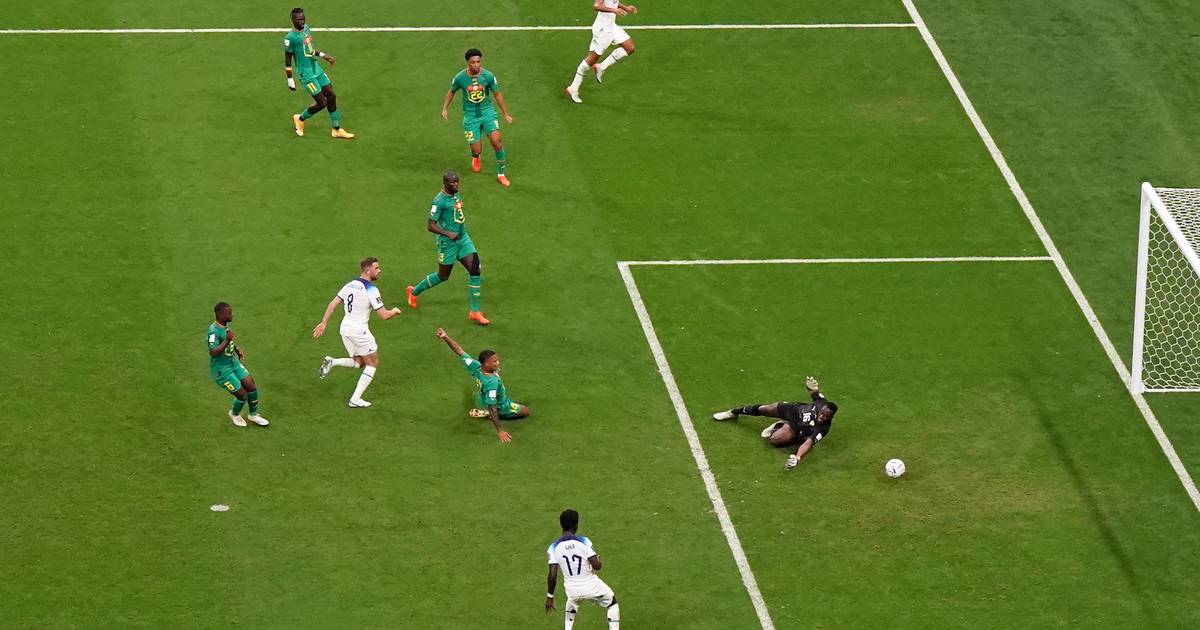 One of the great TV exchanges at the World Cup happened 20 (!) years ago, after Senegal reached the quarter-finals in Japan, beating Korea and France along the way and drawing with Denmark – when we were reliably informed that they were not the knowledge to deal with the European opposition.

Paul Gascoigne: “Sen-e-gawl, which I had never heard of before, looked very impressive.”

Des Lynam: “You had never heard of Senegal?”

Des: “They have been part of Africa for a while.”

So the chat ahead of this 2022 match was going to be a test of how far England’s knowledge had progressed, would it be a little less dismissive of non-European/South American opposition?

Gary Lineker had already wrestled with the test by dismissing any idea that Sen-e-gawl would put Eng-er-land in trouble, wondering aloud whether Gareth Southgate would rest Kyle Walker for the quarter-final against France. (“Poland: Hello?”).

But look, as it turned out. Senegal didn’t have the courage to beat England, not even Jordan Henderson scored

And Lee Dixon, co-commentator with ITV, was also a bit presumptuous when he told us that “if England just concentrate on doing their jobs individually then there shouldn’t be a problem”.

But look, as it turned out. Senegal didn’t have the courage to beat England, not even Jordan Henderson scored.

So, they march. Expect mentions of the Battle of Agincourt, Waterloo and the like, while realizing that Eng-er-land has never faced a more formidable foe than Kylian Mbappé.

Before the match, Mark Pougatch was buzzing with the atmosphere in the stadium, largely created by the Senegalese supporters.

“The Sound! The Dance! The Music!”

This also took us out of memory.

Bill O’Herlihy: “John, you were in Germany for most of a week, an extraordinary collection of people from all over the world, a great atmosphere?”

Gilesie: Was it only a week, Bill?

Then Roy was urged to perform in I’m A Celebrity, Get Me Out of Here by Queen of the Jungle Jill Scott. known to this bank, like tripe (the lining of the stomach of a sheep or cow), drisheen (a blood sausage) and crubeens (pig’s trotters).

Anyway. Team news. Saka back in, Rashford out. Gary Neville, on loan due to delaying his principles at beIN Sports, and Ian Wrightie were concerned. “You can’t pick everyone,” Roy reminded them, which they conceded, albeit grudgingly, is true.

The boys were happy with the Manchester defense though, even though 50 per cent conceded four goals against Brentford in 35 minutes of the first half earlier in the season.

And then Mark saw two people dancing in the crowd wearing Del Boy and Rodney masks. “Plonkers,” he called them, and you feared that would be the headline in every English newspaper if England didn’t get past Sen-e-gawl.

However, there was little fear of that, England led 2-0 at half-time through Jordan (!) And Harry (not Maguire, the other one).

Once Saka made it 3-0 the opportunity had all the vibe of Mercury, Mark resigned himself to telling us England had adopted a Qat in Catar and named it Dave

Roy had predicted that in advance.

“As night follows day,” he said, crystal ball in hand, “kane will score.”

Second half. Once Saka made it 3-0, the occasion had all the atmosphere of Mercury, Mark resigned himself to telling us that England had adopted a Qat in Catar and named it Dave.

And then, to pass the time, Lee told us that David Seaman sent him a cat emoji on his phone. That’s how competitive the – loosely used word warning – competition was.

No doubt Dave was spinning through full-time, job done, England home and hosed down, at a gallop, all those condescending pre-match quotes we’d jokingly send to the bin.

“They haven’t taken a step wrong, these guys,” Gary said, as Wrightie spun beside him. Roy looked like a man craving tripe, drisheen or crubeens.

If you’ve never heard of England, they were once part of Europe. And now they are about to conquer the world.

Deja vu all over again.