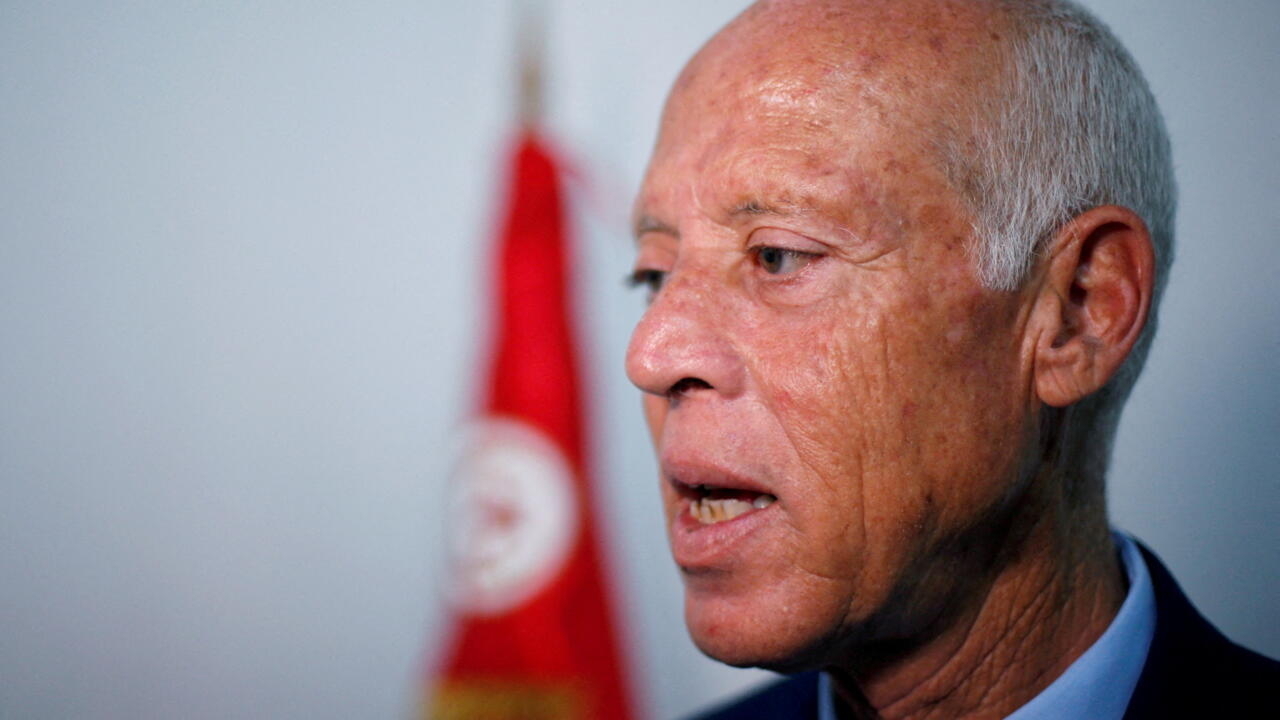 Tunisian President Kais Saied on Friday presented his draft new constitution to the public after months of political unrest. A referendum is expected to be held on July 25 on the fate of the document and, according to some, the fate of the only democracy that emerged from the Arab Spring uprisings. Tunisia’s 2014 constitution established a representative republic based on a parliamentary system, but Saied’s draft, if accepted by voters, would derail it.

Tunisia’s political crisis began on July 25, 2021, following rampant protests over a poor response to the coronavirus, collapsing health care systems, economic decline, high unemployment and fewer government services. In response, Saied invoked emergency powers under Article 80 of the constitution to remove the prime minister and suspend parliament for 30 days, parliamentary immunity and most of the constitution itself.

Saied has since tightened his grip on political power. He fired the defense minister, the acting minister of justice, the CEO of Wataniya (Tunisia’s main national television channel) and members of the government, including former head of the Anti-Corruption Commission Chawki Tabib. The president has further eroded Tunisia’s political institutions by dismantling the Constitutional Commission, which assesses the constitutionality of laws, and indefinitely suspending the constitution in September.

Saied later announced a roadmap on December 14, 2021 to steer the country out of political disaster. That card provided for the amendment of the constitution, a referendum on the document in July 2022 and new parliamentary elections under a new electoral law that has yet to be enacted. passed. Beyond these steps, no presidential elections have been instituted or even suggested by the president.

The dismantling of the country’s political institutions continued into 2022, when Saied dissolved the Supreme Judicial Council in February and the parliament in March after halting the movement; took charge of the Election Commission in April; and fired 57 judges in June on suspicion of “corruption”.

The drastic measures were largely seen as the disruption of a democratically elected parliament and the equivalent of a presidential coup. Moreover, Saied is largely seen as the sole author of the draft of the new constitution, with most political opposition boycotting the process.

The lack of participation in the drafting of the constitution and the absence of any indication of new presidential elections, as Saied has weakened every political entity in Tunisia, is seen by many as the first step towards a “president for life” situation. The country’s mounting economic problems, largely due to the decline in tourism caused by the Covid-19 pandemic and exacerbated by Ukraine’s domestic political climate and war, could potentially fuel further unrest and lead to a protest movement similar to the one in 2011 led to the Arab Spring.

The draft constitution extends the powers of the executive and deprives the legislature and judiciary of its rights. The text, published late in the official gazette on Thursday, states that Saied would continue to rule by decree until a new parliament is elected at the end of the year. It would also allow him to introduce bills and be solely responsible for proposing treaties and drafting state budgets. It would create a new “Council of Regions” as a second chamber of parliament. In the Tunisian constitution of 2014, the parliament exercises more direct political power, taking the leading role in appointing the government and passing legislation.

Under the new text, the government would be answerable to the president, rather than parliament, although the legislative chamber could withdraw the government’s confidence by a two-thirds vote. The president could serve two five-year terms and would have the right to dissolve parliament. Under the draft, a separate electoral law would later be published detailing how voting would work.

Mokhtar said the draft constitution violates the principles of a democratic constitution by not separating branches of government, protecting the judiciary or guaranteeing its independence, and not establishing independent judicial or constitutional institutions to oversee would hold on to the power of the president.

“It is a constitution that increases the prerogatives of the president and gives him not only the executive but also enormous legislative powers and dominion over the judiciary,” Mokhtar said. “The absence of any counterbalance to his authority is felt and the only constitutional entity that remains is the constitutional court, which he owns. We are in a place where the president is omnipresent.”

The draft constitution represents a potentially significant shift in the place of Islam in Tunisia. The first article of the 2014 constitution states: “Tunisia is a free, independent, sovereign state; her religion is Islam…”. The new draft states that Tunisia belongs to “an Ummah” (the global Muslim community) “whose religion is Islam”. Establishing an Islamic identity for the country in the new text “could be an attempt to Islamize the country later,” Mokhtar said.

Saied has retained most parts of the 2014 constitution that enumerate rights and freedoms, including freedom of expression, the right to organize in trade unions, and the right to peaceful assembly. However, in the new text, judges, police, military personnel and customs officials do not have the right to strike. Tunisian judges have been on strike for weeks in recent weeks to protest Saied’s measures to curtail the independence of the judiciary.

A disappointing response from the opposition

When asked why Tunisians allowed Saied to reach his level of power, Klib explains that the president “became so powerful because of the Islamists who have ruled for the past 10 years and made the Tunisians accept every option other than the Islamic”.

Ennahda, an Islamist political party and one of the main forces in Tunisia (and formerly the parliament), has moved to form several coalitions against Saied’s recent movements. In September, it formed a group with most of the other Islamist movements in Tunisia called Citizens Against the Coup, which was responsible for several protests and later joined the National Salvation Front, a coalition of left-wing and national parties, which emerged in May. This coalition, led by left-wing politician Ahmed Najib Chebbi, opposes the president’s roadmap and wants to boycott the July 25 referendum.

Another five left-wing and centrist parties formed a group called the Coordinating Democratic Forces, and decided to participate in the referendum and vote “no” to the draft constitution.

The Tunisian General Labor Union, the country’s most powerful union, approved Saied’s use of emergency powers to fire the prime minister and suspend parliament last July, but has since criticized most of the president’s decisions. The union’s governing body decided on Saturday to allow members to choose whether to vote or abstain from the referendum.

The fragmentation in the opposition ranks, as well as their differing stances on the upcoming referendum, could potentially result in a victory for Saied. If so, “giving the president large, unchecked powers will damage Tunisia’s democratic system in the long run,” Klib said.