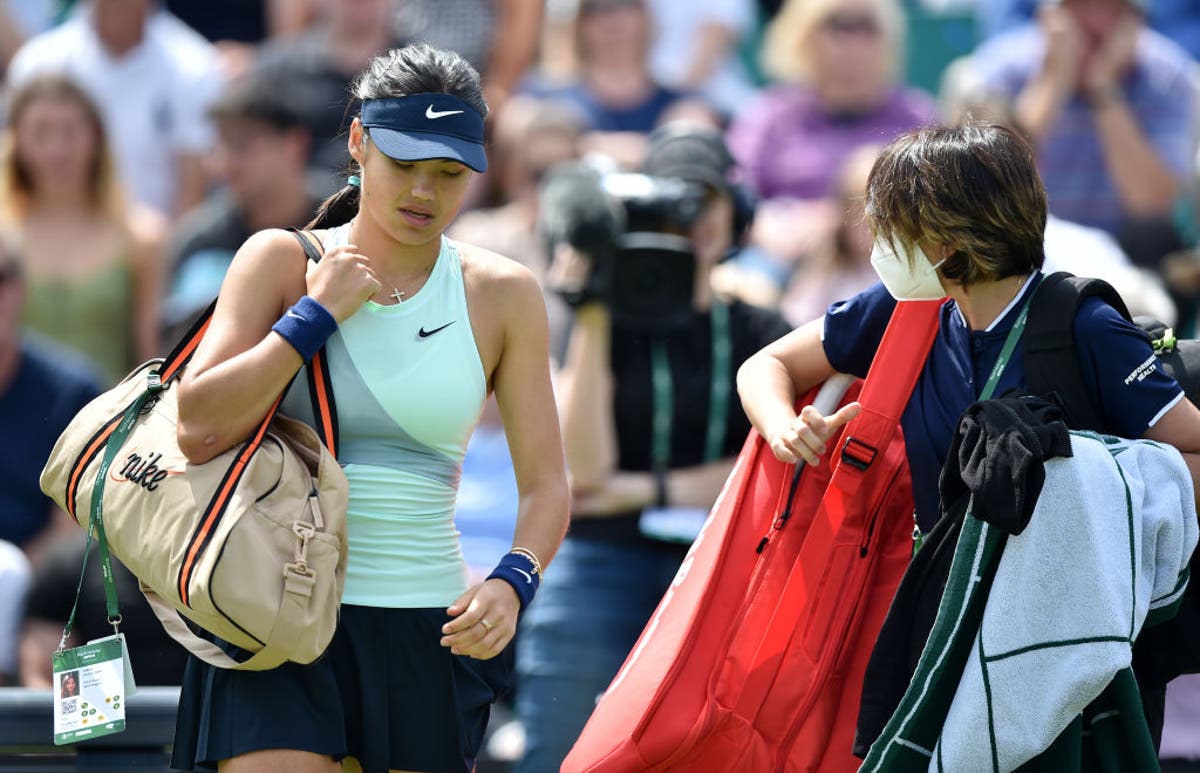 Emma Raducanu admits her Wimbledon dream is on the line after sustaining a ‘freak’ injury and being forced to retire against Viktorija Golubic at the LTA’s Rothesay Open Nottingham.

The reigning US Open champion, 19, conceded the game while trailing 4-3 in the first set after experiencing sudden pain in her side during the opening game.

Raducanu admits the future is uncertain and getting a quick diagnosis will be critical in determining the fate of her lawn season.

“I don’t know what more I could have done about it, so that’s it. I need to get a scan done first – I’ll get it checked and then we’ll see.

“I have no idea [about Wimbledon] – it could have just stalled and spasm. I have no idea and I cannot diagnose myself. I’ll have it checked.

“I don’t immediately think about next week – I try to keep that positive attitude I had.

“I prepared really well for this tournament and I feel good and comfortable – I think even when I was there there were signs that I was quite happy with in terms of playing aggressively.

“It’s just a shame and something random in the first game.”

Raducanu raced for the lead in Nottingham before falling behind while being visibly held back by the injury.

She was given a medical timeout in the first set before being forced to retire and allowing world number 55 Swiss player Golubic to advance to the last 16.

Raducanu has loved performing in front of a home crowd again and hopes a revival of fortune can blast her back to the big days.

“To be honest, I felt really good to go out and play and start my grass season at home,” added Raducanu, who is part of the LTA’s Elite Support Program.

“I feel like I’ve done a really good job and just want to take a break. I don’t really have it and that’s out of my control.

“I can only focus on what I’m doing – I think I’m doing a lot of good work and I have to trust that it will come. It happens for a reason, but I’m right where I need to be.”

For the latest action on the UK summer pitch season, check out the LTA website†