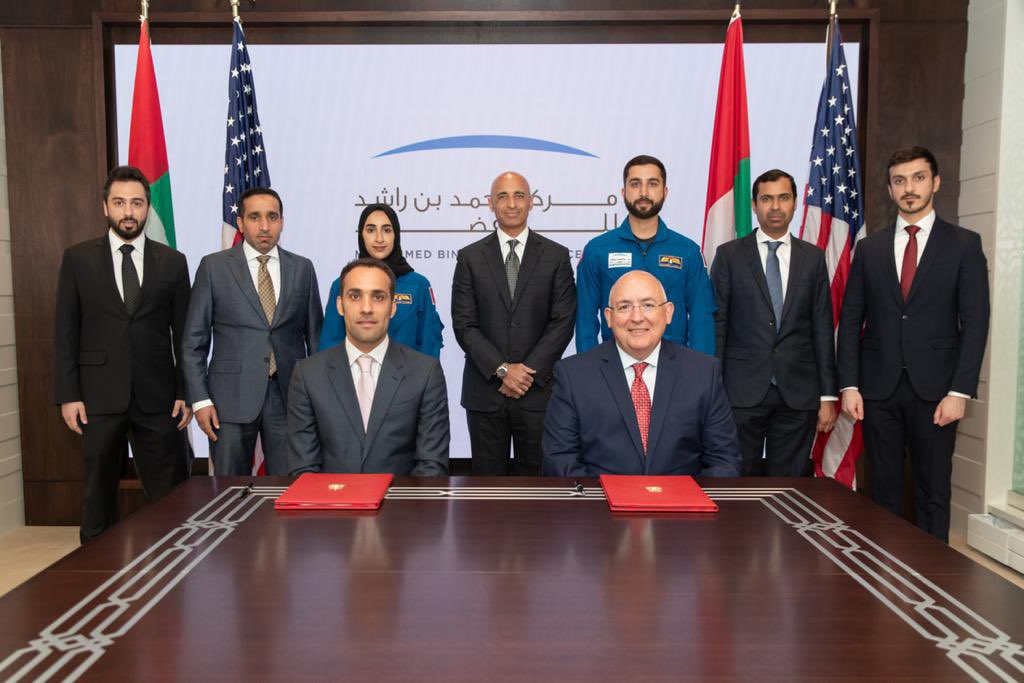 Mohammed bin Rashid Space Center Director General Salem Humaid Al Marri stated that the Emirati astronauts are fully prepared for the first long-term mission after extensive training in preparation for long-term missions in space. The exercises include spacewalking missions and working on the systems of the International Space Station. , and other tasks.

He emphasized that the UAE’s mission will make it the first country in the region and the eleventh country in the world to send astronauts on long-term missions to the International Space Station, and its position as a global player in human space missions, and is proof that the space sector in our homeland has a promising future of growth.

He said in tweets to “Twitter”: “Concerning the signing of this contract by the Mohammed bin Rashid Space Center with “Axiom Space” for the purpose of sending one of the Emirati astronauts to the International Space Station.”

Al-Marri added: “Thank you, Your Highness, for your precious trust. The first long-term mission for Arab astronauts will be a qualitative leap in manned space missions in the region. An exceptional mission defined by your exceptional vision for us, And we will strive to achieve his goals.”

He pointed out that “the mission will be launched in the spring of 2023 and will be on board the International Space Station for six months, and we have established an integrated program of experiments and studies for it, in which we will work with many countries on the field of research, and we will provide new information and data that will serve future missions and the scientific community worldwide.”
Al-Marri said: “In preparation for the mission, we signed a contract with Axiom Space, which aims to enhance cooperation with NASA over the six-month period in space. Our partnership with NASA is strategic. It has tangible successes and we are trying to strengthen it.”

He pointed out that “a new phase of human space missions in the region began with the signing of this contract by the Mohammed bin Rashid Space Center with “Axiom Space” with the aim of sending one of the Emirati astronauts to the International Space Station as part of of the NASA and SpaceX Crew-6 mission.