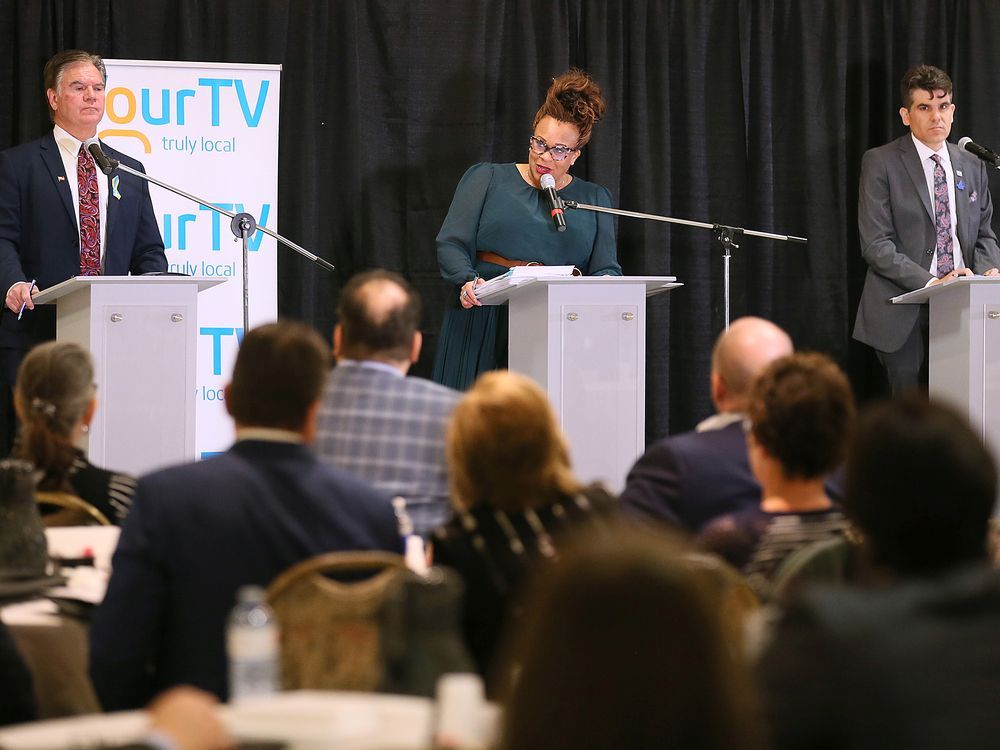 With longtime MPP Percy Hatfield retiring, Windsor-Tecumseh riding will have a new representative in Queens Park after the June 2 provincial election.

There are 10 candidates on the ballot in the running to replace Hatfield of the NDP who held the seat in the three previous elections dating back to 2013.

This time, Gemma Grey-Hall will be wearing the NDP party banner while driving.

She cites electricity supply as a major concern in her drive, not only to address investments such as the LG Chem plant, which the city is in danger of losing, but also to provide for the new hospital and surrounding housing projects that are to come. expectation in that South Sandwich area.

“The people chose Doug Ford and he tore up renewable energy contracts that had been agreed,” she said. “Now we have a power shortage that did not meet LG Chem’s requirements.

“We are a car city and it is imperative that we don’t push jobs away due to lack of power. If this company pulls out, what now?”

Gray-Hall, who works as a University of Windsor fundraiser for the science faculty, believes that, beyond her party’s stances on health care and worker support, voters should consider supporting her because they appreciate the diversity of these. city ​​reflects.

“I moved here 20 years ago and I love that this community has so much to offer,” she said. “I run to inspire others to get involved. I know that different voices matter.

“We need a political system that includes everyone and that’s what the NDP stands for – it’s inclusive for all of us. When you (choose) candidates that reflect diversity, it inspires others to get involved.”

Tecumseh councilor Andrew Dowie is a provincial candidate for the Progressive Conservatives for the first time.

He cites the planned hospital as the main problem for his driving, along with addressing the escalating cost of living.

“With the hospital, there’s frustration that it’s not ready yet,” Dowie said. “The story is that the Liberals pushed for it but then waived funding (its progress) in the budget.

“Doug Ford has supported the progress of this project (County Road 42) and has approved the investment to move it to Phase 3.”

Dowie, who works as a civil engineer with the City of Windsor, said he has the most board experience among all driving candidates after serving two terms on Tecumseh’s council. Support for him would also give the local region “a voice in government”, he said, as a number of political polls indicate Ford will be re-elected as prime minister.

“I am ready to take on the responsibility of being in government and making sure our voices are heard,” Dowie said. “No one else can have the influence I will have as a sitting member of the government.”

Windsor Count. Gary Kaschak is the horse liberal candidate and calls health care the number one concern of voters in the horse riding he has spoken to.

“We can talk about waiting times — whether it’s in the ER, getting an MRI, having surgery, seeing doctors, or getting mental health,” he said. “There is just such a backlog in the system. We are competing here with Michigan and Detroit to keep our doctors and nurses.

“Long-term care is also a real concern with what’s happening along the way. There’s just not enough money being spent on health care in general under the Ford administration.”

Kaschak believes his time on the City Council since his election in 2018 has shown voters that he is a ‘hard worker’, along with his 38-year working history in the public sector at Revenue Canada and Canada Border Services Agency.

“I’ve spent a long time on it and really enjoy helping people,” he said. “This (being MPP) suits me to move forward and help people improve their lives.”

This is the very first campaign for Green Party candidate Melissa Coulbeck, who works locally as a landscape designer.

“One of the biggest issues I’ve heard is the location of the new hospital and the affordability of housing — especially for people my age and younger families trying to buy a home,” she said.

Though new to politics, Coulbeck said she was often outspoken on climate justice issues and the importance of native habitats.

Windsor-Tecumseh’s other candidates include Steven Gifford of the Ontario Party, Sophia Sevo of the New Blue Party, David Sylvestre of the None of the Above Democracy Party and independent candidates Giovanni Abati, Nick Babic and Laura Chesnik.