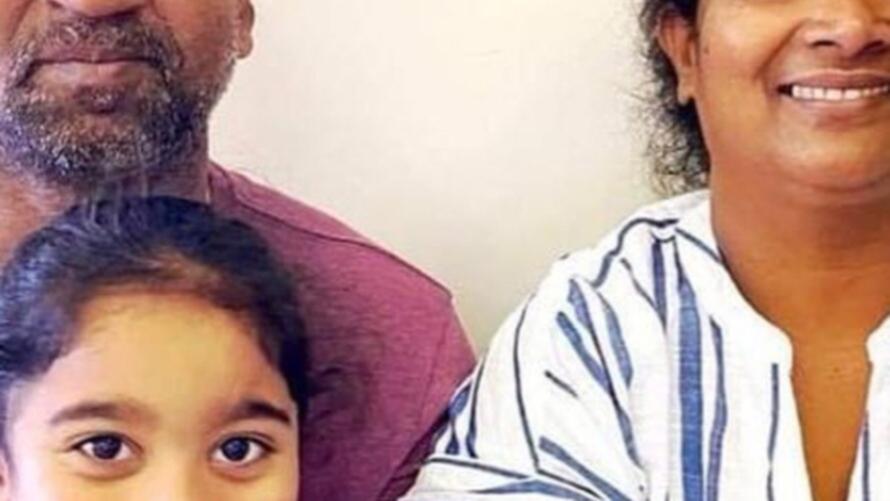 The Tamil family of asylum seekers who fought to return to the Queensland town of Biloela have reacted to the election results with “happy tears” as Labor promised they could go home.

Scott Morrison, on the other hand, had ruled out intervention in the case of Priya and Nadesalingam Murugappan and their two Australian-born daughters, saying it would effectively give the green light to people smugglers and “the carnage at sea”.

A statement from Angela Fredericks, of the Home To Bilo campaign, said the family was overjoyed with the election result because of what it means to them.

“Mr. Albanian has promised to allow our friends Priya, Nades and their girls Kopi and Tharni to return home to Biloela,” she said.

“We just called Priya in Perth and told her she and her family were coming home.

“Many happy tears were shed.”

Ms. Fredericks said the “long, painful saga” had finally come to an end.

“This family has been evicted from their home for more than four years,” she said. “They had never taken them away from the city that loved and needed them.

“As they make the long journey to Biloela to resume their lives here, they are also embarking on a journey of recovery and healing.”

Priya and Nades are two Tamil asylum seekers who came to Australia by boat from Sri Lanka ten years ago during the civil war and settled in central Queensland after being granted a bridging visa.

They lived and worked in the town, where their two daughters Kopika and Tharnicaa were born, until their transition visas expired and they were finally sent to Christmas Island in August 2019, where they became the only residents of the detention center there.

They were later moved to Perth after three-year-old Tharnicaa contracted a blood infection, where they had remained in limbo under a coalition government, despite pleas from Biloela residents and other supporters to “bring them home”.