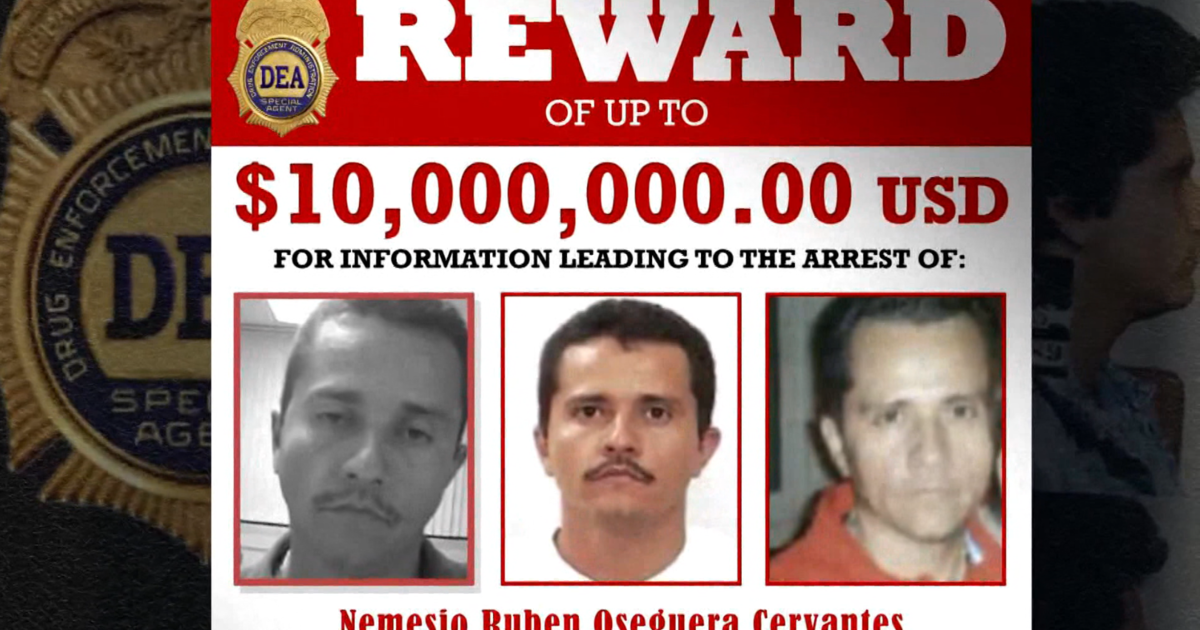 The army said it captured Antonio Oseguera in possession of weapons in a suburb of Guadalajara, the capital of the western state of Jalisco. It said he oversaw violent action and logistics, as well as buying guns and laundering money for the hyper-violent Jalisco New Generation Cartel, often known simply as the Jalisco Cartel.

The US Treasury Department lists Antonio Oseguera’s alias as “El Tony Montana”, a clear reference to the fictional protagonist of the 1983 gangster movie “Scarface”. According to the Treasury Department, he was serving a prison sentence in the US following an arrest in 1996 on charges of heroin “before being deported to Mexico and re-engaging in drug trafficking”.

Antonio Oseguera is on a Treasury Department sanction list for his ties to the cartel. However, it was not immediately clear whether there is a US extradition order for him.

The state of Jalisco was immediately put on high alert following the arrest of Antonio Oseguera. In a statement, the military called the arrest a “powerful blow” to the Jalisco cartel.

Authorities previously arrested El Mencho’s wife, who claimed she was involved in the cartel’s illegal activities. In 2020, El Menchos daughter was arrested in Washington DC on charges of drug trafficking,

The United States has offered a $10 million reward for El Mencho’s arrest, but the cartel has violently resisted previous attempts to arrest him.

“He is the number one priority for DEA and quite frankly for federal law enforcement in the United States,” said DEA agent Matthew Donahue. told CBS News in 2019.

Mexican President Andrés Manuel López Obrador has said Mexico no longer has a policy of detaining drug lords, but authorities have gone after top lieutenants of some cartels, including the Jalisco.

The Jalisco Cartel is perhaps the most powerful and violent in Mexico. It made a name for itself with brutal attacks against Mexican security forces, including a 2020 assassination attempt on Mexico City’s police chief that left him wounded and three other people killed.

In 2015, cartel gunmen shot down a Mexican military helicopter with a rocket-propelled grenade.

Last week, the Mexican military said the Jalisco Cartel kidnapped a colonel who commanded a detachment in the gang-dominated northern frontier town of Nuevo Laredo, across from Laredo, Texas.

The cartel has relentlessly expanded its territory beyond Jalisco, sparking bloodshed in states like Guanajuato and Michoacan, and reaching its tentacles in Mexico’s Caribbean resort towns in Quintana Roo.

The cartel’s main activity is trafficking drugs to the United States, specifically methamphetamine and fentanyl.

The head of the Drug Enforcement Administration told CBS News that the Jalisco Cartel is a driving force behind the influx of fentanyl into the US that is killing tens of thousands of Americans.

“What we are seeing happening at DEA is essentially there are two cartels in Mexico, the Sinaloa Cartel and the Jalisco New Generation Cartel, who are killing Americans with fentanyl at catastrophic and record rates like we have never seen before,” said DEA administrator Anne Milgram. told “CBS Mornings” in August. “Those cartels act with calculated, deliberate treachery to get fentanyl into the United States and get people to buy it through fake pills, by hiding it in other drugs, any means they can use to stimulate addiction and to earn money.” .”