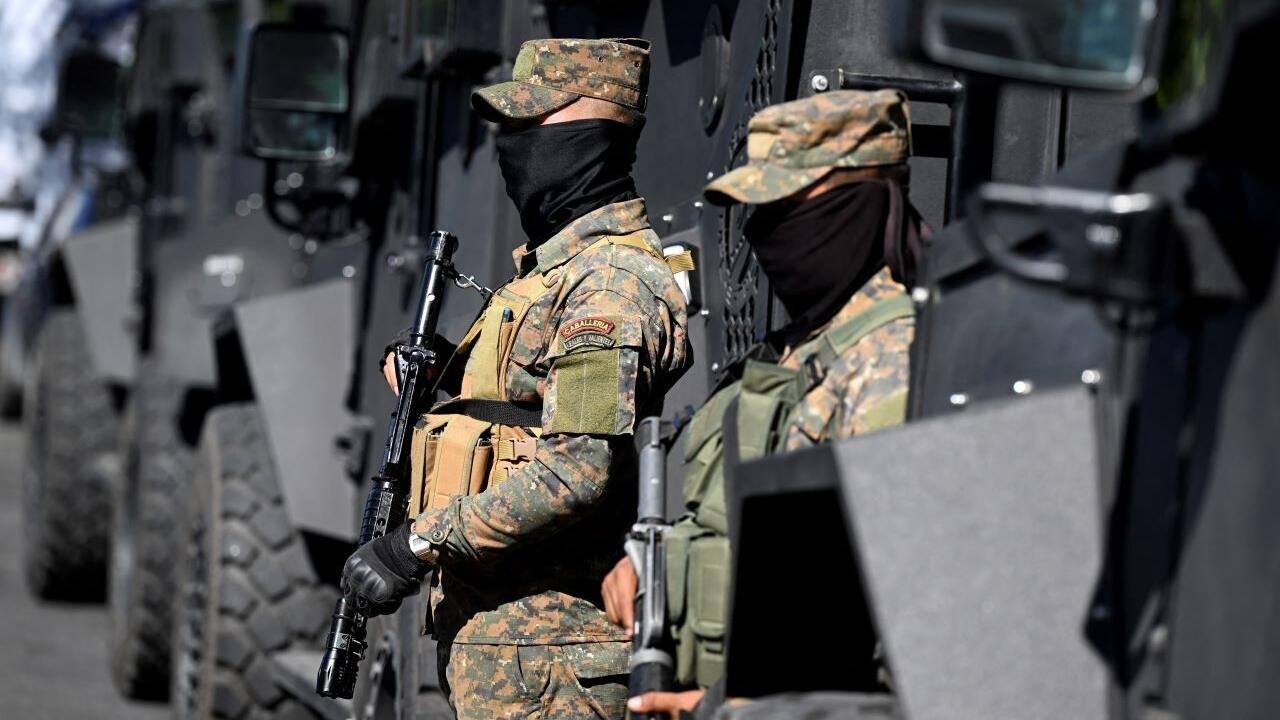 El Salvador’s government sent 10,000 soldiers and police on Saturday to seal off a town on the outskirts of the capital to search for gang members.

The operation was one of the largest mobilizations to date in President Nayib Bukele’s nine-month crackdown on street gangs that have long extorted money from businesses and ruled many districts of the capital San Salvador.

The troops blocked roads going in and out of Soyapango township to check people’s documents. Special teams went into the city looking for gang suspects.

“As of now, the township of Soyapango is completely surrounded,” Bukele wrote on his Twitter account. He posted videos showing rows of gun-carrying soldiers.

As of now, the municipality of Soyapango is completely fenced.

8,500 soldiers and 1,500 officers have surrounded the city, while police and army extraction teams are tasked with freeing all remaining gang members one by one. pic.twitter.com/9QIpj0ziwX

More than 58,000 people have been jailed since a state of emergency was declared at the end of March following a spate of killings. Rights groups have criticized the mass raids, saying they often round up young men based on their appearance or where they live.

It was part of what Bukele had called “phase five” of the crackdown in late November. Bukele said such tactics worked in the city of Comasagua in October.

In October, more than 2,000 soldiers and police surrounded and sealed off Comasagua to search for members of street gangs accused of a murder. Drones flew over the city and anyone entering or leaving the city was interrogated or searched. About 50 suspects were detained in two days.

“It worked,” Bukele said. The government estimates that the number of homicides in the first 10 months of the year fell by 38% compared to the same period of 2021.

Bukele petitioned Congress to grant him extraordinary powers after gangs committed 62 murders on March 26, and that emergency decree has been renewed every month since. It suspends some constitutional rights and gives police more powers to arrest and detain suspects.

Under the decree, the right to association, the right to be informed of the reason for an arrest and access to a lawyer are suspended. The government can also intervene in the phone calls and emails of anyone they consider a suspect. The time that someone can be held without charge is extended from three days to fifteen days.

Rights activists say young men are often arrested based on their age, appearance or whether they live in a gang-dominated slum.

El Salvador’s gangs, estimated to number some 70,000 in their ranks, have long controlled parts of the territory and extorted and killed with impunity.

But Bukele’s crackdown reached another level earlier this month when the government sent prisoners to cemeteries to destroy the graves of gang members at a time of year when families typically visit the graves of their loved ones.

Non-governmental organizations have counted thousands of human rights violations and at least 80 detained deaths of those arrested during the crackdown.