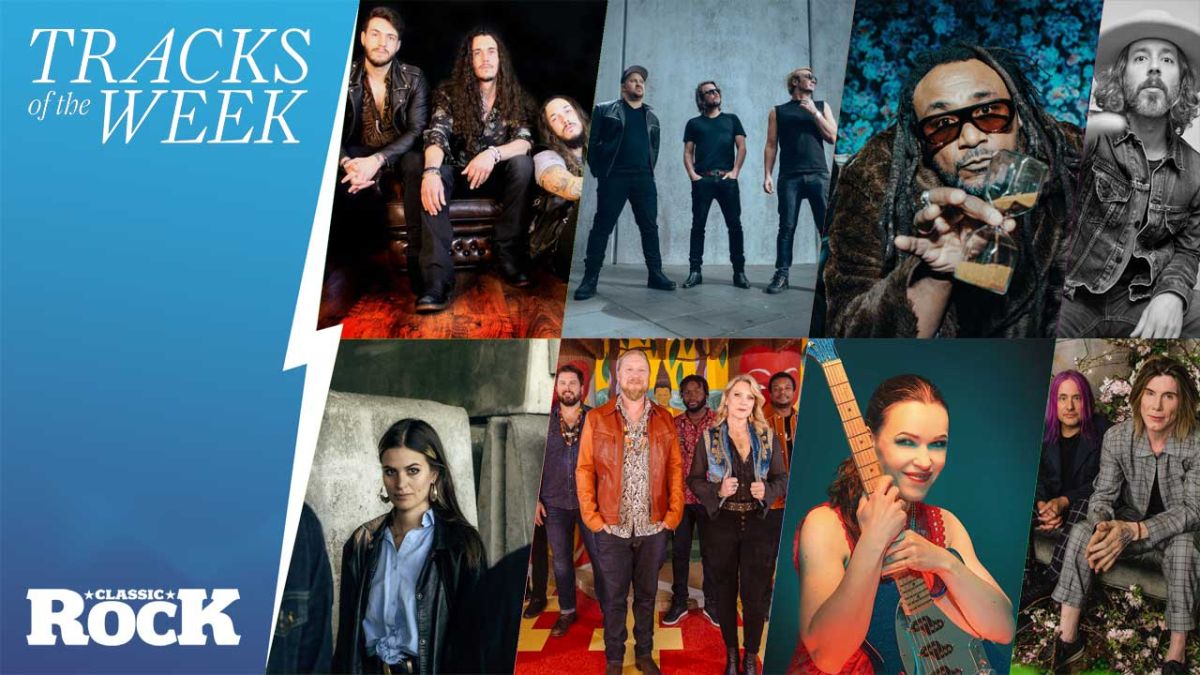 We will. What a struggle that was. Last week’s Track Of The Week was one of the liveliest in living memory, with Revival Black taking over all the newcomers and beating most of them quite convincingly.

The exception was Troy Redfern, whose Come on only (opens in new tab) batted well, but was beaten in the final furlong, as Liz Truss might say about a basketball game. And if we may continue in this way, we must also congratulate Deraps, whose Veins of my heart (opens in new tab) scored a homerun and a triple-double, but eventually lost in the shoot-off of the third quarter.

This week we have eight more free agents tuning their engines for another kick-off return. Get away! one hundred and eighty!

Blackpool trio A’priori was featured on this part of the interweb before; now they’re back with a funky, cranked up new song that ripples along as Red Hot Chili Peppers storm the city with Clutch. With wonderfully wiry riffs, an easy-to-sing chorus, and a video chock full of ‘random’ wedding photo booth-friendly items (santa hats, lightsabers, horse masks…), it’s clear they’re having a great time – creating the kind of party atmosphere in which you want to get involved.

Another trio now, this one with a modern alt rock bent and based in Auckland, New Zealand. The chorus is an emotional, soaring affair, and the whole song builds steadily with electronics, a keyboard part and even strings as the bridge peaks. But really, for us it’s all about that monstrous guitar hook – slathered after that springy, slightly Weird stuff-y open synths. Their debut album, A hero’s journeyis out now.

Dub War – Back Up

Need a pick-me-up? Dub War is behind you. Faith No More drummer/longtime fan of the band Mike Bordin is a guest on this driving, heartbreaking taste of the new album (DW’s first in 25 years) Westgate under fire — out on August 5. “I’ve always wanted to empower and uplift those going through a tough time,” explains main man Benji Webbe, “and in days like these, who isn’t… Here’s what Stand back up was made for.”

“Fold your worries into paper airplanes!” Such is the whimsical advice of this cathartic, uber-catchy dose of power pop rock; the kind of roots-flecked, feel-good tunes with a heart of darkness that beat with Ryan’s previous Ginger Wildheart collaborations. Like what you hear? The Texan singer is coming to the UK in October for a full-band, co-headline tour with Jason & the Scorchers man Warner E. Hodges.

Taken from I am the moon: II. Ascension Day – the second part of their four-album I Am The Moon Series – Playing With My Emotions captures that smoky-sweet, bourbon and honey richness that Susan Tedeschi, Derek Trucks and their crack soul rock squad do so well. Parts three and four (complete with movies) are due in August and September, and they’re coming to the UK in November, so there’s a lot more good where this is coming from.

With a riff that sounds like one that would have been written by Billy Gibbons on a trip to Nashville after he went to When the dike breaks in the car, Finnish blues mistress Erja Lyytine’s Bad seed is a great way to announce a new album. “I wanted to make a song that you could dance to,” says Erja. “This track has a great groove and immediately gets you moving.” Indeed it does. That new album is waiting for the daylight, and it comes out in October.

Goo Goo Dolls has a thirteenth album on the way (Chare in bloomout August 12), and new single Yes I like you suggests they haven’t lost any of their songwriting. You could probably write a longish Wikipedia page on songs written about the dangers of social media, but this one is a goodie, with razor-sharp lyrics and a chorus that floats like an endorphin rush. “Celebrities these days have a very fast burn,” says head puppet John Rzeznik. “It was hard not to be consumed by it during the pandemic.”