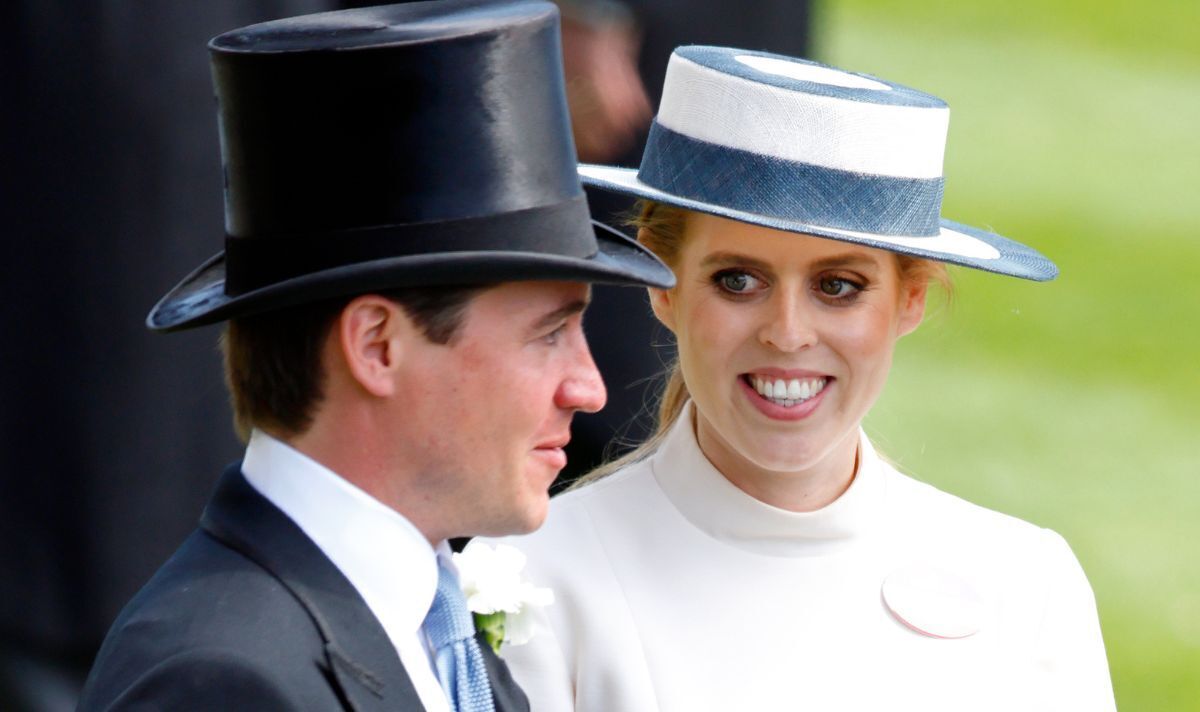 The photo showed the royal couple beaming at the camera, arms around each other, as they stood in front of The Ram sculpture on the infamous racetrack.

Edoardo, 38, delighted fans with the rare photo posted to his Instagram page.

Alongside the snap, he wrote: “The Ram. Congratulations @davidwilliamsellis”.

A few weeks earlier, the developer had shared another image of the statue, explaining that its creator was his stepfather.

He wrote: “David Williams-Ellis the most incredible sculptor, creative genius and also my stepfather. @davidwilliamsellis.

“The sculptures of David Williams-Ellis are inspired by the romanticism of Rodin and Bourdelle, they are known for their classical balance and poise and above all for a sense of movement and vitality captured in the form.”

First unveiled to the public at the Royal Ascot, the sculpture is made with over two tons of clay and one ton of steel.

In the photo of the happy couple, Princess Beatrice wears an elegant white dress with a matching boat hat with contrasting navy blue detail, while Edo wore a smart three piece suit and top hat.

The image sparked a social media frenzy among royal fans who are used to seeing Edo share photos of luxury properties on his Instagram more often.

The couple, who tied the knot in Windsor in July 2020, were joined by other royals in Ascot, including Prince Charles and Camilla, Sophie, the Countess of Wessex and Princess Anne.

Sadly, the Queen – who is normally a regular at the Berkshire Racecourse – had to miss the event this year due to her lingering mobility issues.

However, it was suggested that the 96-year-old monarch would likely watch from home, just seven miles away at Windsor Castle.