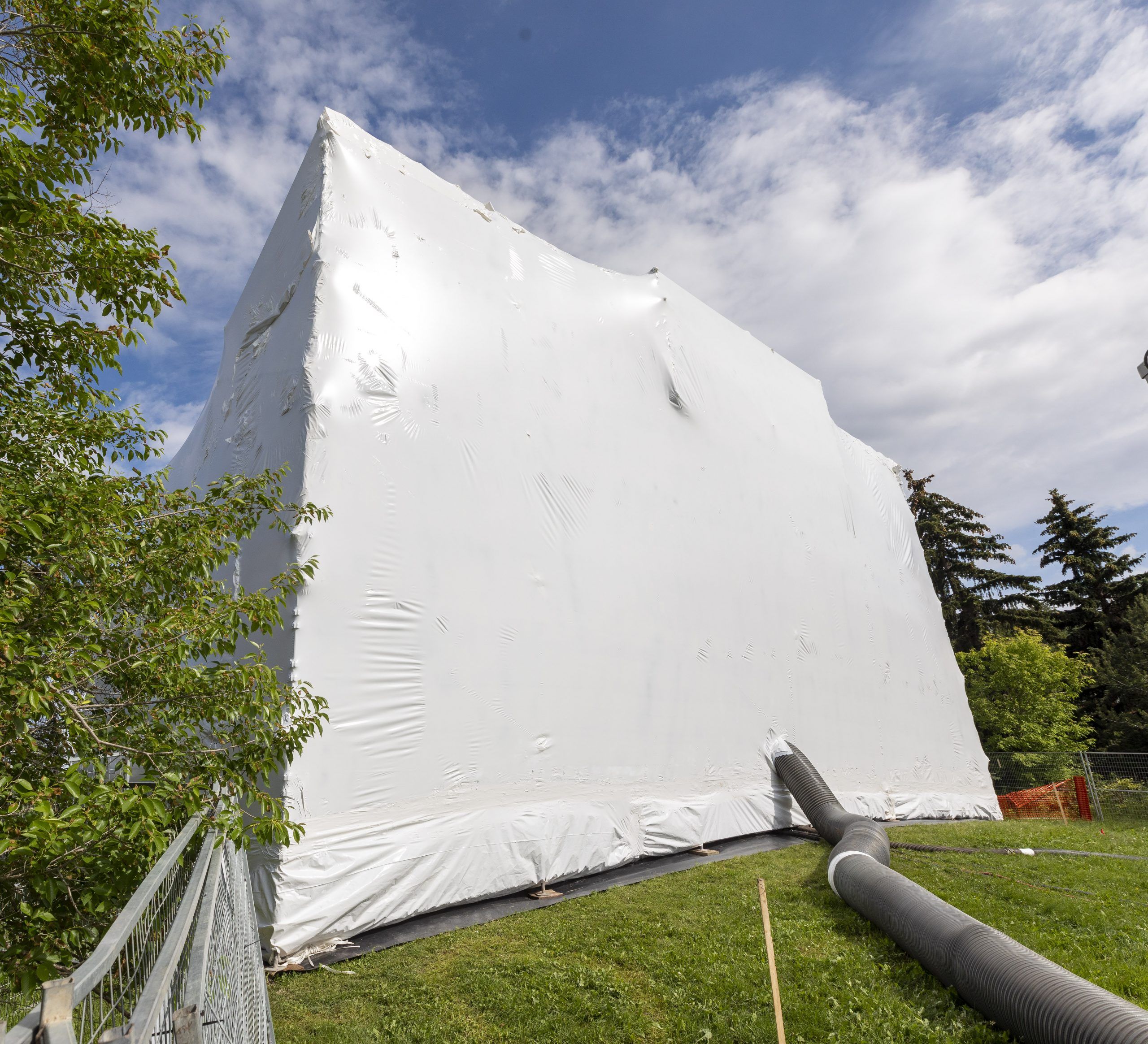 The Peace Dove in Gallagher Park, which marks the first papal visit to Edmonton in 1984, is undergoing renovations ahead of Pope Francis’ planned trip to the city in late July.

The town monument near Muttart Conservatory has been surrounded by scaffolding for over a week as crews work to repair and repaint the artwork ahead of the Pope’s visit between July 24 and July 26.

The five-ton sculpture was created to celebrate Pope John Paul II’s visit to Edmonton in 1984, and the city says it expects the dove to be a popular attraction in the coming weeks.

“It is important that the work is done now as we expect visitors to begin viewing the statue during the Pope’s time in Edmonton,” a statement from the city said.

“It is important that the statue is in good condition.”

A city spokesman said the structure showed signs of corrosion. Scaffolding is needed to properly remove the lead paint.

Work was accelerated after the pope’s visit was confirmed, the city said. The cost of the upgrade is set at $441,000, which will be covered from existing budgets unrelated to the Pope’s visit.

“While we recognize that this is significant, the costs reflect current industry standards,” the statement said.

The Dove of Peace was designed by Edward J. Williams, who created it to stand above the altar where Pope John Paul II delivered a speech on a farm north of Edmonton during his 1984 visit.

Edmonton Catholic Schools later acquired the statue and helped raise money to move it to its current picturesque location in 1988.

Pope Francis’ visit to Edmonton was announced in May as part of a six-day visit to Canada, during which he will also visit Iqaluit and Quebec City, as well as sites of former residential schools.

The Pope is 85 years old, uses a wheelchair a lot due to a knee problem and cannot travel in a car for more than an hour at a time – raising some concerns that the trip may have to be cancelled.

But the itinerary for the visit was released last week and shows the Pope’s arrival in Edmonton on July 24 and an airport ceremony.

On July 25, he will visit the site of the former Ermineskin Residential School in the Maskwacis Indigenous Community, about 50 miles south of Edmonton.

Later, he will join residential school survivors from across the country for a formal event before appearing at the Sacred Heart Church of the First Peoples in the McCauley Community in Edmonton.

Pope Francis will celebrate the Feast of St. Anne on July 26 with an open-air Mass at the Commonwealth Stadium – an event that will incorporate Indigenous traditions. A maximum of 65,000 participants are expected.

The Pope then travels to a pilgrimage site at Lac Ste. Anne, about 60 miles northwest of Edmonton, in the evening before leaving for Quebec the next day.

The trip will be the fourth papal visit to Canada and the first since Pope John Paul II visited Toronto in 2002.

– with files from Hamdi Issawi