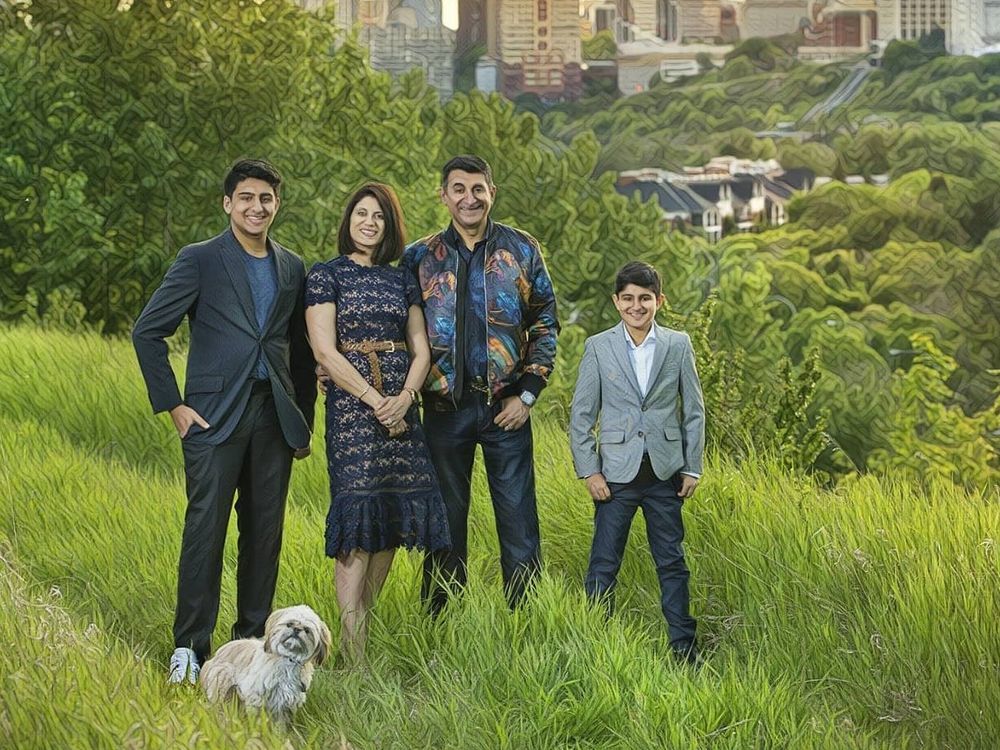 As a child, Ashif Mawji’s fascination with how things worked often angered his parents.

“They didn’t like me opening the VCR or TV to see how they worked,” he says. “I often couldn’t put them together anymore.”

Now an admired social entrepreneur and investor in Edmonton, Mawji says he was 12 years old in his native Kenya when he found watches equally complicated and fascinating – and started selling them at exchanges.

“My parents taught me that I could get anything I wanted if I worked hard,” he said. “I found a dealer who would give me watches on consignment and I would sell them and take a share of the profits.

“I’ve always had an affinity with watches and now have about 80 of them. I love all the different designs, complications and colors.”

It seems logical that the inquisitive youngster, when he later became acquainted with computers in his native Kenya, would quickly see potential.

“I loved computers and instead of playing games on them, I learned to program,” Mawji says.

His family came to Canada in 1987. He later graduated from NAIT’s computer systems technology program and went directly into IT consulting, establishing his own company.

“I built relationships, showed my work ethic and ended up being part of winning a $60 million IT outsourcing deal.”

Mawji’s first business transaction was to buy a lake house in Alberta and sell it to nearly double his investment.

He then earned a nice bonus when he bought a waterfront condominium in Vancouver and then went on to invest in commercial buildings in the US and Europe.

In 2006, Mawji made his first investment in angels – an ‘angel’ is a wealthy individual who provides financial support to small start-ups or entrepreneurs.

More than a decade ago, Mawji, now 50, sold his company Upside Software for undisclosed tens of millions of dollars and is now invested in more than 110 companies worldwide and in more than 10 funds.

Mawji is a venture partner of Silicon Valley’s Rising Tide, a venture capital firm that finances entrepreneurs who help propagate the vision of its founders. Mawji is also a director of ScaleGood Fund LP, a social impact venture firm that strives for great financial results and measurable social impact results.

“I know I can’t work for anyone, so the entrepreneurial route is the best path for me,” he said. “I’m not afraid to take risks.”

The entrepreneur has helped many community organizations in Edmonton.

He has served as president of both the Edmonton Police Foundation and the Alberta Young Presidents Organization.

“Giving back to the community is something my parents taught me and it is part of our Muslim faith,” Mawji said.

“We have learned to always give back, even if you don’t have much. There’s a saying, ‘A rising tide lifts all boats,’ which suggests that the more we all give back, the better we all get.”

Part of Mawji’s community recognition includes the award with the Queen’s Gold and Diamond Jubilee Medals and the Alberta Centennial Medal. He has been a winner of Canada’s 50 Best Managed Companies award three years in a row; recognized as one of NAIT’s top 50 graduates in 50 years and now serves as an honorary colonel for the Canadian Army’s 20th Field Artillery Regiment.

Mawji praises his wife Zainul for her part in his success and says that if there was a real Wonder Woman, it would be her.

“She is by far the smartest, nicest and most amazing person I know,” he said. “Every success I’ve had is due to her unconditional support.”

Zainul, the gold medalist in her MBA program, is today the Executive Vice President of Telus, overseeing approximately 10,000 employees and generating several billion dollars in revenue.

“She keeps our family together and makes sure that our children Aariz, who is 12 and Kinza, who is 16, are focused in school and are well-rounded, kind and inclusive,” her husband said.

“We are both Type A people and love to be super busy and productive. But we have now found a balance between work and pleasure and take our children on trips abroad every year.”

The family all love the Oilers, dating back to when Mawji shared time with the likes of Wayne Gretzky, Kevin Lowe and Mark Messier. Today, Connor McDavid and Leon Draisaitl are known to stop by Mawji’s house for a refreshing drink and charity events.

Some tips for investors:

“Automation is becoming the key to success in any industry,” says Mawji. “The more you can do quickly and with precision and accuracy, the better.”

He adds: “Edmonton has now spread its wings as a tech-savvy city and people from all over the world are noticing that we have one of the best talents – the top three – in artificial intelligence and machine learning.”