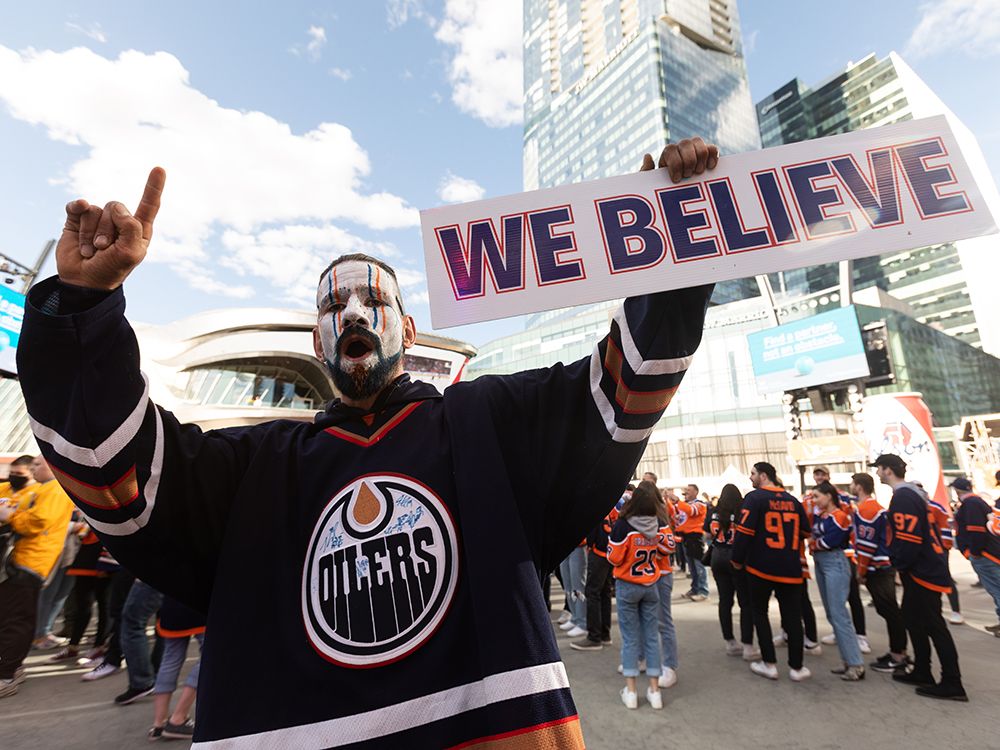 Oilers colors were visible in the windows of downtown bars and restaurants. Pickup trucks with giant flags and orange foam fingers sticking out of the sunroofs could be seen, and singing could be heard.

Fans flocked to Ice District Plaza to watch Game 7 of the Oilers vs. LA Kings NHL playoff series. Jesse and Neil Pandya, who were dressed head to toe in Oilers colors, we hope for an Oilers win.

Neil thinks the Oilers shouldn’t be in this position because they are a better team.

“That said, this is the stuff that dreams are made of… it gets so much better to win in Edmonton,” Neil said.

When asked if they think the team is going to win tonight, Neil replied: ‘It’s going to happen. It is a fait accompli.”