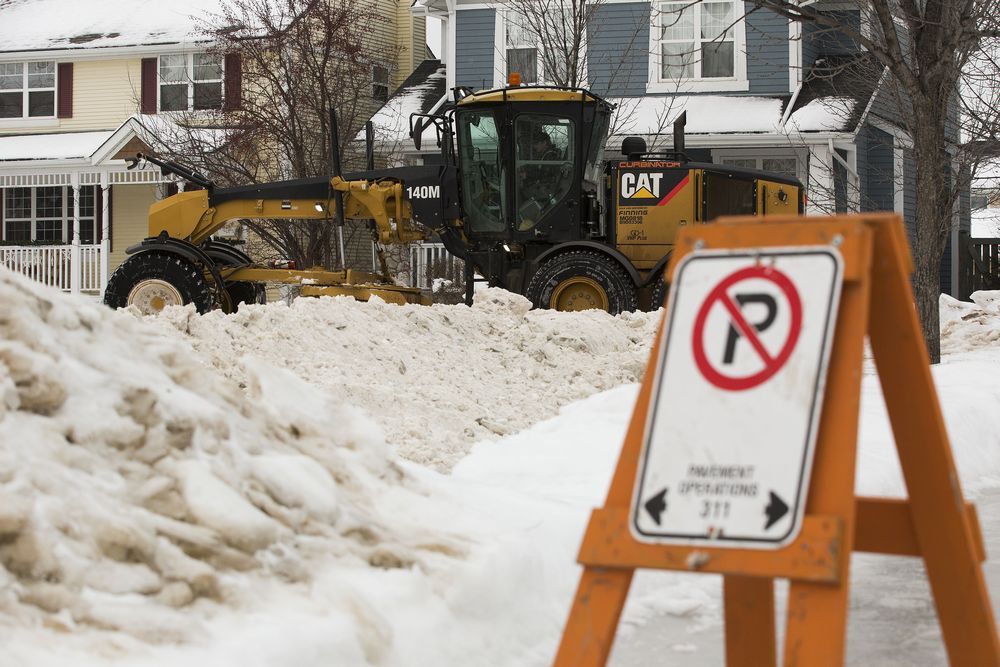 Edmontonians who fail to shovel their sidewalks or move vehicles during a parking ban could face more fines next winter.

City councilors were shortlisted Monday of options they want to include in next winter’s snow and ice budget when the administration gets back to them in June with a more detailed report. The future of how the city clears snow and ice in the winter has been debated in recent weeks, with staff warning that it could cost tens of millions of dollars more to clear roads and trails according to the timelines that Edmontonians seem to expect.

Forcing vehicles to move during parking bans, either using tugs — which could cost $250,000 annually — is a point the council will review later this year. count. Andrew Knack said this may be an expense that could be passed on to drivers who don’t follow the rules.

“We just have to tow the cars, but we might as well make them pay for it,” he said, adding that he could go either way with free or paid tow services. Knack said city officials told him this was also a problem for snow removal and street sweeping.

“We need the cars off the road. The crews can’t do their job well enough when the cars are on the road.”

Increasing enforcement on mandatory pavement shoveling was also on the shortlist. Increasing patrols and ticketing by adding six officers would cost another $800,000.

No decision has been made yet, but the council expressed the most interest Monday in two approaches to snow removal: increasing the budget by $20 million or $42 million.

The first option would speed up clearing by 30 percent, while the second would be about 45 percent faster and get all of the city’s snow removal equipment on the road.

Speaking to reporters, Count. Tim Cartmell said the recent staff report confirmed concerns he heard in recent years that snow removal efforts in the city are not running at full capacity, despite assurances that they are not.

“It seemed like there were fewer trucks doing less work and taking longer to get close,” he said. “We finally agree (on) what we did, and we finally agree that it’s not very good.

“I want us to activate our equipment and start with that, and see where we can go, and step into this gently before we get any more expectations, a whole lot more.”

Last year, the city auditor recommended a series of changes to the snow and ice program after an audit was triggered by an anonymous letter alleging industry mismanagement.

“If there are people who can’t leave their homes because they can’t move, they can’t get on a bus, that’s a problem because we’re not building a city for everyone,” she said at the meeting. “I’d rather cut to other things when we have that discussion about budget than this basic service.”

Clearing public plazas and internal paved paths in parks and playgrounds, clearing residential swaths that block driveways and curbs, clearing swaths on both sides of the road near schools, and a program to assist people who not being able to clear their own snow, and changing sandbox locations and offerings are other issues the council will consider this summer.