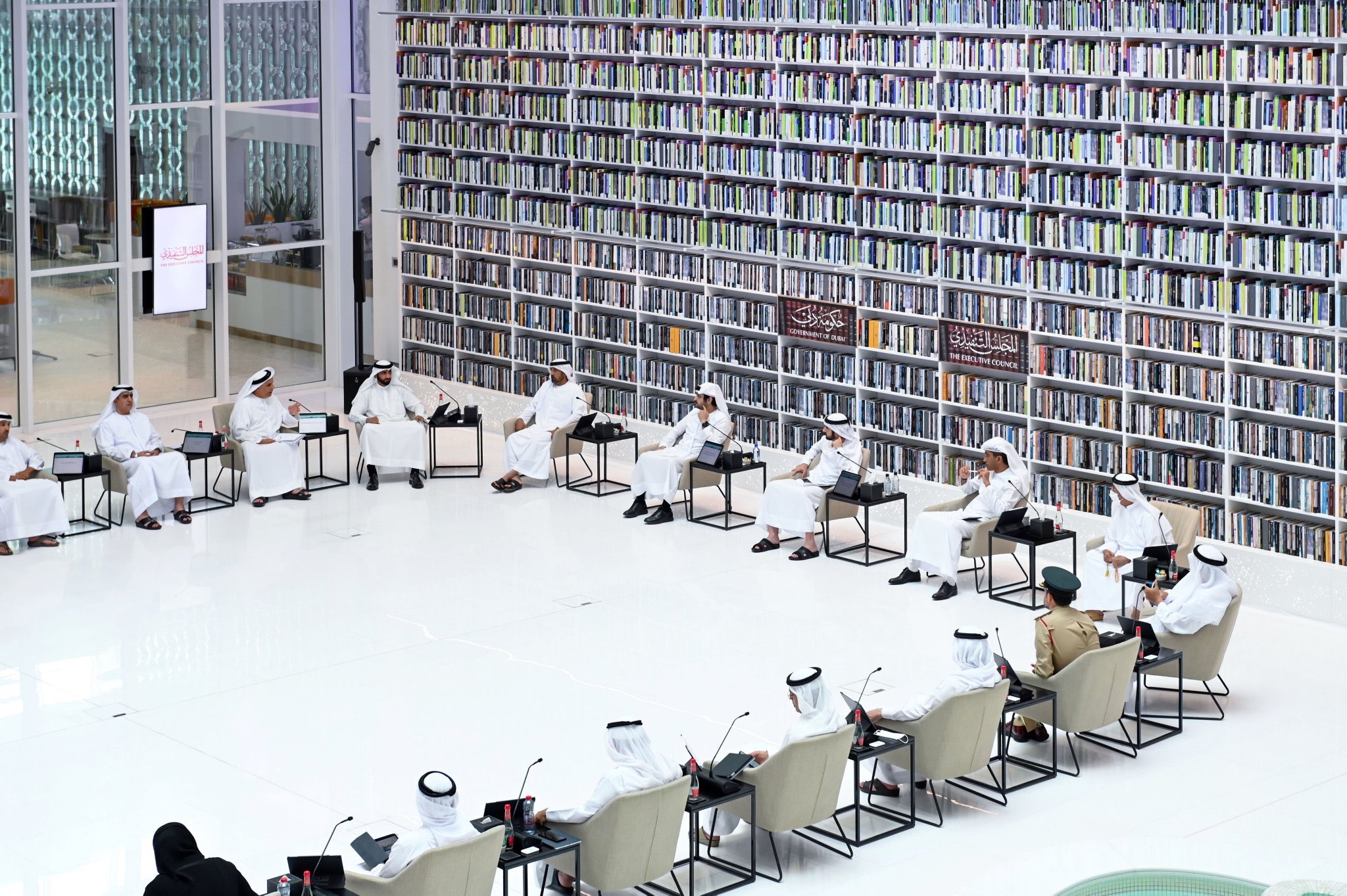 His Highness Sheikh Hamdan bin Mohammed bin Rashid Al Maktoum, Crown Prince of Dubai and Chairman of the Executive Council, confirmed that the vision of His Highness Sheikh Mohammed bin Rashid Al Maktoum, Vice President and Prime Minister of the UAE and Ruler of Dubai, May God protect it, is based on solid rules that create opportunities and pave the way to take maximum advantage of them, leading to a better future with boundless ambitions driven by the integrated economic structure of the emirate, which is one of the key elements to its competitiveness at the global level.

This coincided with the announcement of Dubai’s gross domestic product for the first quarter of this year, at the meeting of the Dubai Executive Council, chaired by His Highness today (Thurs) in the presence of His Highness Sheikh Maktoum bin Mohammed bin Rashid Al Maktoum, Deputy Ruler of Dubai, Deputy Prime Minister and Minister of Finance, First Deputy Chairman of the Executive Council, at the Mohammed bin Rashid Library in Dubai, where the emirate’s economy will grow by 6 in 2021 .2% and 5.9% realized in the first quarter of 2022, with a total value of 102 billion dirhams in the same quarter, confirming the strength of the economic performance. The ability to adapt and grow.

His Highness the Crown Prince of Dubai praised its persistence in achieving growth despite various global challenges, saying: “Dubai has a strong and diversified economic agenda supported by a flexible regulatory and legislative environment that attracts investment and preserves investor rights .”

His Highness emphasized that the government’s economic initiatives and incentives contributed to directly boosting Dubai’s economic growth, in addition to the great success of “Expo 2020 Dubai”, which in turn exerted a strong attraction for visitors from inside and outside the country, which contributed to achieving record performance levels for air transport operations. Maritime and foreign trade surpassed levels reached before the global crisis.

Quality and flexible legislation for the future

During the meeting, the Executive Council approved a package of initiatives and projects in the various strategic sectors on the agenda. of the Emirate and its future directions, taking into account the active participation of the private sector in the process. Evaluate and measure its legislative impact, to improve Dubai’s global competitiveness.

This policy relies on harmonizing the procedures followed by public authorities when preparing and studying legislation, with the procedures and methodology approved by the Commission, in addition to unifying the process of drafting laws and improving their concept of legislative work, and defining the roles assigned to them preparing and simplifying the control procedures of these bodies and ensuring access to a system Integrated, simulating the future, keeping pace with the changes and developments that the emirate is experiencing, and building a system that is compatible with its future aspirations and aspirations.

At the meeting, the Executive Council instructed the General Department of Civil Defense to develop the details of the implementation plan and implementation of the Hassantuk Home Security Project, including prevention and security measures and means to link private residences to early warning technologies and smart services and invest them in strengthening prevention and safety measures and protecting buildings and housing, with the aim of reducing fires and preserving property and lives, while the government of Dubai bears the cost of making it available establishing citizens’ homes under the umbrella of social benefits with reagents and devices.

According to figures from the Dubai Statistics Centre, the growth of Dubai’s economy in the first quarter of this year was mainly due to transport and warehousing activities, accommodation services and restaurants, with the two sectors contributing positively with 93% of the realized growth, mainly due to the active traffic of international visitors and the performance of air transport.

Transport and warehousing activity grew in the first quarter of this year, a real growth of 40.4% compared to the same period last year. This growth is mainly due to the performance of air transport in particular, in addition to growth in all sub-activities that make up this activity to boost the overall growth of the economy by 3.3 points. A percentage contribution of 57% of the realized growth and a contribution of 11% to the total economy.

The accommodation and catering business outperformed growth in the first quarter of this year compared to the same period of the previous year as this business grew by 47.1%, bringing the emirate’s overall economy growth by 2.1 percentage points. positive, contributing to 36% of the realized growth.

The data points to a 213% increase in the number of international visitors in the first quarter of this year compared to the same period in the previous year, directly contributing to the increase in demand for the services of this activity and made for a high growth rate.