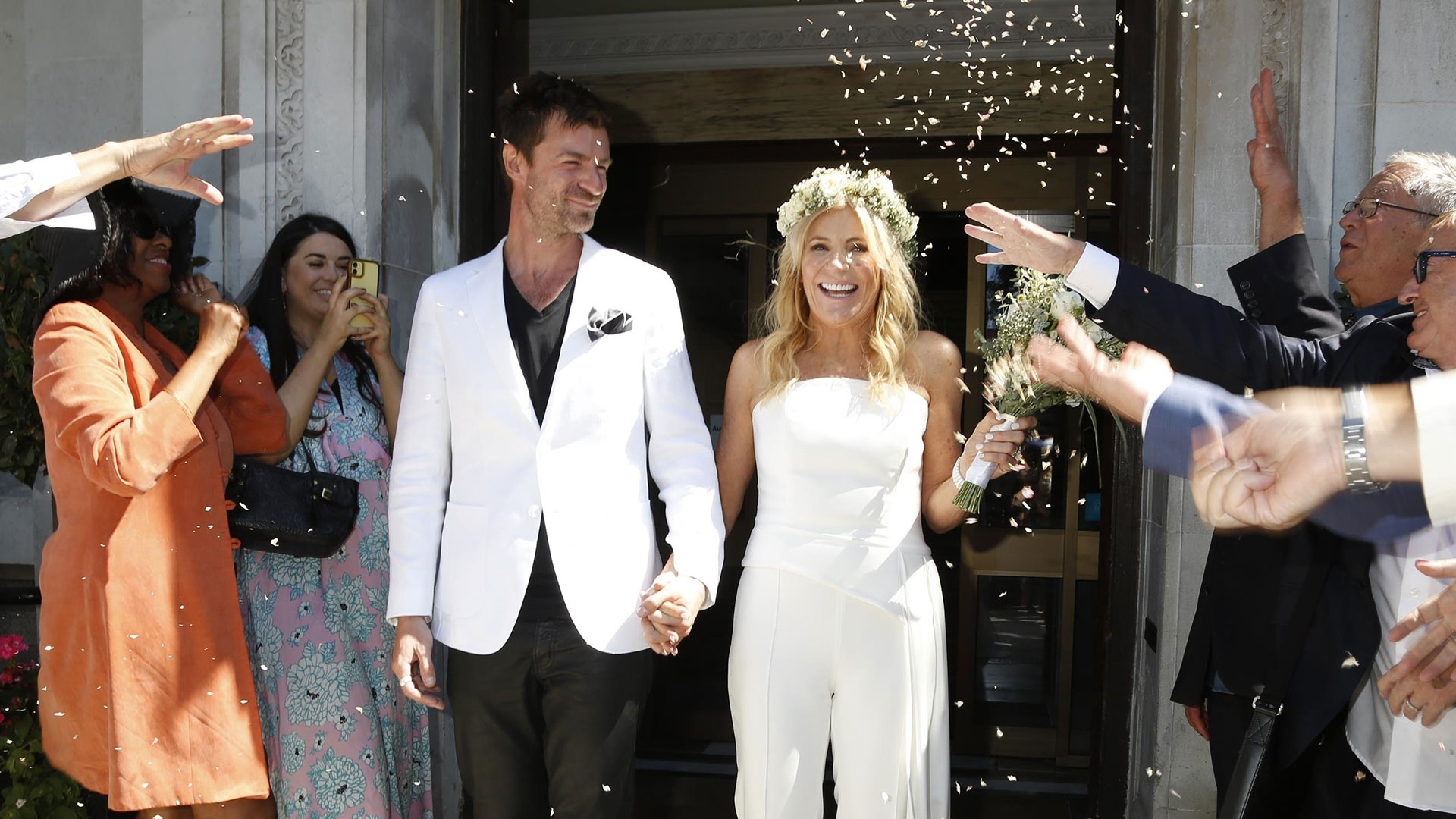 OSTENDERS star Michelle Collins is married to her toy boy fiancé – and has been spotted looking INCREDIBLE in her wedding jumpsuit.

The actress – who is best known for playing Cindy Beale in the BBC soap – could be seen cuddling up with her husband Mike Davidson.

Michelle, 60, and toy boy Mike, 38, were married today in London – in front of an audience of celebrity friends, including Adam Woodyatt.

The actress looked glamorous as she stepped out in an all-white jumpsuit, complete with a long white train.

She let her blond locks flow down in loose waves as she decorated her head with a flower crown for the service in Islington.

Michelle chose a natural palette of makeup and for the Wednesday morning service she decorated with simple silver jewelry. 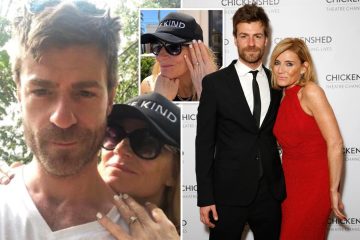 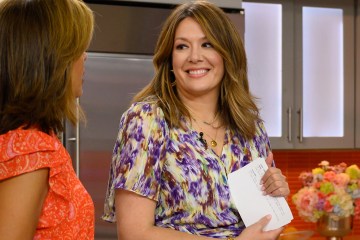 Meanwhile, husband Mike donned black trousers and a black top and pimped his outfit with a bright white blazer.

The happy couple were spotted sharing a loving kiss in front of their friends and family, including some of Michelle’s former co-stars.

Among them was her husband Adam, 54, who played Ian Beale in the long-running BBC soap until last year.

The actor kept it casual in a striped shirt and dark pants, while accessorizing with a black man’s bag.

After the wedding, Michelle and her new husband were driven off in a classic car after posing for a champagne kiss.

Last week it was announced that Michelle and Mike – who is 22 years her junior – would be getting married.

The actress told their friends: “We know it’s late but we’ve been together for ten years and what’s the point of waiting.

“We thought life is too short and we want to see and celebrate all our friends.”

After the ceremony, guests are met at the reception in a split-level private bar in north London. The venue has a pub with a Venetian chandelier and a heated roof terrace.

Michelle and fashion company boss Mike found love after being founded by her niece in 2012 – with Mike in April of last year.

She said at the time: “I never thought it would happen, but after ten years I thought it was time.”