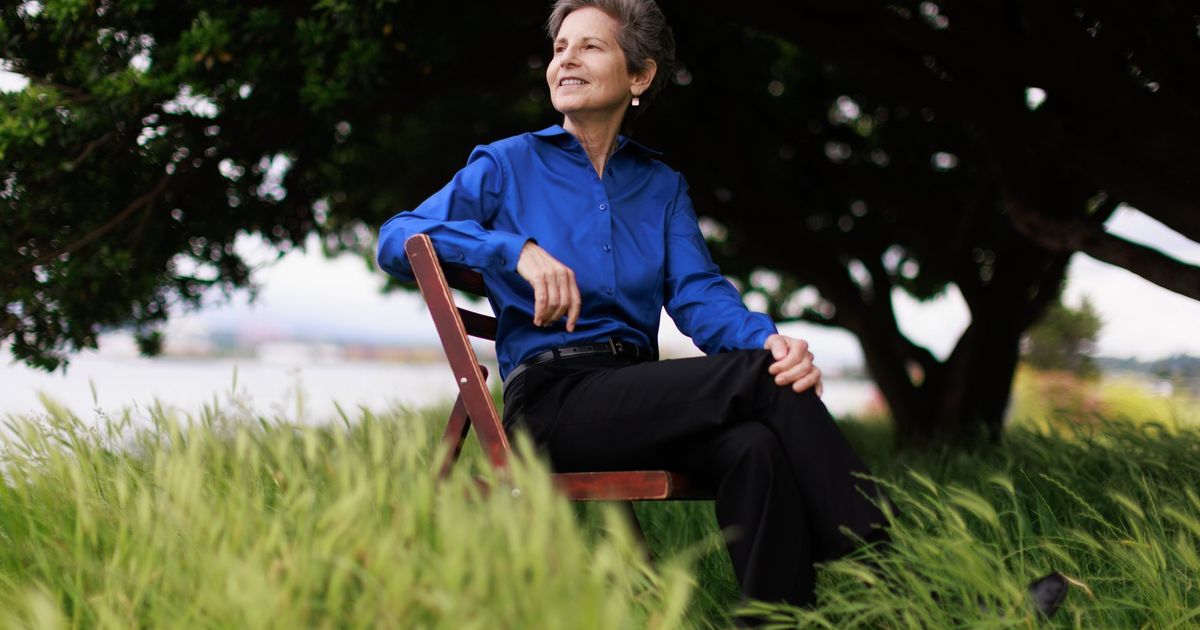 In a May 9, 1978, yellowed University of Kansas student newspaper clipping, then-KU sophomore Anne Levinson announced her intention to file a complaint with the Department of Health, Education, and Welfare as the Title IX compliance deadline approached.

“I feel like nobody really believes that women deserve equal treatment,” Levinson said.

President Richard Nixon had signed into law Title IX of the Education Amendments of 1972: “No one in the United States may be excluded because of sex from participating in, denied the benefits of, or subjected to discrimination under any educational program or activity that is federal receive financial support.”

However, change did not come immediately or easily. It took a shot. It still does.

“Those 37 words changed what was possible in our country for women and girls, and I know firsthand what a difference it made in much of our lives, including mine,” said Levinson, a longtime resident of Seattle.

“After five decades, it remains critical that we build on the legacy, but understand that much more needs to be done.”

Completely immersed in field hockey, Levinson arrived at KU in 1976 with the promise of a scholarship — the only one, once the junior using it graduated. Women’s sports were included in the university’s budget and a “fungus” compared to men’s, which were privately funded.

Levinson and the hockey team had a successful season. But after that, the university announced it would no longer fund the sport.

“That was it. No discussion,” she said.

“A lot of women were scared. They were told to stay in your lane. This is not your fight. Just play your sport, and if you need money, you can hold a bake sale. Don’t disrupt things. Don’t upset the apple cart, don’t make trouble.

“It brought out in me this innate tenacity to fight for other people and not stand by when something seemed unjust or unjust.”

Levinson sought help from student government leaders, who seemed willing and even eager to clash with university administration again. As the trial progressed, it was covered by an ambitious reporter from the student newspaper for women’s sports.

One of her most staunch and unlikely allies was art history professor Elizabeth “Betty” Banks. Banks encouraged Levinson to investigate a complaint and said she would support her.

“It was encouraging to hear of your efforts with the female student athletes,” Banks wrote in a March 1, 1978 letter, offering her assistance.

“…There is a lot more that can be done and I hope we can do better with the involvement of more advisors who are responsive to the needs of female athletes.”

Encouraged and educated, Levinson noted every possible category of inequality, “which I only later learned was very unusual.”

“In any way you could measure it, it was hugely unfair,” Levinson said. “At the time, it was not seen as a concern. The university community, alumni — it just wasn’t on the radar.”

True to her word, Banks also filed a complaint.

The case took years to resolve. After Title IX was passed, there was a delay in implementing the regulations, and Levinson said there wasn’t a trial until 1977.

The university forced the state legislature, so Levinson used a flair that made headlines. She hosted a relay race in which the coaches and athletes from each of the 10 women’s varsity sports at KU crossed the nearly 30-mile distance from Allen Fieldhouse in Lawrence to the state capital in Topeka with a rolled-up petition and passed like a baton. .

They were met by the governor and Rep. Ruth Luzzati, who said they were going to work.

“Had I known how hard it would be when I started I might not have done it, but once I got started I felt like I was going to let everyone else down,” Levinson said.

Kansas was one of eight universities listed as “top priorities” by the Department of Education for investigating alleged Title IX violations — Washington state was another. Six federal investigators came to Lawrence. Banks and Levinson were the first to be interviewed, she said.

Kansas was eventually given 90 days to develop a compliance plan or risk losing up to $27 million in federal funding. The university reached an agreement to remedy the inequality that Levinson had pointed out.

It wasn’t resolved until Levinson moved east to law school—an option she hadn’t considered before her sport was under threat.

“It was a fight between David and Goliath. I learned that if I wanted to be successful in these kinds of important advocacy efforts, I really had to become skilled in this way.”

Some argued that her movement would condemn men’s sport. What would become one of the nation’s premier Title IX cases had dominated her undergraduate career. But in education and outreach, Levinson has honed an approach that will last a lifetime — to seek common ground rather than demonize the opposition.

Del Shankel, who was twice chancellor of KU, was tasked with negotiating for the university board and often for the imposing figure on the other side of the table.

“I would have thought he was kind of like Darth Vader from my time there, because we had to compete so much,” Levinson said.

Years later, long after settling in Seattle and embarking on a long and diverse career in public policy, Levinson got a call from Shankel. They met for a tearful cup of coffee.

Levinson found that her 19-year-old self’s opponent was a “sweet person” in a difficult position.

“He told me what all those battles meant to him and how hard it had been for him to represent the university’s position because he was so proud of what we were doing,” Levinson said.

“He told me his granddaughters had all played sports, and he knew it wouldn’t have been possible if we hadn’t done what we’d been doing in those years. He just wanted to thank me.”

During her time as a judge in Seattle, Levinson established and presided over one of the first mental health courts in the country to help individuals with mental illness move out of the criminal justice system and connect them to services. She was deputy mayor to Norm Rice and involved in the fight against Enron’s deregulation of the energy industry. As one of the state’s first openly LGBTQ officials, she was a founding member of the boards of directors of Hands Off Washington and The Privacy Fund.

Levinson retired from the bank 20 years ago to re-engage with LGBTQ+ advocacy. She led reforms of the child welfare system in Washington and the treatment of domestic violence and sexual assault. She has also worked on firearms safety, campaign finance transparency and police accountability.

She drew from the title IX fight in the mid-2000s, when the fate of the NBA’s Sonics was in flux. The WNBA’s Storm was also supposed to move to Oklahoma, but Levinson – a fan – didn’t hear much about that threat.

“It was as if they were invisible. Nobody tried to save them,” Levinson said. “They were kind of the flea on the elephant, if you will, because the men had all the money, all the resources.”

She wanted to see if the potential property group would enjoy separating the Storm from the Sonics. She found lenders and used connections. It all happened in silence.

“We wouldn’t have saved the Storm if I hadn’t had that Title IX experience,” Levinson said. “In no way did I think I had the ability or the relationships to do that.”

Sue Bird probably would have left Seattle if they hadn’t made those efforts. Bird said the Storm acknowledged a package deal would move the team to Oklahoma City.

“I remember closing out the 2007 season and literally saying in the media, (when) people asked, ‘It’s really sad to think that this might be the last time I played in a Seattle jersey,'” said Bird.

“Then the ownership group stepped up.”

Fifty years have brought progress, not perfection. Future generations will not know the struggle to achieve the present reality, and that has been the goal all along.

“We have to win this generation’s battle. Title IX is still a fundamentally important pillar in this regard,” says Levinson. “The kind of fights that people didn’t even see on the horizon 50 years ago — that same law is now being invoked.”

206-464-8245 on Twitter: @KateShefte† Kate Shefte covers the Kraken and other teams in the Seattle area for The Seattle Times.