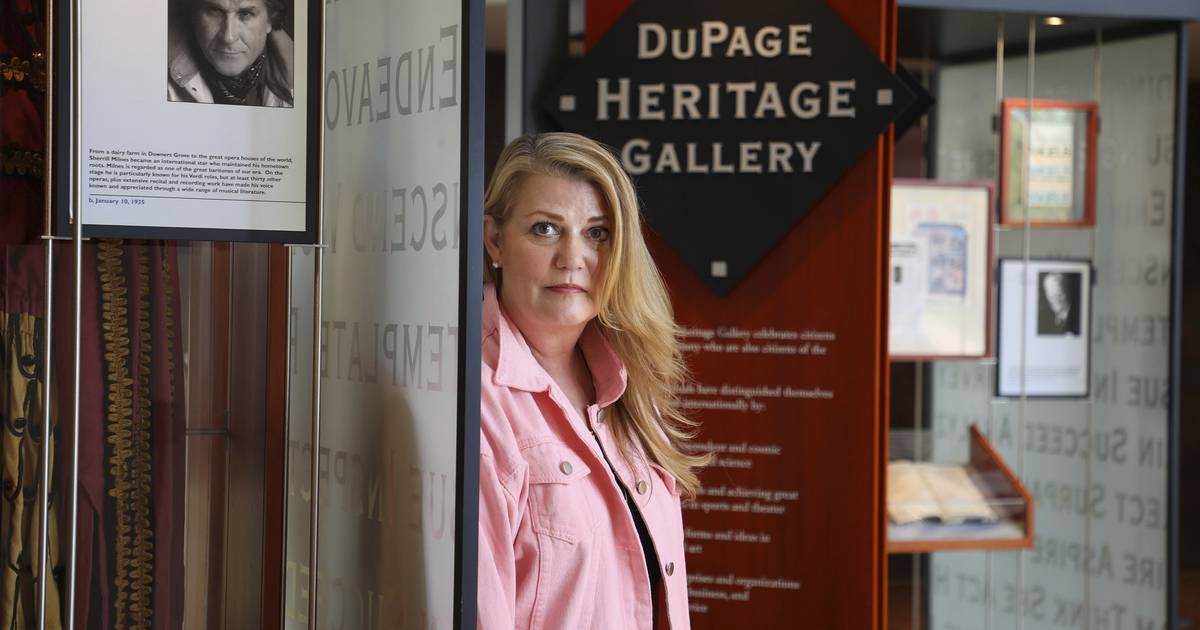 A historic exhibit occupying a major first-floor corridor in the DuPage County government building in Wheaton is the subject of an effort to update it, including potentially profiling a more diverse set of achievers in county history.

A privately funded non-profit group, DuPage Heritage Gallery Inc., was once behind the creation and maintenance of the Heritage Gallery. In recent years, however, the organization has been doomed, with some board members passing away and others in their 90s. With the effective dissolution of that group, representatives of the remaining trustees agreed to transfer ownership and maintenance of the exhibit to the DuPage County Department of Public Works in the fall of 2020, said Dawn DeSart, D-Aurora, board member. of DuPage County.

Now Becky Simon of Naperville, a member of the League of Women Voters, is calling for major changes to the Heritage Gallery, which, while highly visible, hasn’t had an addition or update since 1991.

“It’s just the gallery of (mostly) famous white men,” Simon told the Tribune. “They’re all white Christian straight(sexual) people, and it completely ignores some of the most amazing stories out there in DuPage County. We feel there are many, many people who have been overlooked, and it’s time to give them their due.”

DeSart acknowledged that, despite the Heritage Gallery’s relatively prominent location, she was not aware of the exhibit’s existence until the fall of 2019, when Simon approached her after a DuPage County board meeting to raise the issue. to set. Since that time, a small group of community leaders who want the gallery to be more diverse and inclusive, including DeSart and Simon, have gathered and those efforts culminated in the county taking over ownership of the Heritage Gallery in 2020.

DeSart said her group continues to meet and study the origins of the items in the gallery. Paperwork related to the gallery and its artifacts is housed in several locations, including the DuPage County Historical Museum in Wheaton and Wheaton College’s Buswell Memorial Library, she said. The group recently spent an afternoon at each location studying documents and determining the provenance of all of the artifacts in the exhibit.

In the end, DeSart said she prefers an update to the gallery. She noted that the local branch of the National Organization for Women wrote a letter to the Wheaton Daily Journal in March 1989 asking that the gallery be made more inclusive. At this point, Landon is the only woman featured in the display.

“The gallery has been dormant since 1991 and our small group would like to see it become more of a ‘destination’ venue,” DeSart said. “This is a small group of DuPage County community leaders who want the gallery to be more diverse, inclusive and representative of DuPage County residents, and I totally agree. This gallery must contain all of DuPage County’s beautiful mosaics of religions, colors, genders, etc.”

However, DeSart acknowledged challenges to her group’s goals. She noted that she is an ally of the LGBTQ community, including on Naper Pride’s board of directors, and that she prefers representing that community in the exhibit.

“I’d love to see that community represented in the gallery, but when I speak to members of that community, it’s challenging because in 2022 many are afraid to challenge themselves, let alone attempt historic DuPage County- figures who were absent 50 years ago, at the time of the Stonewall riots in 1969.”

“This would be a really nice transition between the two corridors to update it and make it more relevant to who DuPage County is today,” Ozog said. “I’m a big believer in doing what we can to update it. There are always budget constraints and we certainly want to be sensitive to different groups, but we might consider doing a rotating type of exhibition. But as for the update, I’m completely behind, so we’ll see what we can do with it.”

DuPage County board chairman Dan Cronin, a Republican, declined to comment specifically on whether or not to expand the Heritage Gallery. In a statement, Cronin said that “if members of the Public Works Committee develop a specific proposal regarding the Heritage Gallery, I am confident that their fellow board members and I will consider it carefully.”

Bob Goldsborough is a freelance reporter.