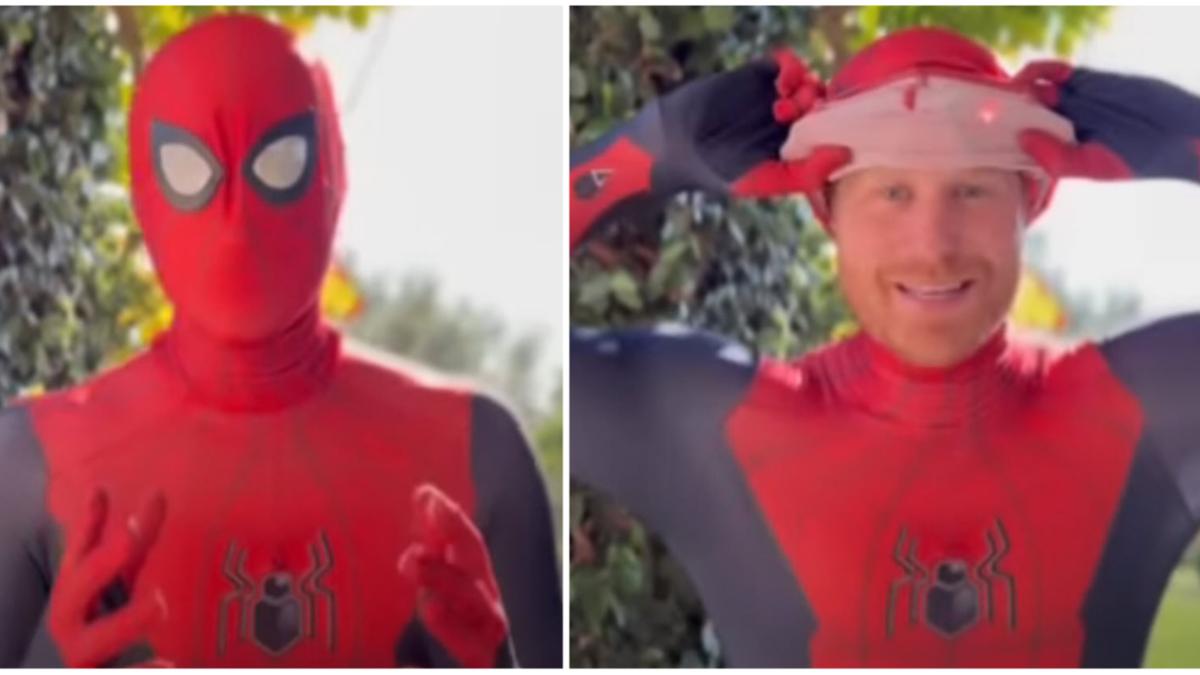 The Duke of Sussex dressed up as Spider-Man in a Christmas video message for the families of military children.

He donned the kit for charity ‘Scotty’s Little Soldiers’, in which he wished them happy holidays.

The video was played to more than 100 young children who have experienced the death of a parent who had served in the British armed forces.

He then asked the viewers to help save Christmas by defeating villains who stole Santa’s presents, while the kids completed challenges during a “Heroes and Villains” themed party.

Harry added: “I hear from Sharky and George that there are five villains you need to stop them from ruining Christmas. So use your teamwork, your brains and your brawn to make sure you do just that. Find them and don’t let them ruin Christmas, okay.

“At the same time, Christmas is a time when we will miss our loved ones very, very much. And that’s okay.

“But at the same time, it may be possible to feel guilty for having fun without our parents. But I’m here to assure you that our parents always want us to have fun, okay?

“So don’t feel guilty – you get to have the best time ever, especially with this ‘Scotty’s Little Soldiers’ community.”

He lifted his mask mid-sentence: “So, go over there and have the best time, and…” – before saying after revealing his face: “Merry Christmas.”

The dad-of-two, who shares son Alfie, three, and 17-month-old Lilibet with wife Meghan, Duchess of Sussex, 41, teamed up with the charity in November when he wrote the kids for Remembrance Day.

In 2019, he donned the Santa Claus outfit complete with a long white beard for charity.