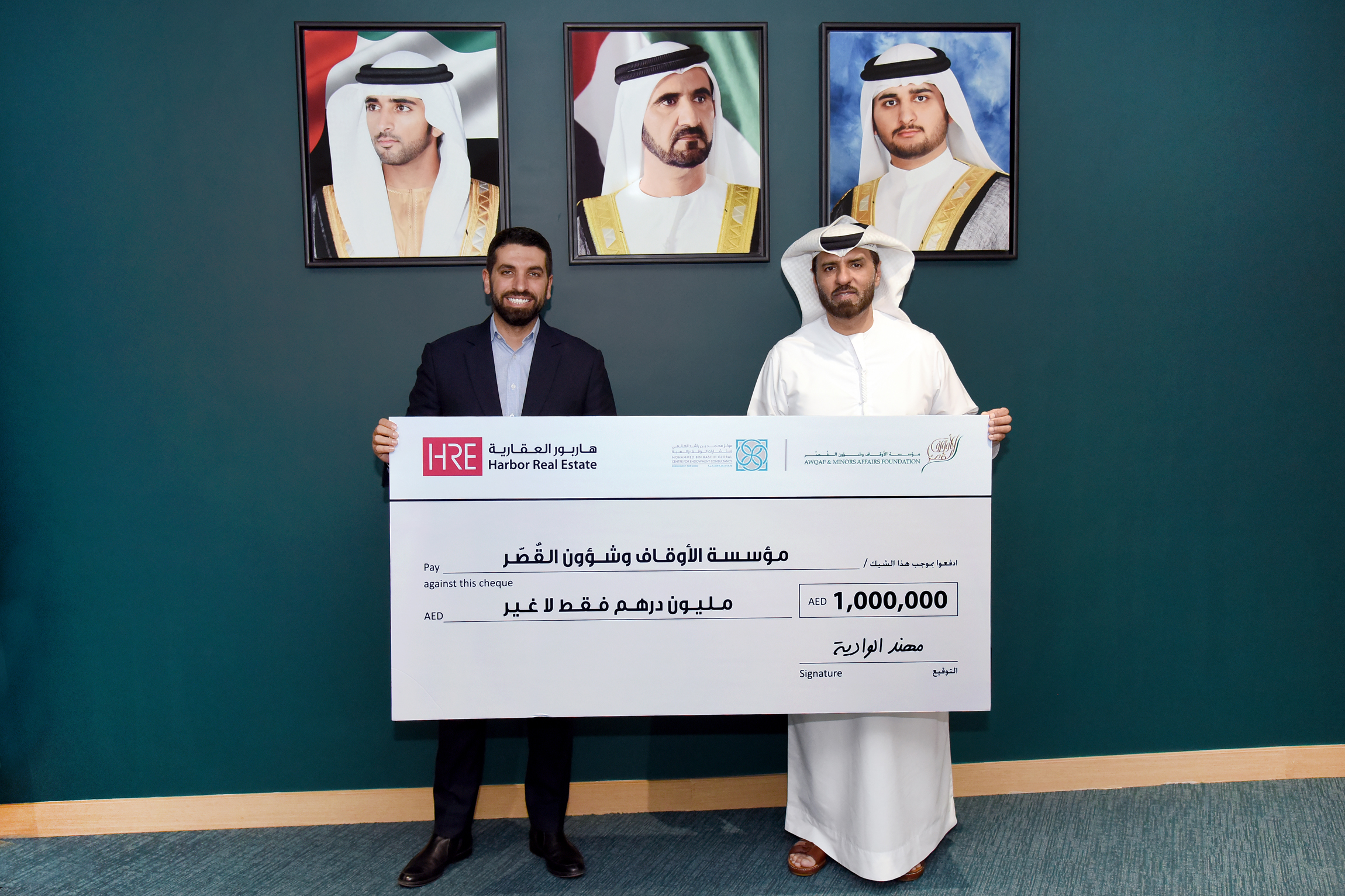 The Foundation for Endowments and Minors Affairs in Dubai received a contribution of one million dirhams from the company “Harbor Real Estate”, in support of the “Endowment Sukuk” initiative launched by the Mohammed bin Rashid International Center for Endowment and Endowment Consultation, which is affiliated with the Foundation.
The center confirmed that Harbor Real Estate’s support is a continuation of significant social interaction with the initiative of His Highness Sheikh Hamdan bin Mohammed bin Rashid Al Maktoum, Crown Prince of Dubai and Chairman of the Executive Council, which allows donors to raise charitable or humanitarian causes, with financial contributions, while ensuring full asset preservation.

The Secretary General of the Awqaf and Minors Affairs Foundation in Dubai, Ali Al-Mutawa, said: “We are pleased with the rapid response of several parties to the “endowment sukuk” initiative, a few days after its launch, which reflects the great community interaction with the humanitarian initiatives adopted by the wise leadership and their willingness to support them and succeed.

Al-Mutawa praised Harbor Real Estate Company’s contribution to the humanitarian initiative and pointed out that Harbor is a strategic partner supporting the Foundation and its charitable projects, and is calling on companies, institutions and individuals to support the initiative to achieve its goals and contribute to strengthening Dubai’s leading role in sustainable charitable investment.

For his part, Muhannad Al Wadiya, CEO of Harbor, said: “Dubai represents an urban model based on a culture of sustainable investment that drives positive change and creates opportunities for happiness in the community. Positive impact on people’s lives

Al-Wadiya added that in Harbor we are fully aware that we are part of this community, so we must fulfill our duty to her in terms of social responsibility and participation in making positive change.
He added: “We are delighted to be part of the ‘Sukuk Endowment’ initiative, and we are committed to supporting charities that contribute to the development of societies, including the Sukuk Initiative that provides the needs of society at its core, inclusive education and healthcare, and empowering orphans, determined people and those unable to improve their lives at all levels