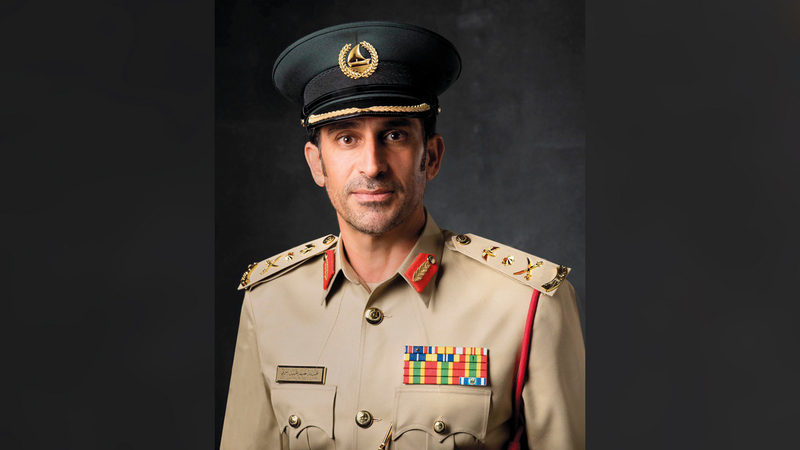 Dubai police arrested a prominent member of one of the most dangerous international drug smuggling gangs from Latin America to Europe, using an innovative method of saturating sugar with cocaine and later separating it through modern labs.

The Commander-in-Chief of the Dubai Police, Lieutenant General Abdullah Khalifa Al-Marri, said the combat services in several countries, including the UAE, represented by the Dubai Police Force, jointly set zero hour and raided the gang’s headquarters. and arrested several of its prominent members.

He added that the operation is the result of concerted effort and coordination between the Dubai Police General Drug Control Department and its counterparts in France, Spain and Colombia, and has resulted in the arrest of 18 members of the criminal gang in all participating countries, and the seizure of 22 tons of sugar saturated with cocaine in a cargo coming from Colombia to the port of Le Havre in France.

For his part, the Assistant Commander in Chief of the Dubai Police, Major General Khalil Ibrahim Al Mansouri, said the operation involved using the latest smart technologies to track the movements of the gang members, and the exchange of security information between the participating countries, in addition to drug control divisions in the United States, the United Kingdom and a European country. Others, the zero hour was set, the gang members were arrested, their plans were revealed and cocaine shipments were seized.

The Director of the General Department of Drug Control, Brigadier General Eid Muhammad Thani Hareb, said the investigation into the matter began a year ago, when the gang set up fake companies for shipping and trade between South America and Europe during the Corona pandemic, among others. the umbrella of exporting foodstuffs to Europe through the French port of Le Havre, and French police and customs soon discovered that the containers issued by these companies were sugar saturated with cocaine.

He added that sugar shipments from Colombia to France and Spain were monitored and the movements of the gang members were monitored, and that the zero hour was set at 3:30 p.m., UAE time, on May 5, in conjunction with all countries, and 10 gang members were arrested in Paris, Cannes and Midoun. And Leon, including a chemical expert specializing in separating cocaine from sugar, and the seizure of seven others in Madrid and Barcelona, ​​including a chemical expert and the deputy leader of the gang, in addition to overthrowing a of the most prominent members in Dubai.

He pointed out that the operation resulted in the seizure of about 22 tons of sugar packed in 900 bags in French cities, saturated with cocaine in amounts ranging from 3% to 15%.

He added that the “sugar cane” operation also revealed that the criminal gang was behind the smuggling of 12 tons of tobacco into Belgium last August, and a failed attempt to smuggle 600 kilos of cocaine into the Cartagena port in September last year. Colombia, as well as money laundering estimated at hundreds of millions of euros.

He explained that the gang member’s arrest process in the UAE began with information that a prominent member of an international drug gang was involved in smuggling and money laundering, and played a role in the smuggling of 22 tons of sugar saturated with drugs from Colombia to Europe.

He referred to the formation of a fieldwork team to search and investigate, establish his residence and his ties to the country, and monitor his movements. The gang member was arrested when he left a gym.