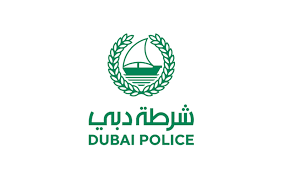 Dubai Police General Command has arrested a beggar who places a scale to measure the weight of pedestrians on the road for just one dirham, as part of the “Begging is a Wrong Concept for Compassion” campaign launched by the police of Dubai in collaboration with partners ahead of the holy month of Ramadan.

Colonel Al-Adidi explained that this type of begging is a new form of begging practiced by beggars, emergency aid and other methods.

Colonel Al-Adidi called not to respond to beggars, not to be misled by their fraudulent methods, and to assist the police by reporting immediately if any of them were spotted through the call center (901) or the Police Eye Service , via the Dubai Police smart application on mobile phones, and the (E-Crime) platform to report beggars electronically.

Colonel Al Adidi said the Dubai Police General Command launched its annual awareness campaign ahead of Ramadan entitled “Begging is a Misconception of Compassion”, aimed at raising community awareness of the dangers of the phenomenon of beggars, maintaining community security and stability, in addition to controlling beggars in public places, and the campaign continues throughout the holy month of Ramadan, in collaboration with strategic partners.

Colonel Al-Adidi explained that the campaign is considered one of the successful campaigns that has helped to reduce the number of beggars every year, because of the strict and resolute measures taken against the arrested beggars. an integrated security plan to counter beggars, by intensifying patrols in the expected places.

Colonel Al-Adidi indicated that there are official bodies, agencies and charities that anyone can turn to to ask for financial aid, or to get a “fasting breakfast” and other needs, pointing out that there are those who explain the reason for their begging justify their need for money, and this case is illegal and punishable under federal law under Article No. 5 of 2018 regarding the fight against begging, and they are referred to the judiciary.