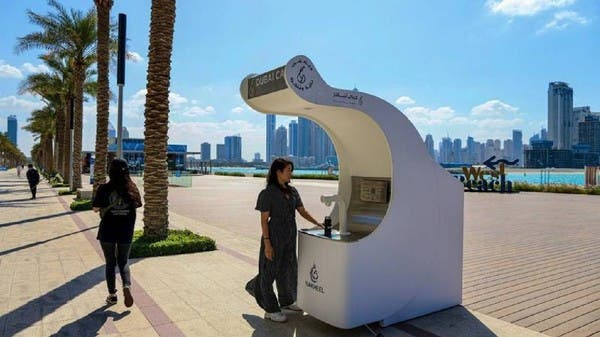 The ‘Dubai Can’ initiative – an ambitious recycling campaign in the emirate – has reduced the use of more than one million single-use 500ml plastic water bottles, authorities have announced.

Authorities at the time said they wanted to create a “cultural shift” in residents’ mindsets.

The ‘Dubai Can’ initiative has resulted in a reduction in the use of an equivalent of 1,077 million single-use plastic water bottles, consuming more than 538,737 liters of water by residents of Dubai and visitors to Dubai Can fountains in the city .

There are already dozens of water fountains scattered across popular destinations, attractions and public parks in the emirate, and ‘Dubai Can’ is on track to deliver on the campaign promise to install 50 fountains across the city by December 2022.

Authorities said the water from the Dubai Can fountains is filtered, desalinated water, safe to drink and like any plastic bottle.

Dubai Can is part of the UAE’s commitment to meet the UN Sustainable Development Goals.

Yousuf Lootah, Executive Director – Tourism Development & Investments, and Vice-Chairman of Dubai Sustainable Tourism at the Dubai Department of Economy and Tourism (DET), said: “World Teachers Day is a day to educate the public about the impact of human actions on the ocean and developing a global citizen movement for the protection of oceans around the world. Single-use plastic pollution is one of the biggest polluters of the oceans and we must act now to find solutions to such environmental challenges.

“We are truly proud that the collective efforts of residents, tourists and communities across Dubai have resulted in the elimination of the equivalent of more than one million single-use plastic bottles.

“The success of the ‘Dubai Can’ initiative further contributes to our leadership goal to strengthen Dubai’s position as a leading sustainable destination and reinforces our commitment to become the best city in the world to live in, to work and visit.

The ‘Dubai Can’ initiative encourages communities, businesses, residents and visitors to make simple changes such as using refillable water bottles and public water stations and installing water filters in their homes, offices and schools, resulting in the reduction single use plastic water bottles.

Earlier this month, the capital of the United Arab Emirates began a ban on single-use plastic bags to encourage the use of reusable products as part of the country’s sustainability drive.

Effective Wednesday, June 1, the ban in Abu Dhabi is part of a wider initiative to protect the environment and reduce waste.

Plastic left by campers in the deserts of the UAE kills camels: Vet researcher