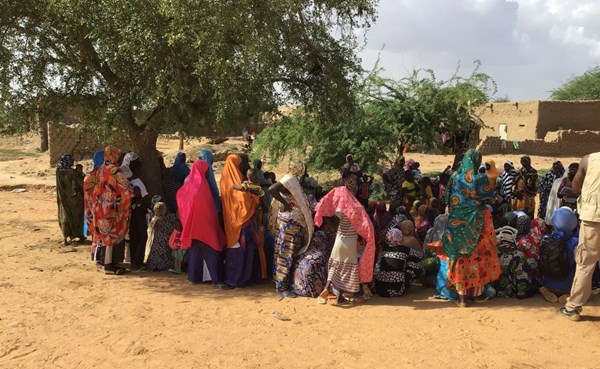 Dozens of civilians have been killed and hundreds displaced over the course of a few days as fierce fighting broke out between rival terrorist groups in the east of the country, local officials in Mali said Thursday.

There is a dispute between militants associated with the Islamic State and al-Qaeda terror groups over land in the Gao and Menaka regions.
Violent clashes erupted this week, exacerbating a conflict that has already killed thousands and displaced more than 2.7 million people in the Sahel region, according to United Nations data.
“The fighting has mainly resumed in Ansongo (Gao region) and other areas. There are deaths, many deaths,” said Bagan Ag Hamato, a former deputy and member of Mali’s transition council.
Hamato said in an interview on Thursday that at least 100 people were killed, including 40 in Ansongo two days ago.
Nanut Kotia, the mayor of Menaka, confirmed by telephone that fighting had resumed, but did not say how many people had been killed.
Fahd A. Al-Mahmoud, a commander of the local forces, said on Twitter that between 200 and 300 civilians were killed on December 4.
In a letter, the head of Ntelet Rural Municipality in Gao region asked authorities to help 583 families displaced by “deadly fighting” on December 3.