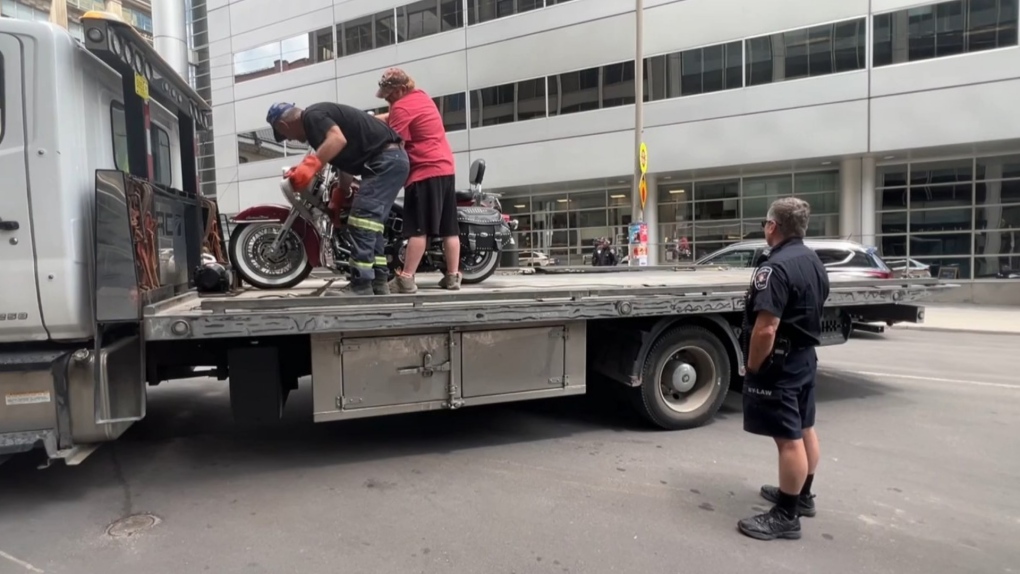 Ottawa Bylaw says an additional 22 vehicles were towed from downtown Ottawa on Saturday and more than 150 parking tickets were issued as the city’s vehicle control zone remains in effect.

The control zone, intended to prevent another convoy-style occupation near Parliament Hill, went into effect Wednesday ahead of Canada Day celebrations and protests. As long as the roads remain open, parking in the area is prohibited.

In a tweet from Sunday morning, Ottawa Bylaw said, officers have handed out 483 parking tickets — 156 new ones on Saturday — and towed 113 vehicles since 8 a.m. Wednesday.

Since Wednesday, fines have also been issued for obstructing the highway, piling materials on the highway, driving an unlicensed mobile consumption car and for the unauthorized use of fireworks.

The motor vehicle control zone will remain in effect on Sunday. It ends Monday at 6am.

The City of Ottawa says a motor vehicle control zone will be in effect from 8 a.m. Wednesday to 6 a.m. July 4 (City of Ottawa/Twitter)