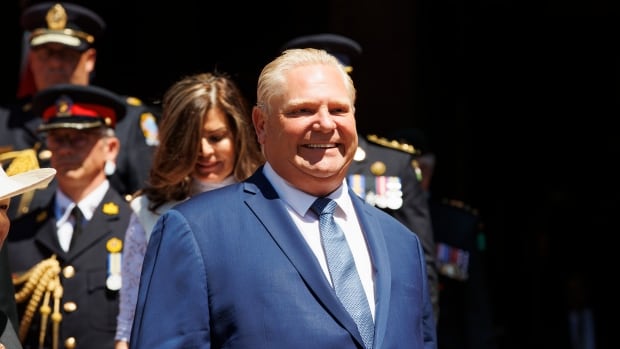 The atypical summer session will give Ford’s majority government a chance to set out its agenda in a speech to the throne on Aug. 9 and submit a budget in the days to come.

One of the senior government sources says the legislature will sit until the fall. According to the usual schedule, Queen’s Park has a break until mid-September.

The first order of business on August 8, when MPPs gather in the chamber for the first time since the election, will be the election of a chairman to the 43rd provincial parliament.

Ford has said his new administration will bring in essentially the same budget as Treasury Secretary Peter Bethlenfalvy at the end of April. That budget was not adopted because the government immediately postponed the legislature for the election campaign.

Earlier on Wednesday, Ford appointed 43 of its MPPs as parliamentary assistants to ministers. The job comes with a supplement of $16,600 on top of the basic MPP salary of $116,500 per year.

Added to the 30-strong cabinet sworn in last Friday, this means that 73 of the 83 progressive Conservative MPPs are ministers or parliamentary assistants. The chairman and deputy speaker will almost certainly be chosen from the remaining 10 PC MPPs.

Salaries for all Ontario MPPs, from opposition backbenchers to the prime minister, have been frozen since 2008.