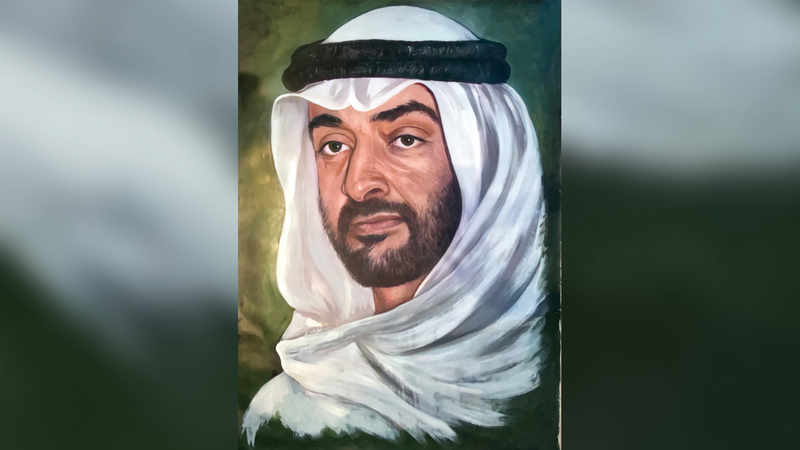 “Do not disturb them” is the message of His Highness Sheikh Mohamed bin Zayed Al Nahyan, President of the State, on March 22, 2020, to reassure the citizens and residents of the country that all will be well and that the state is able to overcome the challenges imposed by global conditions, and this expression reflected His Highness’s keenness, love and concern for all who live in the land of the Emirates, and the popular collective mind has evoked it since the announcement of the election of the Supreme Council of the Federation unanimously yesterday, His Highness Sheikh Mohamed bin Zayed Al Nahyan, as President of the State, chanting “Don’t cripple them”.. “Muhammad bin Zayed is a valve.” Security… the treasure and support of the nation. †

In detail, Emiratis celebrated on social media platforms the announcement of the election of the Supreme Council of the Union, His Highness Sheikh Mohamed bin Zayed Al Nahyan, as president of the state, stressing that “do not paralyze them”, words that are still resonate in everyone’s minds, to affirm that the vision of His Highness Sheikh Mohamed bin Zayed Al Nahyan, elevates man and pushes him unquestionably to the forefront, emphasizing that His Highness is the nation whose love all the Emirates meet, and he is the Arab leader who is proud of his name and deeds, any sincere Arab, as he is an extension of the wise Arab, the late Sheikh Zayed bin Sultan Al Nahyan Well, may God rest his soul.

The Emirates unanimously agreed that the Emirates and the Arab world as a whole, under the reign of His Highness, would witness a major development breakthrough that would increase the presence of the Arabs in the world. exceptional leader, represents the difficult figure in all regional and international comparisons. He is the leader whose personality is highly respected and universally appreciated, and whose ideas and initiatives have gained wide acceptance in all political, intellectual and humanitarian circles in general.

Citizens emphasized that “when the whole world struggled with the effects of the corona pandemic crisis, His Highness came out and reassured his people and residents of the country of the Emirates, saying that medicine and food are a red line in the UAE that must be are secured for our people indefinitely, regardless of any challenges, be it Corona or others, and it was a message. It is reassuring for all and the greatest motivation for the concerned and competent authorities at the state level to fully fulfill their role. †

And an account in the name of Mohammed Khalifa said, “What we, His Highness Sheikh Mohammed bin Zayed Al Nahyan, are is the pride of the Emirates”, His Highness exemplifies a leader who combines leadership and deep humanitarian qualities, humility , prestige and overwhelming popular love, and a living embodiment of the Arabic saying “Men are points of view.”

While Jawaher Al Balushi wrote: “We did not disappoint as long as His Highness Sheikh Mohammed bin Zayed Al Nahyan, the owner of the countless pioneering humanitarian and development achievements, which have spread and continue to spread around the world, commit us to the highest values of solidarity, peace, tolerance, solidarity and cooperation among people, and raise the voice of human brotherhood around the world.”

Muhammad Al Neyadi wrote: “We do not cripple them. Our president is the king of hearts with love and respect. He believes that the citizen is the wealth of the nation, to be nourished and developed by every means possible, and that our strength as an emerging society depends on our unity.” Twitch them.. His Highness Sheikh Mohammed bin Zayed is a title for creative leadership in all fields. He is a wise politician, a skilled army, an athlete who possesses the morals and behavior of knights, a leader around whom hearts and minds gather, a clear vision of the present and the future, and a deep understanding of the world around us. to. Above this and that, His Highness has absolute confidence in the ability of the people of the Emirates to perform miracles.

On his humanitarian stances, the tweeters unanimously agreed that His Highness Sheikh Mohammed bin Zayed, an outstanding leader, has a wonderful and clear imprint on the Emirates, and on its Arab and Islamic nations, as well as his direct and indirect influence on international affairs. decisions. -to make. He is characterized by intelligence, wisdom, insight, willpower, determination and determination. In addition to his humility and love for the fatherland and its citizens, he is the brother, father and deed who always wants to serve humanity and support charitable works in different regions of the world. – DIHAD 2021″, from the International Scientific Advisory Council, in addition to awarding His Highness the “Man of Humanity” Medal in recognition of his role in establishing the values ​​of tolerance and peace.