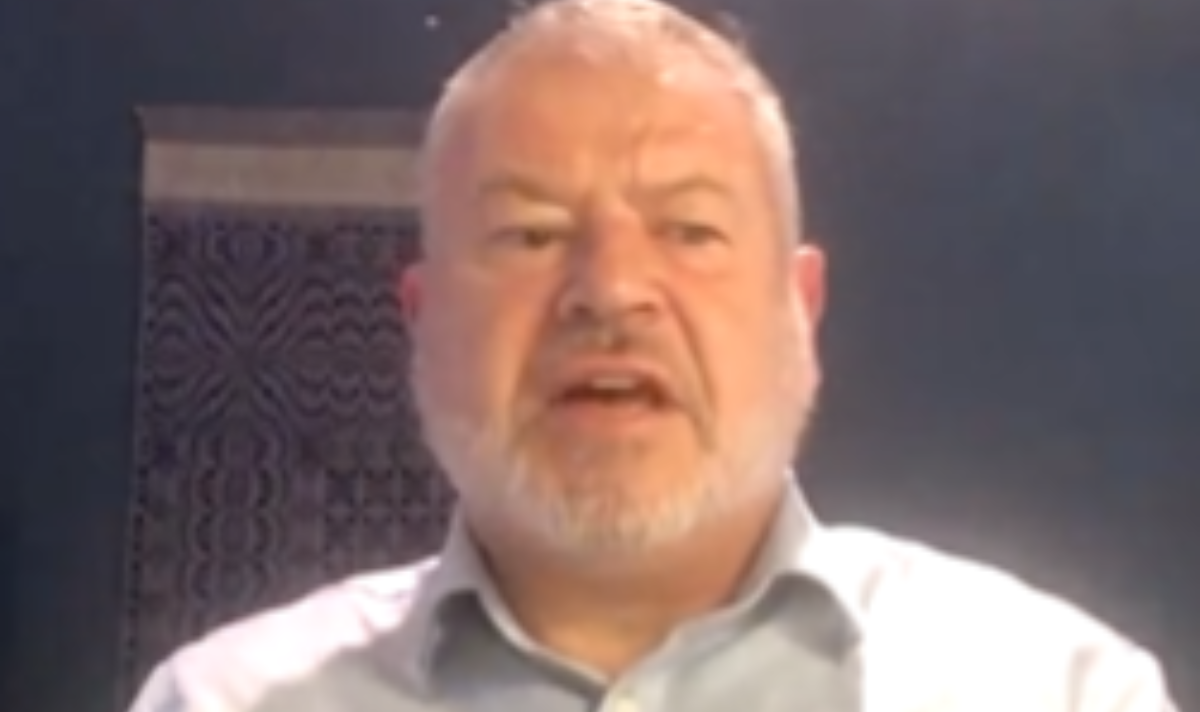 Smith assassinated Russian President Vladimir Putin and his puppets, who are currently holding two British POWs, Aiden Aslin and Shaun Pinner. Both foreign fighters were sentenced to death this week after being tried by Russian-backed forces in Ukraine. The former communications adviser claimed that the Russians who controlled Donetsk and Luhansk, where the British are being held, were “grubby little warlords.” Mr Smith further predicted that a possible negotiation will be on the table in the coming days.

Mr Smith told Talk TV: “This is a disgusting Soviet-era show trial, and it’s the latest example of the depravity of Putin’s regime.

“One of the things I think we really need to stop in government and media circles is to stop calling these people separatists.

“And at worst, referring to what has happened as a civil war over the past eight years.

“These people who run the so-called peoples’ republics of Donestk and Luhansk are really little more than dingy petty criminals and warlords.

JUST IN: ‘Awkward’ Prince Harry said he should put on a ‘happy face’ like Meghan Markle at future appearances

Mr Smith added: “Putin fully under control, I fully expect this to be a negotiation in the coming days.

“And the Kremlin…I fully expect the Kremlin to claim that since these breakaway states are independent, of course the Kremlin has no control over what they do.

“Putin turns these guys on and off like a faucet and has been doing it for eight years.”

British Ukrainian mercenary officer Aiden Aslin has been imprisoned by Russian forces since April after he had to surrender to Russian-backed forces.

The second man to be sentenced, a former British army soldier Shaun Pinner, is now also waiting alongside Mr Alsin to see if the British government is negotiating their freedom.

Hamish De Bretton, a former British army officer, discussed the illegal actions of Putin and his supporters in Donetsk and Luhansk.

De Bretton-Gordon told GB News: “I’m sure if Putin flexes his muscles in that area, he can make anything happen. [the seperatists] are completely dependent on the Russian Armed Forces to support their operations in the Donbas and everything else.

“But I think it’s what the Russians allow to do, the way they’re waging this illegal war, and that’s why I hope Liz Truss called the Russian ambassador in London right away to her office to let him do this as soon as possible.” to resolve.

“It is the Russian army that is full of mercenaries.

“The Wagner group I’ve seen in Syria, who are definitely acting outside the laws or the Geneva Convention.”

Mr De Bretton added: “So we have to make it very clear,” he added.

“I mean, these are British citizens who have been sentenced to death by the Russians.

The British government has said it is “deeply concerned” about the death penalty, while calling for negotiations to bring them home safely.

A spokesman for No. 10 said: “We are clearly very concerned about this. We have consistently said that prisoners of war should not be exploited for political ends.

“You will know that under the Geneva Convention, prisoners of war are entitled to combatant immunity and not to be prosecuted for taking part in hostilities.