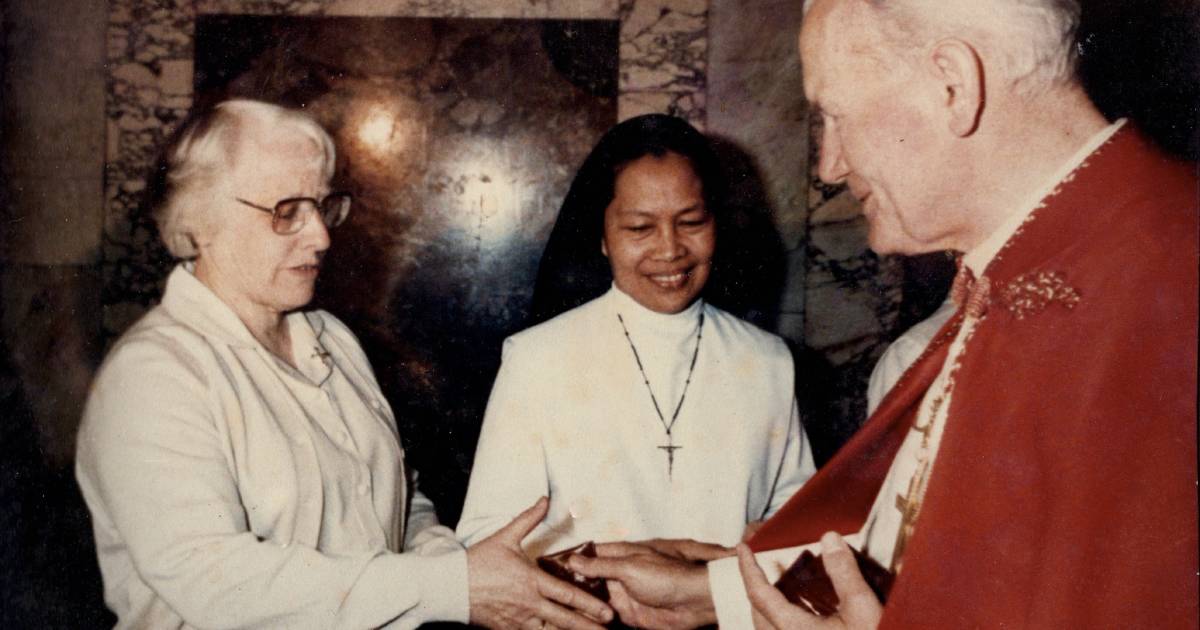 Gradually, the Dominican Sisters adopted civic sense and moved back into the community — branching away from education to other areas of ministry in Eastern Australia, New Zealand, and the South Pacific. “Sister Mary Austin” became “Elizabeth” again, and her monastic existence blossomed into a spiritual journey around the world, including teaching in Noumea and studies in New Zealand and Rome (where she met Pope John Paul II). From 1978 until her retirement in 1995, Elizabeth worked at the Signadou Dominican Teachers’ College in Canberra. She loved the city and closely followed the three main sports – the Raiders, the Brumbies and the goings on in Parliament. In Canberra, she also developed a passion for pottery, patchwork and crochet, and generously distributed her creations to friends and family.