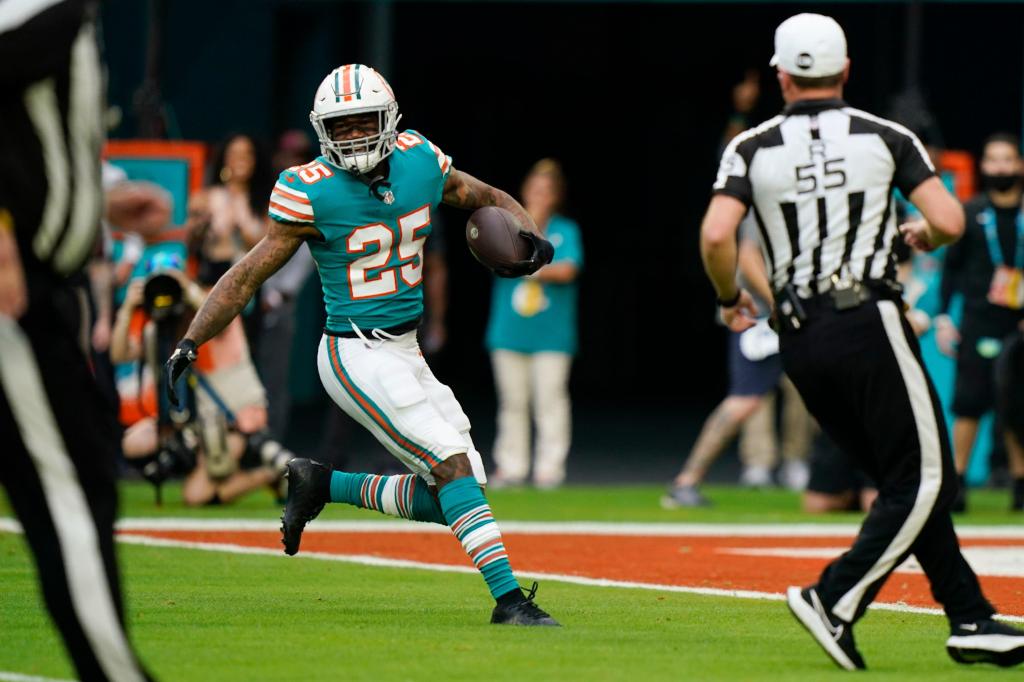 As the Miami Dolphins continue to cross items off their offseason checklist, what was likely the highest-priority item was handled on Friday night.

Star cornerback Xavien Howard and the Dolphins agreed to terms on a record-setting contract extension.

Howard’s yearly average and guaranteed money is the highest for a cornerback in NFL history. He also makes the most cash among NFL cornerbacks over the next three years.

According to Canter, Howard becomes the first cornerback to have five years of his playing career fully guaranteed, and he is the first NFL player to have his contract restructured with four years and three years remaining on the deal, after also reaching a restructure last training camp when he initially requested a trade.

Dolphins general manager Chris Grier said on Monday, when speaking from NFL meetings at The Breakers in Palm Beach, that the organization was closing in on a resolution with the ballhawk cornerback.

Howard is a three-time Pro Bowl selection and also has one first-team All-Pro selection in his six seasons with the Dolphins. He has collected 27 career interceptions in that span.

“Xavien has done a lot of good things here for this organization,” Grier said. “I’ve known him for years. I was here when we drafted him. He was my second draft pick here. I’m looking forward to him being here and helping us win.”

Howard led the NFL in interceptions in 2020 (10) and 2018 (seven). Over the past two seasons, Howard has forced 17 turnovers — 15 interceptions and two fumble recoveries. Last season, he scored two defensive touchdowns.

The Dolphins have been big spenders this offseason as Grier has taken an aggressive approach after years of rebuilding through the draft.

They gave up their top two picks in the upcoming draft to trade for speedy Kansas City Chiefs wide receiver Tyreek Hill, then giving him aa four-year, $120 million extension that includes $72.2 million guaranteed, making him the NFL’s highest-paid receiver by annual salary.

Howard’s contract concerns remained this offseason after he got an initial restructure in August ahead of the 2021 season. That deal only appeased what Howard wanted for last season, adding incentives that were largely hit by Howard.

The impact Howard and Jones have on the Dolphins defense under coordinator Josh Boyer is immense. They are often called upon to cover receivers 1-on-1 in man coverage, which frees up the Dolphins to be able to blitz extra defenders like they often do with their safeties. Nik Needham, who had a second-round tender placed on him as he was set for restricted free agency this offseason, also is critical in the team’s cornerback play, and the Dolphins have 2020 first-round pick Noah Igbinoghene among cornerbacks on the roster.

Howard had his 2019 season cut short after five games due to a patella sprain in his knee that required surgery. He also missed four games in 2018. Since, Howard played 16 games in each of the past two seasons, helping erase durability concerns that popped up earlier in his career.

Howard was a second round pick, No. 38 overall, for the Dolphins in the 2016 draft out of Baylor. He is the second-longest-tenured active Dolphin to wide receiver DeVante Parker, who was the team’s first-round selection in 2015.