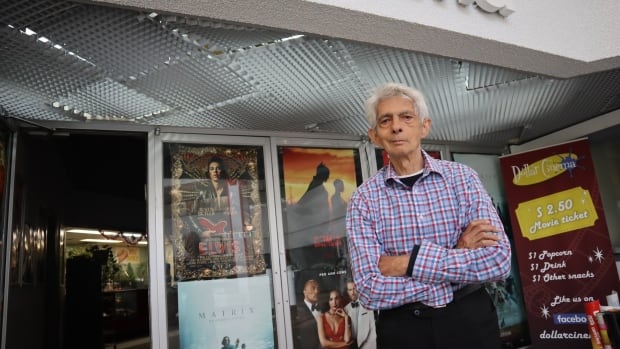 When Bernie Gurberg first opened the Dollar Cinema on June 4, 2004, he had only three customers.

Slowly but surely the news came out. Nearly two decades later, the Côte Saint-Luc theatre, which screens second-rate films, has become both a community center and a cinema.

Except Gurberg recently announced that he has to close the theater for good.

“It’s actually our 18th anniversary,” he said. “At that time people really started to come a lot and there were crowds. Everyone was happy, I spoke to everyone.”

The prices in the theater in the Décarie Square shopping center are legendary. For years, a ticket sold for $1, and the price has only climbed to $2.50.

But with streaming giants like Netflix taking over the market and the decline in foot traffic amid the COVID-19 pandemic, Gurberg said he had made the difficult decision not to renew his lease.

The last curtain falls on July 31.

“For our prices, with not a lot of traffic, it hurts and it hurts the bottom line, and we just don’t see a way to survive with this thing,” Gurberg said, adding that he is not willing to increase his prices. .

“There have been some rent increases, but they have been very honest with us,” he said, referring to the owners of the building. Dollar Cinema is located in Decarie Square, a shopping center frozen in time by Highway 15, near the intersection of Highway 40.

Lorenzo Loggia, who came by after hearing the news, has been coming to the theater for 15 years.

“I was really disappointed. I can’t believe it,” he said. Loggia said he works with a special needs group and takes the group to the cinema for movie nights on Saturdays.

Gurberg had been generous over the years, he said, sometimes letting them in for free or offering an extra chocolate bar or bag of popcorn.

He’s unsure if he’ll be able to afford the Saturday routine with the group once Dollar Cinema closes, as prices in traditional movie theaters are more than five times what Gurberg is charging.

Merri Tanny said she has been a patron of the theater for as long as she can remember.

“I’ve been going here since I wasn’t even born yet. When my mom was pregnant, she would bring me here,” Tanny said. “It’s really sad. There are so many memories here.”

Gurberg says he’s looking forward to sitting back and catching up on all the movies he’s missed over the years while standing by the cash and serving popcorn.