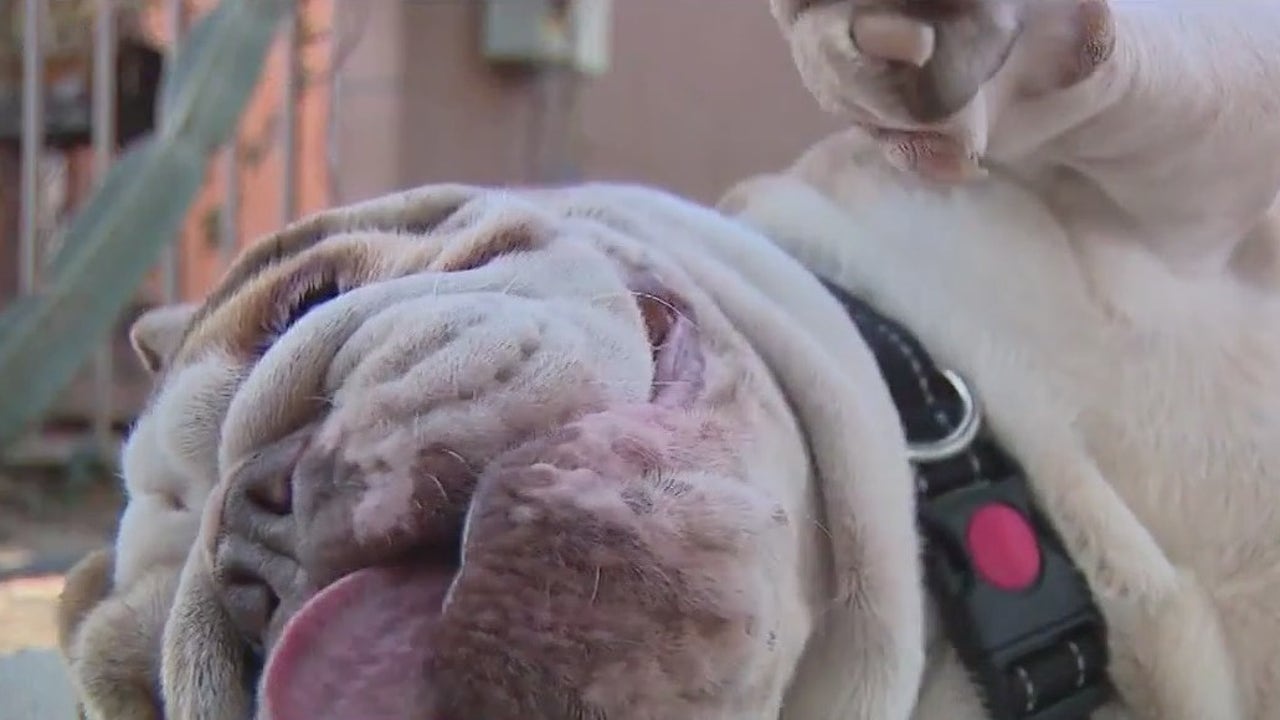 A day after FOX 11 shared the story of Los Angeles’ East Valley animal shelter — where more families gave up their pets due to the financial impact of the current economic condition — viewers started to help.

A day after FOX 11 shared the story of Los Angeles’ East Valley animal shelter — where more families gave up their pets due to the financial impact of the current economic condition — viewers started to help.

FOX 11 spoke to the Balbuena family, who adopted a 100-plus pound bulldog who has health issues. The bulldog joins the family’s second dog they had also adopted: a pit bull named Jo Jo.

Remember the huge Armenian Gampr mix with an eye infection from our original piece? He looks much better at Paws For Life K9 Rescue in Mission Hills. The agency partners with LA City Animal Services and brings dozens of dogs at a time to their facility, where they provide veterinary care and free training for dogs adopted by families.

“We can really help and support new owners with wrap around services,” says founder Alex Tonner.

“These are animals that come from loving homes and are victims of the economy as much as humans,” he adds.

PREVIOUS COVERAGE: If you can’t afford your vet bills, there’s some help out there

“We all need to intervene, and frankly these animals add more to our lives than anyone can imagine,” said Robert Balbuena.

Zulma Zapetra knows that all too well. Her family has rescued two large dogs from the shelter and considers them part of the family. But they are now turning to Paws for Life L9 for help.

A fire destroyed their duplex last week and they can’t find an affordable place for the family and dogs.

“I can’t give them up,” she says, fighting back tears.

The rescue service has agreed to board the animals until they find a place, but the Zapetra family is having a very hard time. Landlords have become more picky about renting to people with pets, and some are asking for large deposits.

“Who has three months’ rent for security deposit?” Zapetra said. “We just lost everything in a fire, at Christmas, no less.”

A GoFundMe page has been launched to help the Zapetra family. Those interested in contributing can click here for more information.