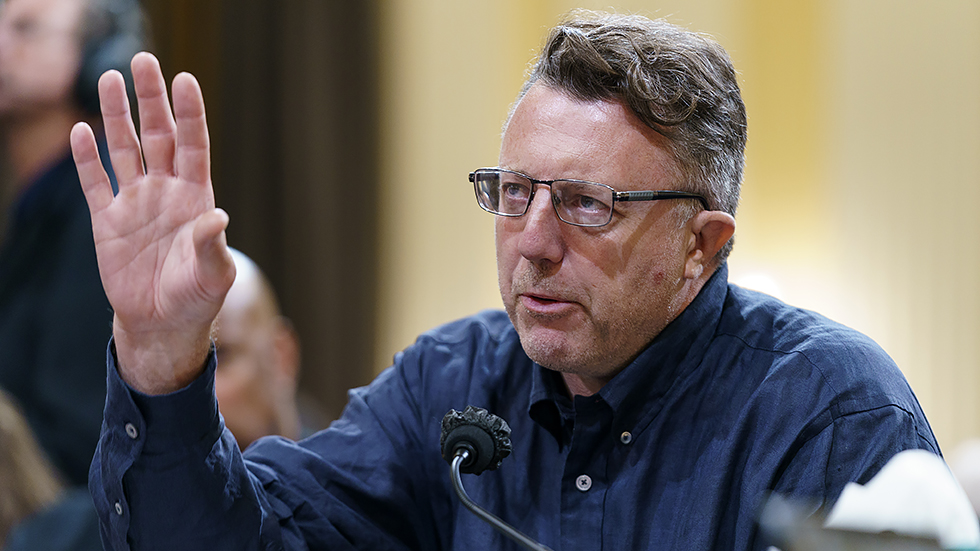 The documentary maker who testified last week about the January 6, 2021 Capitol attack said on Sunday that he and his crew knew they had filmed “multiple crimes” when they tracked the far-right Proud Boys militia during the riots for a documentary about divisions in the United States. America.

Nick Quested told NBC’s “Meet the Press” host Chuck Todd that he saw crimes “on the steps of the Capitol” and “in the Capitol.”

After filming the events of January 6, when a pro-Trump mob stormed the U.S. Capitol in an attempt to uncertify the 2020 election, Quested decided to team up with law enforcement.

Quested, who also filmed a secret meeting between Proud Boys leader Enrique Tarrio and Oath Keepers leader Stewart Rhodes in a parking garage ahead of the January 6 riots, said he realized “immediately” that they were filming dangerous material in the process. goods.

“We thought it was just optically bad to do when we shot it,” Quested said on Sunday.

Quested testified before the House panel investigating the attempted January 6th uprising last week. He also submitted evidence and video material to the Department of Justice and the Select Committee.

Both Tarrio and Rhodes have been charged with seditious conspiracy, a seldom-used charge that accuses them of overthrowing the US government. Quested said on Sunday that he has not spoken to Tarrio in person since February.

The documentary filmmaker said he still plans to wrap up his film, which will detail polarization and division in America and “parallel” the commission’s investigation.

Quested, who is from England but now lives in the US, said he and his crew needed some time to process what they recorded on January 6.

“I’m used to covering conflicts abroad and I can handle that and separate that from my life. But seeing it from the country I live in has been particularly problematic,” he told NBC. “I think America has become so divided, I don’t know if there’s more commonality.”