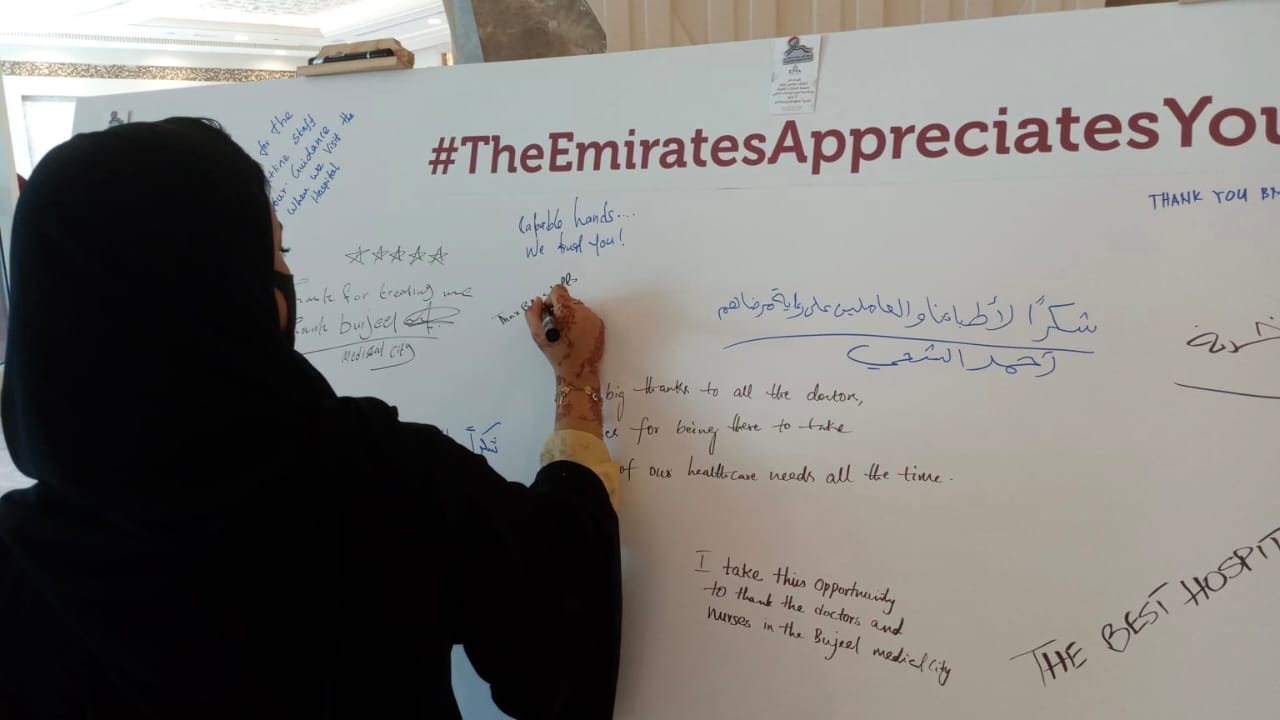 Doctors and nurses from the UAE’s health sector and those recovering from the coronavirus have released a lyrical video documenting the role of the country’s medical staff in fighting the epidemic and improving the efficiency of health services.

The video was shot at the Louvre Museum in Abu Dhabi and in Burjeel Medical City, and was released on the occasion of the first UAE Medical Day.

The video, which was produced by the “VPS” Healthcare Group, one of the sponsors of the Emirates Medical Day activities, was titled “Thank you” for honoring and praising healthcare professionals.

The lyrical video highlights images and situations that express the courage, sacrifice and flexibility of health professionals in various health settings.

The video was sung in three languages: Arabic, English and Urdu, and lasts five minutes. The song was written by Ashok Betty Nelson and composed by Indian band Thikudam Bridge.

The song was composed in Arabic by Iman Al-Hashimi, the first Emirati composer, who played the piano, and it was sung by Amir Zarqani, the Arab singer who lives in Dubai.

The song was sung in both English and Urdu by Anish Gobala, Krishnan and Krishna Bongani.

“With this work, we wanted to thank our health professionals for their role in spreading hope and serving patients during difficult times,” said Dr. Shamsheer Vayalil, chairman and general manager of VPS Healthcare, who released the lyrical video on social media platforms.

He added: “This work is an expression of our humble gratitude and love to the heroes for their humanitarian service, in the face of the epidemic, and they flooded the world with courage to fight the darkest times of our lives, such as the world always owes them for their noble services.”

The lyrical video was distinguished by the background of the actors, as most of them were health workers who were sick with “Covid 19”.

In all its facilities, VPS Healthcare has provided walls where patients can write down their wishes and adhere to them in the front line.

And the group’s hospitals received many people who queued to spread their thanks in Abu Dhabi, Dubai and Sharjah, to praise the efforts of health professionals, and to write words of praise and thanks to health care heroes, and frontline workers in rescuing patients during the “Corona” pandemic.