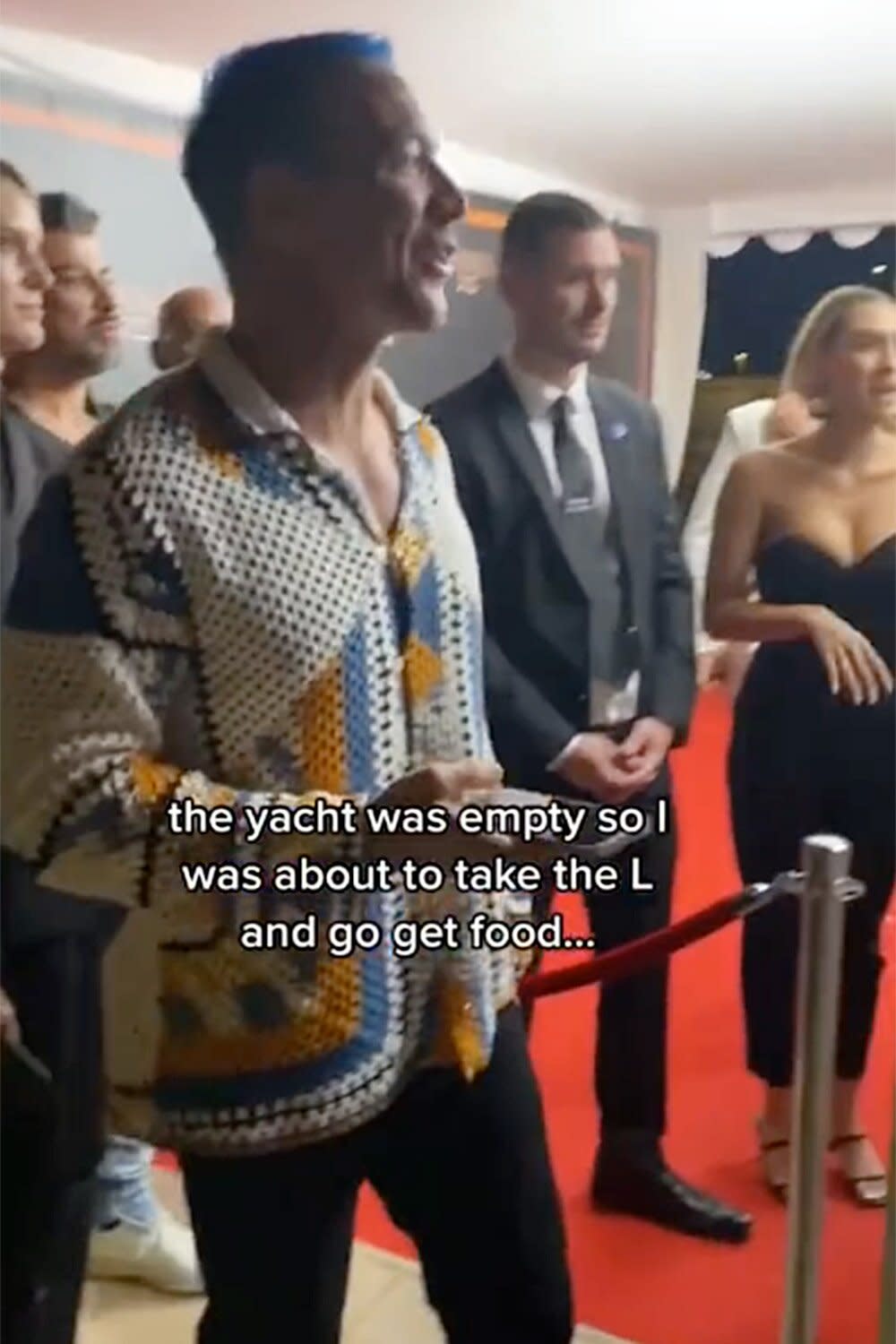 Diplo is so popular that he can’t even come to parties where he performs.

On Monday, the music producer shared a clip capturing the moment he was turned away from a party at the Cannes Film Festival where he was booked as a deejay.

“I was booked to run a yacht party in Cannes, but security wouldn’t let me in,” Diplo, 43, shared in the video via Instagram. “The yacht was empty, so I was about to take the L and get food…”

The clip shows a woman inside the event trying to help with the situation by explaining to security that Diplo is the deejay. However, the guard still doesn’t seem convinced.

“Luckily the owner walked by and let me in…”, he notes.

The DJ, whose real name is Thomas Wesley Pentz, says in the video’s caption that his takeaway from the incident is, “Next time I add myself to the guest list.”

Last month, the musician was nominated for a Grammy for best dance/electronic music album.