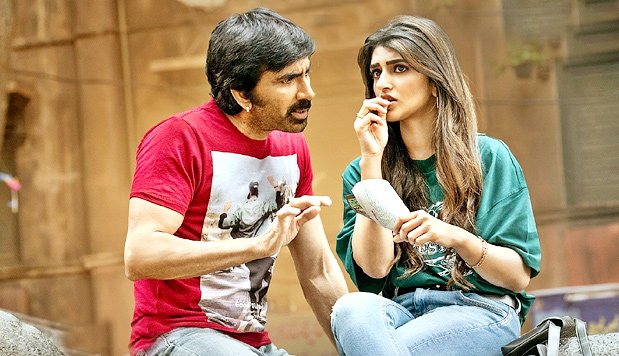 Ravi Teja’s specialty is comedy. With “Dhamaka” he made a long-awaited return to the genre. Trinadha Rao has a track record of providing popular comedy entertainers. Their combination therefore attracted a lot of attention. The film was released in theaters today.

Let’s look at the highs and lows.

Story:
Chakravarthy (Sachin Khedekar) runs a business empire and is told by doctors that he has a terminal illness and has only two months to live. So he decides to appoint a new CEO and distribute some shares to his staff. Eventually, his son Anand (played by Ravi Teja) is expected to take over as CEO.

Swamy (Ravi Teja), a lookalike of Anand, on the other hand, lives with his middle-class parents in the same town and has difficulty finding employment.

Swamy develops romantic feelings for Pranavi (Sreeleela). While Pranavi ponders his proposal, her father (Rao Ramesh) arrives with a potential suitor. He is none other than Anand. She is perplexed. Around the same time, a ruthless businessman named JP (Jayaram) is on a wave of forced takeovers and has set his sights on Chakravarthy’s company.

Will Anand, Chakravarthy’s son, single-handedly save the family business from JP or turn to Swamy, his double?

Performances by artists:
Ravi Teja, known for his energetic performances, is back in his element. If you’re looking for some light fun, Swamy from Ravi Teja offers it. He is very brave in his CEO persona. However, he does better in the humorous bits.

The glitzy vibe of Sreeleela is undeniable. Her role is, predictably, rather empty. In terms of dance moves, she matches the energy of Ravi Teja.

Jayaram as a villain and Sachin Khedekar as a business magnet are perfect. Even though he plays a stock character, Rao Ramesh manages to raise a few smiles. Hyper Aadhi routinely pulls out the same Jabardasth punches.

Technical excellence:
The film is lavishly shot in a lively environment, but Bheems distinguishes himself from the technicians by delivering cheerful mass numbers. Prasanna Kumar’s dialogues are good but his story and screenplay are overly formulaic. The cinematography, production values, and artwork are all fine.

Director Trinadha Rao Nakkina understands Ravi Teja’s strengths and has played the same game in the first half of the film, emphasizing Ravi Teja’s star power and comedic timing. And Ravi Teja seizes the opportunity to provide entertainment by putting on an extravagant show.

Ravi Teja and Sreeleela’s romantic song contains vintage fun elements. There is also a conversation where Sreeleela says he looks muduru (old), implying the off-screen age difference between them. Scenes like this are entertaining.

Aside from these scenes, the story as a whole is a problem. The plot is clichéd. Despite an attempt to give a contemporary look, the screenplay maintains a formal feel to the end. Songs, Sreeleela’s glitz and Ravi Teja’s first parts make the movie watchable, but the second half becomes a total routine act and the climax is utterly boring. The fight sequences are another irritating factor.

The company games in the second half are tedious and ridiculous. Even if we keep our expectations low and prepare for the routine story, “Dhamaka” falls short. Dhamaka means explosion, but where is the implosion?

Overall, “Dhamaka” suffers from a formulaic treatment, as well as a weak story and screenplay. Only to an extent do the early comic segments and the presence of the beautiful Sreeleela work.

What it comes down to: Mild blast