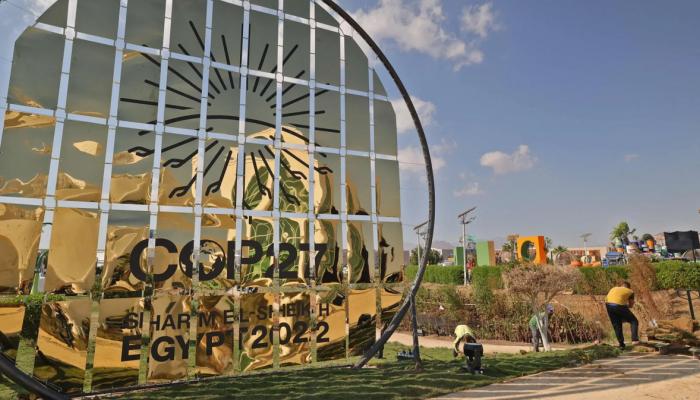 As world leaders gather at the COP27 climate summit hosted by Egypt, efforts are reportedly being made to get companies to shoulder the financial burden.

As world leaders gather in Sharm el-Sheikh, Egypt, for the COP27 climate summit, questions about how to deal with the potentially catastrophic effects of global warming have reached a new level of urgency.

One of the proposals on the table at current meetings is how to pay to fix the problem, and how much will be demanded from the world’s largest and most emitting companies.

US targets new carbon credit plan, Financial Times reports; John Kerry, President Biden’s climate envoy, would gain support for a system in which governments earn credits to reduce emissions from the energy sector, which companies can then buy to offset production.

The plan’s focus on credits is controversial, given criticism that it doesn’t always cut emissions; But its popularity has grown as a tangible way for businesses and governments to catalyze lower carbon production.

Companies’ commitments to tackle climate change already seem uncertain; Thousands of companies are no longer obliged to follow the UN initiative to phase out fossil fuels and are unwilling to pay more money to buy carbon credits.

Indeed, this year a coalition of large corporations with total assets of about $150 trillion has been formed that aims to completely stop paying money for the purchase of carbon credits, as paying the money is theft.

Another thing to watch at the conference is “Loss and Damage.” Diplomacy talks about environmental compensation for developing countries from the world’s biggest polluters.

“Financing schemes” for loss and damage, which a study estimates could reach $580 billion a year by 2030, are on the conference’s official agenda for the first time.

The compensation comes in addition to current financial commitments from industrialized countries to help poor countries adapt to climate change, which have not met promised goals.

However, since 2016 to date, 90% of industrialized countries have not made a commitment to pay compensation for the carbon emissions and resulting climate changes, which caused extreme weather events, droughts and floods, which affected developing and poor countries.

The serious amount was set by the United Nations Climate Change Conference in France at about $100 billion a year, but according to United Nations data, less than $10 billion was saved annually of the total amount, raising concerns about the reality of devotion.

The issue of compensation for developing countries is considered one of the most prominent issues at this year’s climate summit, coupled with the emergence of extreme weather events this year, affecting both developing and industrialized countries.

All of the above comes as the European Union suffers from high fluctuating prices and fluctuating natural gas supplies, prompting them to reopen power plants using coal and nuclear energy, meaning a temporary postponement of climate targets for many industrialized countries.