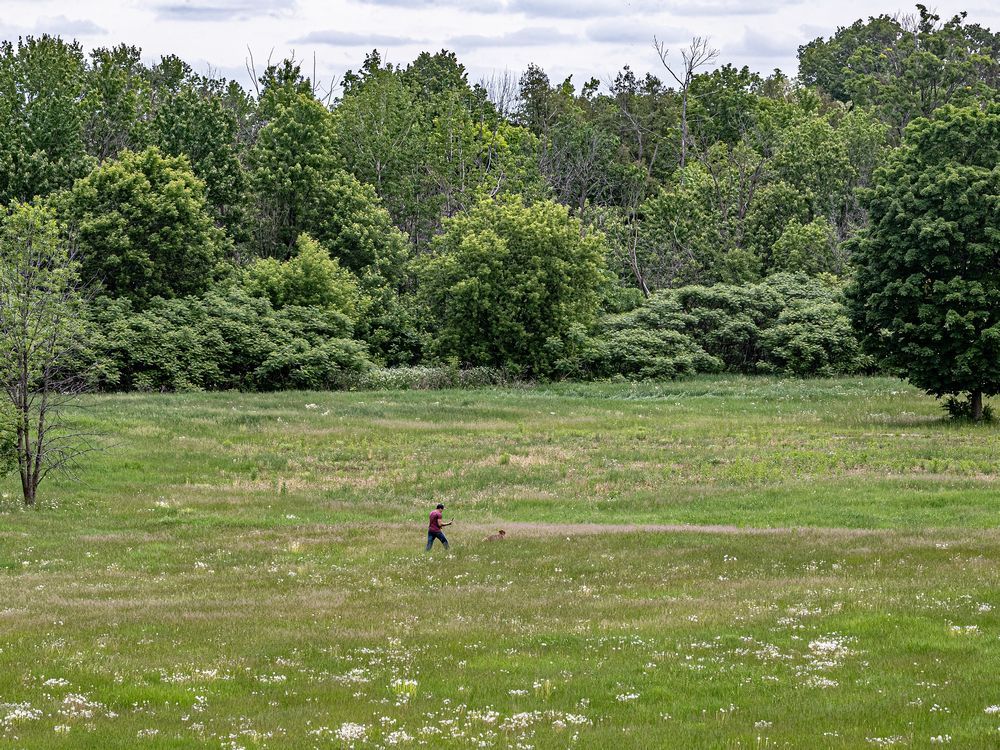 A developer is suing the City of Rosemère and the local Regional Council to obtain a zoning amendment allowing it to build a housing project on the defunct local golf course.

In addition, the developer, Quartier Melrose Inc., is threatening to sue the city and the MRC de Thérèse-de-Blainville for “at least” $126 million in its lawsuit for “disguised expropriation.” That is, if the court agrees that a resolution passed by the MRC in March to suspend the process of amending the regional zoning plan for the developer’s housing on the 60-acre former Rosemère golf course would amount to a refusal.

“Both the MRC and the city acknowledged that the land needed to be cultivated and that it was no longer possible to use it as a golf club due to the decline in the profitability of this industry,” the lawsuit alleges.

Quartier Melrose bought the land for $18 million in 2018, the same year the previous owner closed the golf course.

The developer filed suit in the Superior Court of Quebec in late April, alleging that the MRC’s resolution is illegal because the process to change the land use plan is incomplete and because the current golf course designation is no longer useful to the land, the statement reads. lawsuit . It was the City Council of Rosemère that requested the MRC to amend the zoning plan to allow housing on the site.

It was also Rosemère who in 2020 established the $126 million expropriation value cited in the developer’s lawsuit. Rosemère had hired a private appraiser, who at the time wanted to determine the possible costs of expropriating the golf course.

Quartier Melrose proposes to build semi-detached homes, townhomes, multiplexes, rental and condominiums, and senior housing on one half of the former golf course, near the intersection of Highways 15 and 640, at Labelle Blvd. Half of the site would be left as green space, with trees, paths and linear parks. The developer calls the project an “eco-district” and an example of Transit-Oriented Development as it is close to the Rosemère train station.

The lawsuit states that Rosemère Mayor Eric Westra has publicly said on several occasions that the permitted use of the former golf course should be adjusted. The town of 14,000 inhabitants also held public consultations on the future development of Rosemère, including the golf course.

So many developers are bringing zoning plans to the courts that it’s hard to keep up with numbers, said attorney Anne-Sophie Doré, a coordinator at the Center québécois du droit de l’environnement (CQDE). The group provides information to elected officials, environmental groups and residents about legal means to protect the environment.

“It’s the kind of lawsuit we’ve grown accustomed to,” she said of the Rosemère case.

In March, Cadillac Fairview announced it was suing the city of Pointe-Claire over the council’s decision to pass a mid-term audit ordinance that temporarily freezes the issuance of building permits in certain parts of the borough, while giving itself time to reconsider local building density and revise its urban plan. The permit moratorium suspended Cadillac Fairview’s plan to build a mixed-use residential project in the parking lot of the Fairview Pointe-Claire shopping center.

Every case in which a developer and municipality are pitted against each other is different, says Doré. But the dispute often revolves around the development of a nature reserve, she said. In several cases, the landowners claim that municipal efforts to repurpose the conservation zones are disguised expropriation, Doré said. The Rosemère case, she added, differs from other cases in that the city favored a housing development on part of the former golf course.

“Many municipalities are told by developers that if you don’t change (the zoning plan to housing) or if you change the zoning plan (to nature conservation), we will sue you,” Doré said. “When a small municipality is at risk of being sued for millions of dollars, it puts a lot of pressure on elected officials.”

The outcomes of a few high-profile cases making their way through the courts are likely to influence the trend, she added.

A high-profile case is Mascouche vs. Dupras, which the Union des municipalités du Québec has announced it will join. In May, the city of Mascouche sought permission to appeal to the Supreme Court of Canada after a citizen successfully sued the city for covert expropriation. The city had changed the use of the citizen’s wooded lot to conservation. Before the redesignation, part of the land was zoned for conservation and most of it was for residential use.

“There are high-profile cases that are likely to set the tone for the future and cause either more of these disguised expropriation processes or the trend to decline,” Doré said.

The MRC de Thérèse-de-Blainville’s March 23 resolution halting the process to amend the regional land use plan for the former Rosemère golf course stated that it is “premature” to change the permitted uses for the site, in part because the Montreal Metropolitan Community (MMC) is preparing to update the land use and development plan for the entire Greater Montreal region.

The resolution also noted that several mayors are calling on the Quebec government to review the province’s expropriation law so that fees paid by municipalities to expropriate land for conservation are based on market value rather than the principle of the highest value and best use of a property, regardless of zoning.

The MMC passed a preliminary control ordinance in April, which aims to protect “natural environments of interest” in its territory and increase the region’s share of protected natural areas by banning construction on sites listed in the ordinance. The former golf course of Rosemère is not listed. The MMC says it is now working on a policy for golf courses.