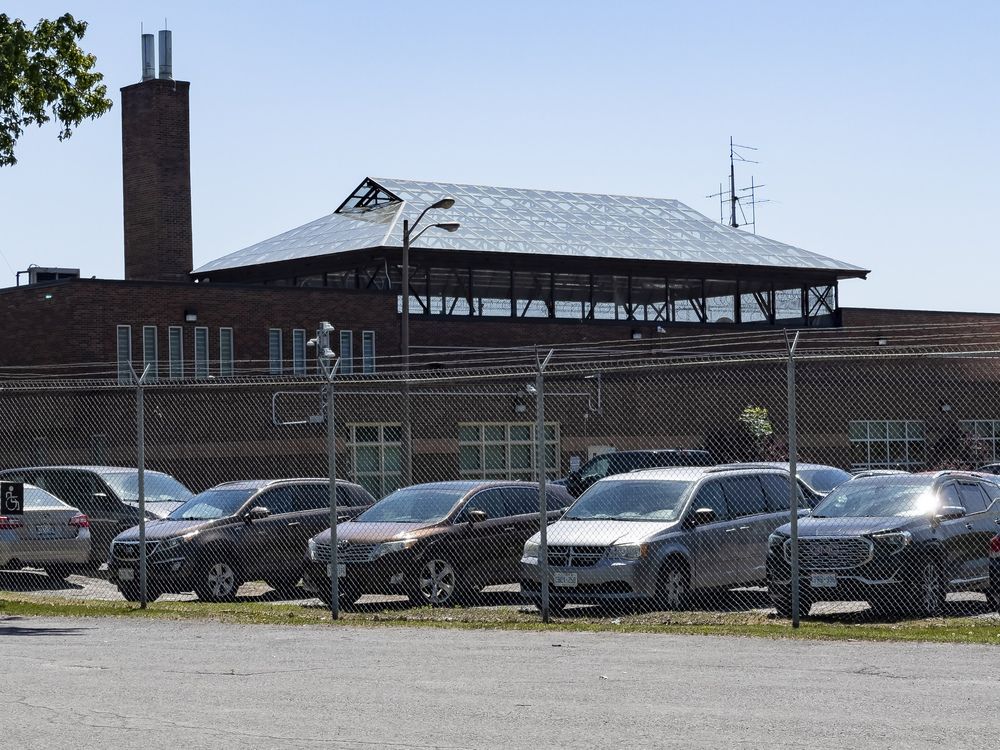 Bill Renwick always had his own cell in Ottawa Jail – until October 17, 2020 at least.

Hours later, he would be beaten to death by a cellmate, one suggested by a guard at the Ottawa-Carleton Detention Center as a perfect match, according to another inmate’s account of the incident.

Renwick, 49, had a history of mental illness and was disciplined for violence and threats against other inmates and prison staff.

He was in jail for bail violations in a theft case.

He lost his cell-only status when a guard escorted a new arrival to A-Pod and ordered him to sleep with Renwick in cell #2.

‘I have someone for you. You’ll be perfect together,’ the guard heard Renwick say.

(This account is revealed in court files extracted from an inmate’s interview with the Ottawa Police Department and later his testimony in court.)

Then, shortly after the lights went out, Renwick and his new cellmate, Kivi Bar Wari, 37, began arguing loud enough for other inmates to hear.

It went on for 10 minutes but the guards did not respond.

Then, minutes before Bar Wari started beating Renwick to death, he yelled several times to the guards, “I’m going to hit my cellmate.”

The inmates at the firing range heard Bar Wari’s calls to the guards, and then they heard the brutal, deadly beating. The inmates said it sounded like someone’s head banging against the walls repeatedly.

The inmates were right, because in cell #2, Bar Wari Renwick’s head banged against the walls and toilet.

He beat Renwick until he lay unconscious in a pool of blood on the floor.

“I hit my cellmate. We have a medical emergency,” the killer yelled at the guards.

These events were revealed in an agreed statement of fact previously filed with the court.

The guards checked the cell just before 11 p.m. They found Renwick face down in a pool of his own blood. Bar Wari, sitting on a stool, told the guards, “That’s what he gets.”

Bar Wari was originally charged with aggravated assault. After Renwick later died, that charge was upgraded to second-degree murder.

Bar Wari pleaded guilty to the lighter charge of manslaughter in March and was sentenced to eight years – a joint position of the Crown and the defense.

Renwick and his killer had never met. They were not from the same cities, were not of the same race or religion, had no mutual friends, and were in prison on different charges.

Aside from being in prison at the same time, the only thing they had in common was a history of mental health issues.

The story of a guard who says to Renwick, ‘I’ve got someone for you. You’re going to be perfect together,” reads a summary of a detainee’s police interrogation.

The summary was submitted by defense attorney Biagio Del Graco as part of the pre-trial detention filings.

“This tragedy highlights the ongoing difficulty of housing and managing incarcerated individuals with mental health problems, a reality exacerbated by the pandemic,” Del Graco said.

The provincial prison authority has not yet commented on the guards’ reported actions during the deadly service.

While Renwick was found unconscious, Bar Wari had no visible injuries, and his shoes and socks were spattered with the victim’s blood.

Renwick van Arnprior, who never woke up from a coma, was pronounced dead three weeks later at The Ottawa Hospital’s Civic campus.

On the night in question, his killer, a homeless man, was in Ottawa Prison awaiting trial for attempted arson, burglary and mischief.

Bar Wari was later acquitted of attempted arson, but was found guilty of burglary and mischief.

Renwick had a history of mental illness and had Parkinson’s disease.

A forensic pathologist concluded in his report that Renwick died of a blunt blow to the head and noted multiple injuries.