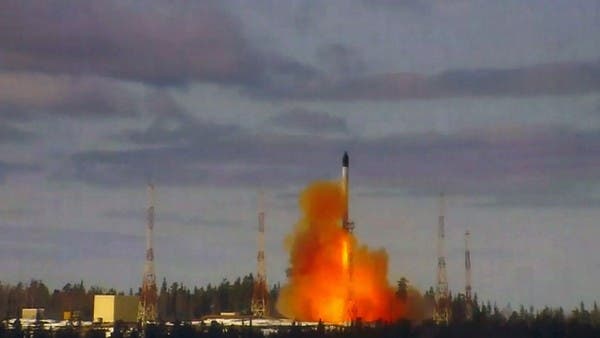 The United States does not believe there is a threat of Russia using nuclear weapons, despite a recent escalation in rhetoric in Moscow, a senior US defense official said Friday.

“We continue to monitor their nuclear capabilities as closely as possible every day and we do not estimate that there is a threat from the use of nuclear weapons and no threat to NATO territory,” the official told reporters, speaking on condition of anonymity. †

Russian Foreign Minister Sergey Lavrov said on Monday that the West should not underestimate the heightened risks of a nuclear conflict over Ukraine.

Russia said earlier this month it plans to deploy its recently tested Sarmat intercontinental ballistic missiles capable of carrying out nuclear attacks on the United States by the fall.

Western concerns about the risk of nuclear war increased after President Vladimir Putin launched the Russian invasion of Ukraine on February 24 with a speech in which he pointedly referred to Moscow’s nuclear forces and warned that any attempt to stand in the way of Russia ​“will lead you to such consequences that you have never encountered in your history.”

British Prime Minister Boris Johnson said this week he did not expect further Russian military failures in Ukraine to lead Putin to use tactical nuclear weapons there, and said the Russian leader had room to maneuver and end the conflict.

Earlier this month, CIA Director William Burns said Russia’s threat that it may be using tactical or low-efficiency nuclear weapons in Ukraine cannot be taken lightly, but the CIA has not seen much practical evidence to bolster those concerns.

The Russian invasion of Ukraine has killed or injured thousands, reduced towns and cities to rubble and forced more than five million people to flee abroad. Moscow calls its action a “special operation” to demilitarize its neighbor.

Putin warns of ‘lightning reaction’ to intervention in Ukraine