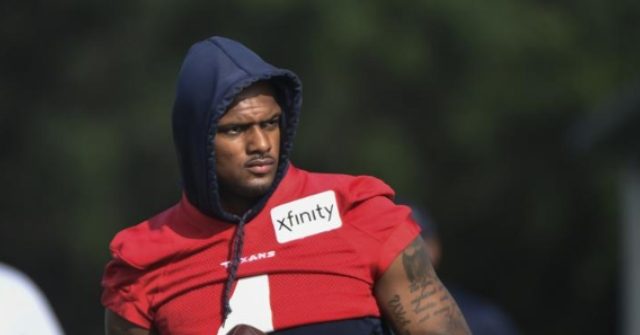 On Friday, HBO announced that several accusers of NFL Quarterback Deshaun Watson will be interviewed by Soledad O’Brien on the next episode of real sport†

The episode airs Tuesday at 10 p.m. Soledad O’Brien will conduct the interview.

Tuesday’s episode of HBO Real Sports with Bryant Gumbel will have @soledadobrien sit with “several women who have accused Deshaun Watson of sexual misconduct … for their first-ever national TV interview,” according to a press release from HBO.

Watson faces 22 civil lawsuits alleging varying degrees of sexual misconduct from female massage therapists who worked on him while he was a member of the Houston Texans. In March, two grand juries declined to indict him on criminal charges.

The quarterback has steadfastly denied all allegations of misconduct. Although the courts refused to file criminal charges against him, the burden of proof on the NFL is much lower. The league has not imposed any discipline on Watson while the case has made it through the courts. With Watson’s arrival to Cleveland and the NFL rapidly approaching the season, the league will likely have to choose between suspending Watson and placing him on its list of exempt commissioners (a provision that allows a player to still be paid, but not participate in team activities), or publicly state a reason why they will not take any of those actions.

It will be interesting to see what impact the appearance of Watson’s accusers on a widely viewed cable network has on a decision on league punishment.