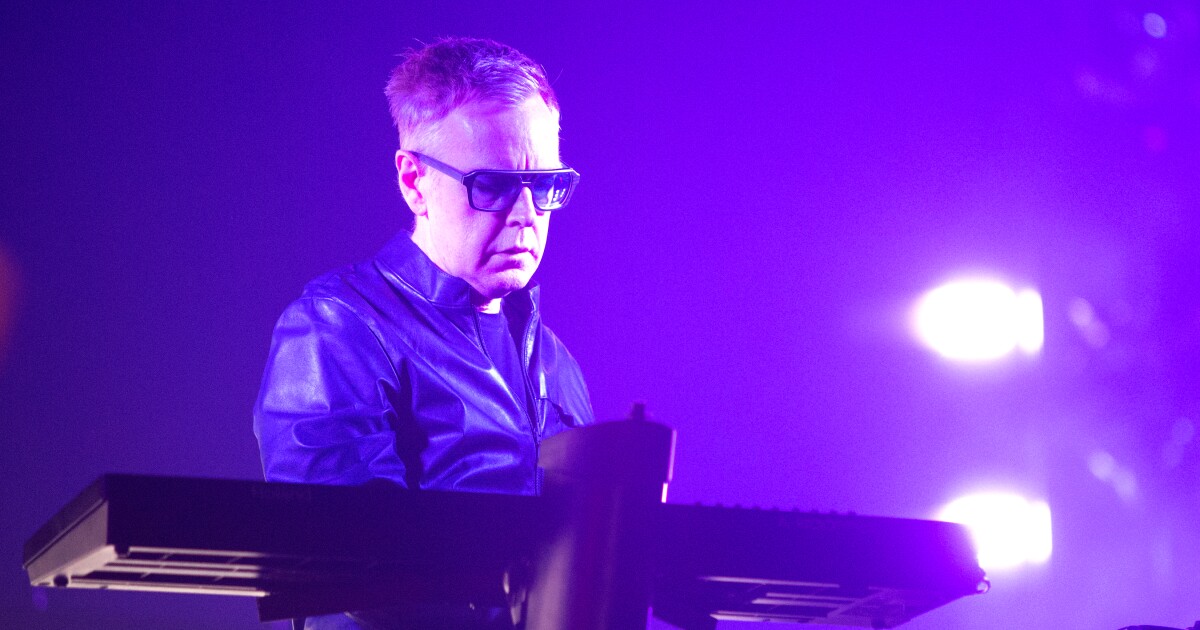 Depeche Mode shared the cause of death on Monday for co-founder and keyboardist Andy Fletcher, who passed away last month.

Fletcher died on May 26 at his home at age 60. According to the band’s social media, Fletcher died of an aortic dissection, a tear in the wall of the body’s main artery through which blood flows.

“We wanted to take a moment to reflect on the outpouring of love for Andy that we’ve seen from all of you over the past few weeks,” the band wrote on Instagram. “It’s incredible to see all your photos, read your words and see how much Andy meant to all of you. As you can imagine, it’s been a strange, sad, disorienting few weeks for us to say the least. But we’ve seen and felt all your love and support, and we know Andy’s family has too.”

“A few weeks ago we received the results of the medical examiners, which Andy’s family has asked us to share with you now,” the statement continued. “Andy had an aortic dissection at home on May 26. So, even though it was much, much too soon, he died naturally and without long-term suffering.”

Fletcher, singer Dave Gahan and keyboardists Martin L. Gore and Vince Clarke founded Depeche Mode in Basildon, England, in 1980. The group became one of the most successful rock acts of its time. (Alan Wilder replaced Clarke in 1981.) Speaking of his role in the group, which was inducted into the Rock and Roll Hall of Fame in 2020, Fletcher said humbly: “Martin is the songwriter, Alan is the good musician, Dave is the singer. and I scurry about.”

During a 2013 interview with the online magazine Electronic Beats, Fletcher described himself as “the tall man in the background, without whom this international company called Depeche Mode would never work.”

Fletcher was more than just a keyboardist in the band, he was an essential part of the studio team. For example, on ‘Walking in My Shoes’, from 1993’s ‘Songs of Faith and Devotion’, Fletcher pounded on a suitcase with a pole to get the right percussion sound. He noted that a hallmark of synth-driven acts is a certain anonymity, which works great if you want to go to the cinema, but not if you want to be recognized as an artist.

“We celebrated Andy’s life in London last week, which was a beautiful ceremony and a gathering with a few tears but filled with the wonderful memories of who Andy was, stories of all our time together and some good laughs,” Depeche Mode wrote in Monday’s statement. “Andy was celebrated in a room filled with many of his friends and family, our immediate DM family and so many people who have touched Andy’s and our lives over the years. Being all together was a very special way to remember Andy and say goodbye.”

“So thank you for all the love you’ve shown Andy and his family and friends over the past few weeks,” the band added. “It really means the world to all of us. Andy, you will be missed, but not forgotten. Love, Martin and Dave.”