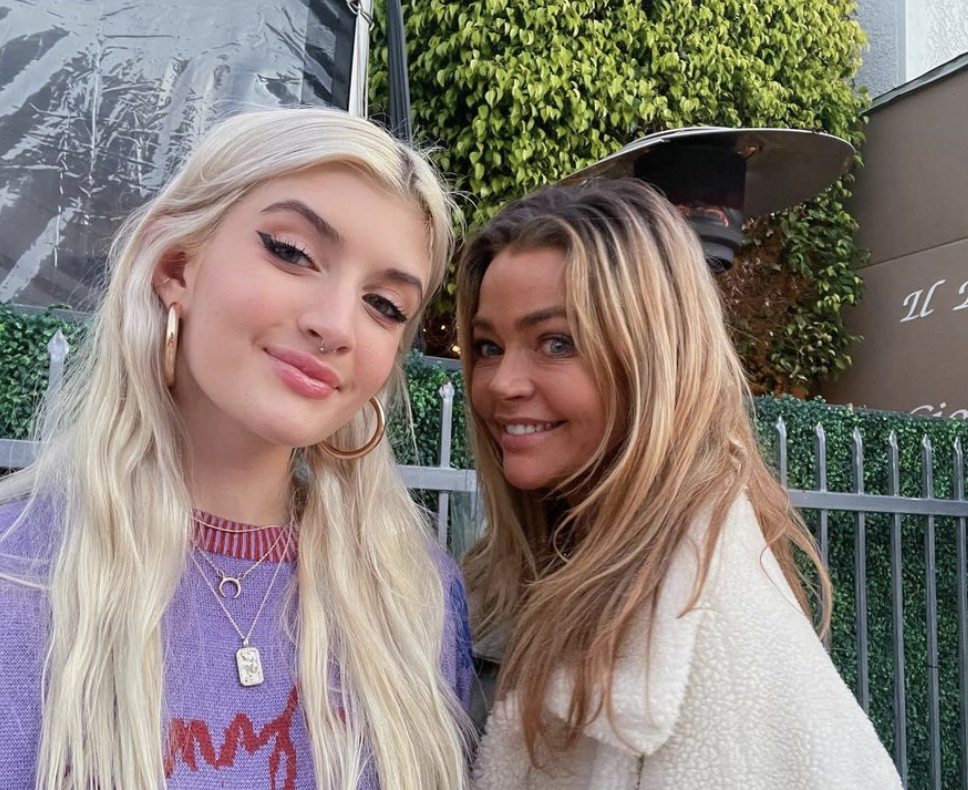 Denise Richards was estranged from her eldest daughter to Charlie Sheen, Sami, but they reconnected in time for Mother’s Day.

The 18-year-old shared a few photos of herself with her mother in front of Italian restaurant Giorgio Baldi in Santa Monica, California, alongside a sweet message. “Happy Mother’s Day!!”, wrote Sami. “I love you so much mom. You have no idea how grateful I am to have you in my life.”

Richards replied, “Thank you Sami for a great Mother’s Day. It means a lot to me.”

The love actually actress also mentioned her own late mother, Joni, who died of cancer in November 2007.

“I know Grandma was dining with us, she would never miss one of her favorite restaurants,” Richards wrote. “Thank you and I love you so much.”

The mother-daughter duo were much better off than last year, when Sami posted on TikTok that she’s “finally moved out of hell house,” which she said was “insulting” and left her “insanely depressed,” before making the posts private. She moved in with her father, who said she would take the GED.

As late as February, Richards said her relationship with Sami remained in a rocky spot.

“Honestly, I have a tense relationship with her,” she told host Jeff Lewis on SiriusXM’s Jeff Lewis Live† “It’s very difficult. I know we’ll eventually get back to where we were, but right now it’s tense.”

At the time, Sami was living with Sheen, although Richards said she would welcome Sami back to her home.

“But I think it’s really hard to raise teenagers now and especially in Los Angeles when there’s access to everything. We didn’t grow up with Postmates and Uber where you have everything you want,” Richards said. “There are certain rules and I enforce them. And [at Sheen’s]there are other rules in that house and that’s okay.” She added that she disagrees with everything Sheen does.

Then, in March, Richards wrote a loving birthday message to Sami.

“I love you unconditionally,” Richards wrote in part, “and I am very blessed and grateful to be your mother.”

Richards also shares 16-year-old daughter Lola with Sheen, whom she married in June 2002 and filed for divorce in March 2005. She adopted daughter Eloise, who turns 11 this month, in 2011, and has been raising her with Aaron Phypers, her husband since September 2018.