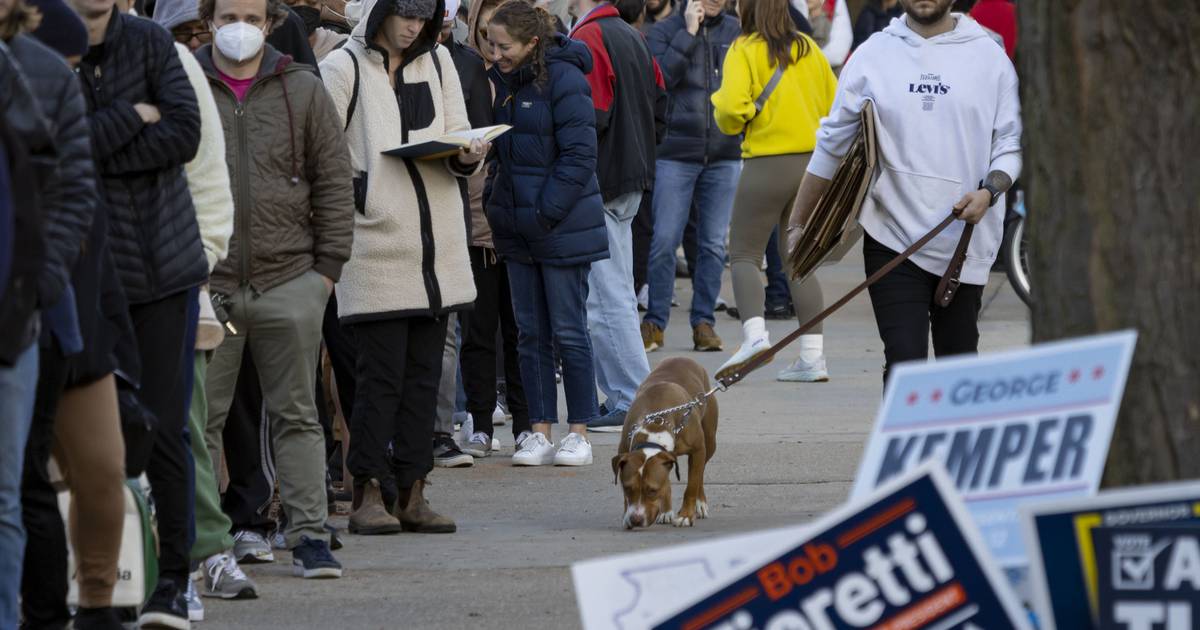 A compressed election season that plagued voters with tens of millions of dollars in largely negative advertising ends Tuesday as voters head to the polls to decide contests from the U.S. Senate, governor, statewide offices and every congressional and state legislative seat, as well as a proposal to change the constitution of the state.

Polling stations open on Election Day at 6 a.m. and close at 7 p.m., with anyone queuing at closing time still eligible to vote. The weather forecast for the Chicago area calls for partially sunny skies with maxima in the upper 50s with light winds and no rain.

Campaigns launched more than a year and a half ago in a renewed wave of a COVID-19 variant have dragged voters through a range of issues ranging from pandemic mitigation to crime and civil law, taxation and fiscal caution, jobs, union support, abortion and LGBTQ rights to an inflationary economy are all creating a comprehensive referendum on governance at the ballot box.

Also at stake was the role of voters in Illinois in determining the partisan make-up of the U.S. House in contests involving 17 newly elected congressional districts, as well as what would be the majority party in the U.S. Senate.

Early Monday, the Illinois State Board of Elections reported that nearly 1.2 million of the state’s more than 8.7 million registered voters cast their ballots early, either by mail or on in-person voting sites. With one day to go, that’s less than in 2018, when more than 1.56 million people voted early and sent out their ballots. However, the number of ballots returned by mail will be higher in 2022 than in 2018: more than 544,000 have been returned so far this year, compared to 427,000 in total in 2018.

In Chicago, 237,219 votes were cast by Sunday night, either by mail or in person, down about 37,000 from a comparable time frame in the 2018 midterms, according to the Chicago Board of Elections.

But in parts of Chicago, voters queued, sometimes for hours, on Monday to cast their votes.

At the 44th Ward’s earliest polling place, the line of voters stretched down Belmont Avenue and turned the corner onto North Broadway. Site manager Vito Cifaldi said the wait was about 2 hours at the Merlo library and the lines had been significant over the past three days.

On Sunday, the election staff there stayed open until 7:30 p.m. to accommodate voters queuing for the early site to close at 4 p.m., Cifaldi said. Most voters were understanding, Cifaldi said.

Nicolette Brick, a 28-year-old resident of Lakeview, had hoped to beat Election Day and waited an hour in line on Monday. But eventually she gave up.

A complicating factor for polling day in Chicago is the redesign of many districts and the relocation of polling stations. Voters who wish to go to their polling stations on Election Day must go to their assigned location. In addition, all 51 Chicago early voting sites will be open as voting centers on Tuesday, and a Chicago voter can vote for anyone, regardless of where they live in the city.

“I think this is the big step. People are realizing how important these elections are at different levels,” Marisel Hernandez, chairman of the Chicago Board of Elections, said Monday. “I really think people will come out and I think that we’re going to beat the 2018 numbers.”

Voters voting by mail must have their ballots mailed out Tuesday at the end of the day and postmarked so they can count or they can also return them to the ballot boxes or hand them in to vote in person, she said.

The 2022 general election season was shortened following a decision by Democrats who control the office of the governor and the General Assembly to postpone the traditional March primaries to June 28, in anticipation of the pandemic-delayed federal census figures used for the decade-long redraw of congressional and legislative district boundaries.

But the delayed time frame didn’t change the heavy spending the state has seen in recent years, largely in the campaign for governor, where billionaire involvement resulted in more than a quarter of a billion dollars in spending through the primary.

On the eve of the final day of voting, politicians traveled across the state for rallies in a last-minute search for votes as the number of undecided and convincing voters dwindled.

Pritzker took part in a multicity, downstate flyaround with other Democratic-based leaders across the state seeking reelection with stops that included union halls in Marion, Peoria, Springfield, Rockford and the Quad Cities. Also the first term of US Senator Tammy Duckworth, who is seeking reelection against Republican Kathy Salvi van Mundelein, accompanied him many times.

Also part of the entourage was Illinois AFL-CIO president Tim Drea, who pushed for support for a proposed constitutional amendment at the top of the vote that would enshrine the right to collective bargaining in the state’s governing document.

Other key races on the ballot include suburban congressional contests in which two-year Democratic U.S. Rep. Sean Casten of Downers Grove takes on Republican Keith Pekau, the mayor of Orland Park, in the 6th district; two-term Democratic US Rep. Lauren Underwood of Naperville v Republican Scott Gryder of Oswego, the chairman of the board of directors for Kendall County, 14th district; and veteran Democratic US Rep. Bill Foster of Naperville v Catalina Lauf of Woodstock.

Also at stake are two Illinois Supreme Court seats outside of Cook County that could determine whether the Democrats will retain a majority in the court they’ve held since the 1960s. In the new 2nd district to the north, Democrat Elizabeth Rochford faces Republican Mark Curran, while in the new 3rd district to the south, Republican nominee Michael Burke is challenged by Democrat Mary Kay O’Brien.

Also, all 177 seats in the General Assembly are elected — 118 in the House and 59 in the Senate — with contests deciding whether Democrats will maintain their veto-resistant supermajority over Republicans in both chambers.

In an era of concern about the electoral process, election officials in Chicago said they have not seen the increase in threats seen by other electoral jurisdictions across the country. But they will still “keep a close eye on every aspect of this electoral process,” Hernandez said.

Chicago voters who encounter irregularities on election day should call the city government’s central hotline at 312-269-7870, spokesman Max Bever said. Voters can also find out where their polling station is by calling the hotline or visiting the Chicago Electoral Council website.

State Elections Council officials also warned people to beware of misinformation on social media that could aim to suppress voters. If voters encounter irregularities at their polling stations, they should report it to an electoral judge and then inform their local electoral authority, officials said. Illinoisans may also email [email protected] or call 217-782-4141 to notify state election authorities of any irregularities.

The United States Law Office for the Northern District of Illinois will also operate a hotline for voting complaints on Election Day at 312-469-6157.