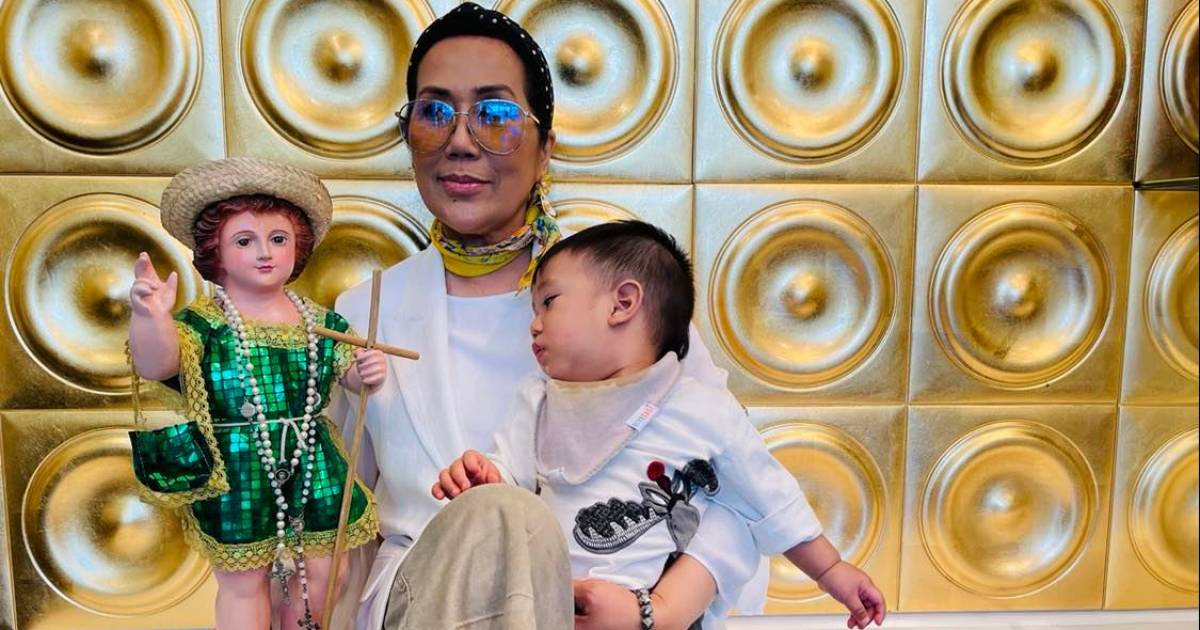 When her daughter struggled to conceive a first child, Socorro Castro Newland knew exactly what to do.

The fashion expert from West Vancouver prayed fervently to the Santo Niño (Holy Child) at the altar of her home.

“Within less than a year, my daughter became pregnant and gave birth to a bouncing baby boy,” Newland told the Straight ahead†

The boy’s name is Mateo, whose biblical meaning is “Gift from God”.

“He’s a miracle baby,” Newland said of her grandchild, who turned one last April.

Devotion to the Santo Niño or some form of the image of the infant Jesus has been a part of Catholic life in many parts of the world.

The Spanish Santo Niño de Atocha and the Czech Infant Jesus of Prague are examples.

In the Philippines, where Newland was born and raised, the Santo Niño in the central province of Cebu is most popular.

Cebu was the place where Catholicism started in the Asian country during the 16e century.

When Portuguese explorer Ferdinand Magellan, in the service of the Spanish monarchy, converted the natives to the faith in 1521, he presented a statue of the Santo Niño as a gift to the local chieftain, Rajah Humabon, and his queen.

This gift is the oldest Christian artifact in the Philippines and is kept in a basilica in Cebu City.

Various images and statues of Santo Niño can be found in many churches, as well as homes and businesses in the Philippines.

The statue Newland has in her home is one of the valuable possessions she took with her when she emigrated to Canada.

It was part of her legacy from her late mother.

Traditionally dressed as a king, Santo Niño statues in the Philippines are depicted in various and often playful ways.

The statue of Newland is dressed as a farmer holding a basket of coins. It’s a nice way to wish the owner never ran out of money.

In the summer of 2021, the parish of St. Anthony of Padua in Agassiz, BC announced a fundraiser to build a Santo Niño shrine on the property.

The shrine is intended to commemorate the 500 years of Christianity in the Philippines.

Antonio Ortega, founder of the Cebuano Society of BC, was one of the first to heed the call to fundraise.

Once completed, the sanctuary will be donated to the Archdiocese of Vancouver.

When Newland and her family were approached to help raise money, she didn’t hesitate.

“It was the right thing to do,” Newland said.

To Newland’s knowledge, the planned Santo Niño shrine in Agassiz will be the first of its kind in Canada.

The sanctuary hopes to attract pilgrims from inside and outside the country, especially from the US West Coast.

In the interview, Newland said the response from the Philippine community has been overwhelming.

Newland said the Santo Niño, like her family, has played a role in the lives of many Filipinos in and outside their native countries.

“They must have had their own share of miracles too,” she said.

Her late mother was a devotee.

“My two brothers both had ‘Jesus’ as their first names: Jesus Antonio and Jesus Martin,” Newland said.

Although she doesn’t attend church as often as she did when she lived in the Philippines, Newland said she maintains her faith.

“I have my personal space at home. I have a small altar,” she said.

“My grandmother always said you can talk to God anywhere.”

Newland knows she can always count on the Santo Niño.

When her husband faced a life-threatening medical condition, she prayed to the Holy Child.

“Until now, I’ve never been let down,” Newland said.

On May 8, a groundbreaking ceremony was held on the grounds of the parish of St. Anthony of Padua.

Rosette Correa of ​​the Philippine Asian news today reported that David Monroe, Bishop Emeritus of Kamloops, was leading the event.

The local Philippine community newspaper also noted that the shrine is expected to be completed in the summer.

Meanwhile, Newland will conduct a fundraising gala in Vancouver on June 5 for the construction of the sanctuary at Fraserview Banquet Hall (8240 Fraser Street).

“This is all for His glory,” Newland said.