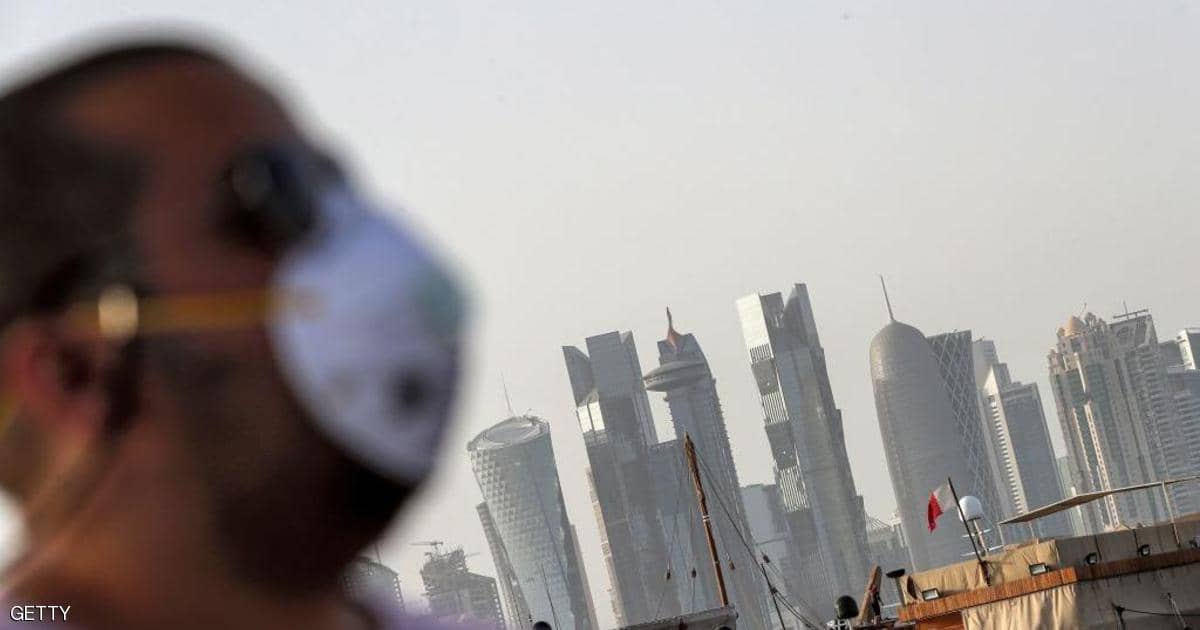 The way Qatar ranks deaths among migrant workers may mask the true number of people who die from exposure to high temperatures, according to new testimonials compiled by BBC News Arabic.
Migrant workers and their families called on Gulf states and the governments of their countries to conduct more thorough investigations into the deaths of workers believed to have died as a result of exposure to very high temperatures or of “sunstroke.”
Despite the lack of sufficient data, the number of migrant workers from South and Southeast Asia who die annually in the UAE, Saudi Arabia, Qatar, Oman and Bahrain is estimated to be about 10,000 people per year, says Fairsquare Projects, a nun. -profit organization. human rights organization based in London. , examines the conditions of foreign workers in Gulf Cooperation Council countries.
More than 2,000 Nepalese workers have been killed in the past 15 years in Qatar alone.
A recent international study found that the cause of death in 517 cases in the past eight years was heart disease, possibly due to heat stress – a preventable cause.

The BBC has asked the government of Qatar to respond to allegations that it has reported no deaths from heat and that Qatar’s way of classifying deaths of migrant workers may obscure the number of people who have died from heat exposure. But we got no response from them.

In a recent statement, the UAE government said it had ratified nine ILO covenants related to the rights of migrant workers.
It also confirmed that it banned work between 12:30 a.m. and 3:00 p.m. during the summer season, also said it was making the supply of drinking water a binding condition, and opened a hotline for employees where they could complain, noting that it would fine employers who violate.
The UAE government maintains its determination to continue improving working conditions.
Families of deceased employees say the lack of information about the circumstances of their relatives’ deaths prevents any investigation into the possibility that poor working conditions or negligence played a role in their deaths. None of the families of the deceased Gulf workers the BBC spoke to received any compensation from the Qatari government, which affected them financially and psychologically.
“He came back to us in a box”

Sita’s husband, Dan, left Nepal seven years ago to work in Saudi Arabia and then Qatar, installing doors and windows on construction sites.
“He was constantly sweating and getting nosebleeds from the heat,” says Sita. “His friends found him writhing in pain, so they took him to the hospital, but he died on the way.”
The death certificate issued to Dan stated that the cause of death was “cardiac arrest”. But dr. Ratna, a cardiologist at Tribhuvan University Teaching Hospital in Kathmandu, Nepal, told the BBC: “In the days leading up to Dan Bahadur’s death, temperatures were well above 40C.

He continued: “Any foreign worker who constantly works in temperatures above 40 degrees Celsius and to the point of fatigue is exposed to a high probability of dying suddenly. Dan Bahadur’s death certificate states that he died as a result of “ heart failure”. arrest”, but all people die because of cardiac arrest work”.
Dunn’s family are still looking for answers about the cause of his sudden death, and his father, Badam, told the BBC: “He came back to us in a box. In a white box. I don’t understand what happened. “

Summer work is prohibited.
Qatar has been closely watched over the treatment of migrant workers since winning the FIFA World Cup in 2022.
In 2014, a report by the law firm DLA Piper International, which represents the government of Qatar, “strongly” recommended Doha to investigate the deaths of migrant workers from cardiac arrest.
It is noteworthy that since 2017 the Qatari government has taken measures to prevent the employment of migrant workers at very high temperatures, limit their working hours and improve living conditions in their relief camps. However, Amnesty International says that Doha has not yet improved “procedures for investigating deaths among migrant workers, determining causes of death and addressing these causes”.

Mohammed Al-Obaidli, an official at the Qatari Ministry of Labor responsible for migrant workers, told the BBC: “Working in the summer season is completely prohibited. I have to emphasize this repeatedly. The death of an employee is a big problem for us. Ultimately, human life is extremely important and it is the responsibility of the state.”
He said: “If it is proven that the real cause of death was exposure to sunlight and working in the sun during the summer season, the company will punish and compensate the employee’s family.”
The temperature in the Gulf region is known to regularly reach 50 degrees Celsius and is currently twice the global average due to climate change.
The Gulf States are home to more than 14 million migrant workers.