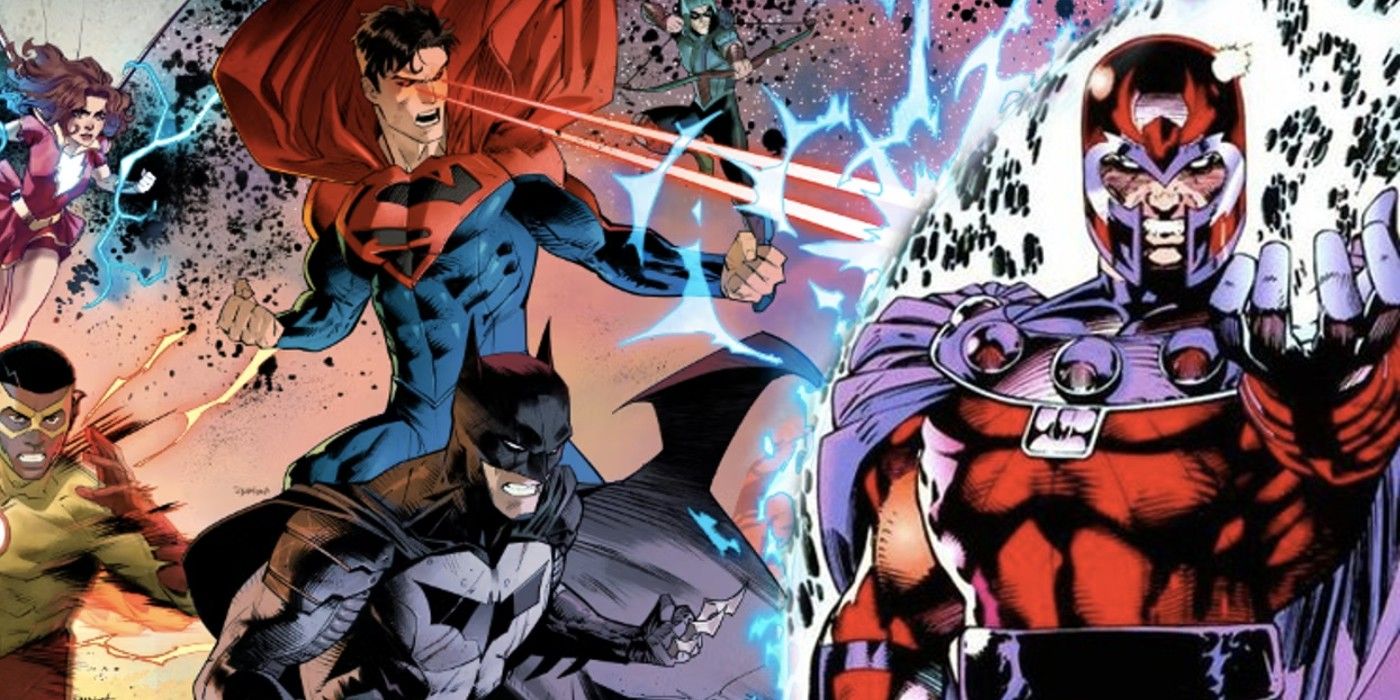 A new variant cover for DCeased: War of the Undead Gods by artist Dan Mora is a beautiful tribute to the classic 1991 X-Men #1 wraparound cover.

A new variant cover for the coming DC Comics series DCeased: War of the Undead GodsUnveiled by series writer Tom Taylor and illustrated by Dan Mora, is a beautiful tribute to the famous 1991 wraparound cover of X-Men #1 by Jim Lee. X-Men #1 Written by the iconic Chris Claremont and Jim Lee with art by Lee, it is the best-selling comic book of all time and kick-started the legendary and controversial ’90s X-Men series. Jim Lee’s bold, colorful artistic style became the centerpiece of the 90s stripe aesthetics and helped turn the X-Men into one of the most popular comic book franchises of the decade, so it’s no wonder artist Dan Mora chose this iconic cover to pay tribute.

DCeased: War of the Undead Gods – written by Tom Taylor with art Andy Lanning and Trevor Hairsine – is the third and final series in the popular alternate universe line of DC stopped comics. DC stopped follows a world where Darkseid’s Anti-Life Equation is transformed into a technological viral infection, quickly spreading across Earth and the entire universe, turning citizens, heroes and villains into horrific zombie-like monsters. DC stopped: War of the undead gods will conclude the series, which series creator Tom Taylor said was always intended to be a trilogy. the second episode, DC stopped: Dead Planetsaw second-generation heroes such as Damian Wayne, Cassie Sandsmark, and Cassanrda Cain return to Earth and cure the population of the virus with Cyborg’s help.

However, this does not means the rest of the universe is healed. In DCeased: War of the Undead Gods Zombie Darkseid has gathered a powerful undead army to wipe out the living once and for all. The cover of Dan Mora’s tribute, shared on Twitter by Tom Taylorin which Big Barda, Mary Marvel, Cassie Sandsmark and Wallace West face an unknown terror, replacing the iconic X-Men team members of Colossus, Rogue, Gambit and Psylocke from the original X-Men #1 cover.

It’s honestly quite a bold statement to make a variant cover that pays tribute to the best-selling comic of all time, but with how popular DC stopped Since the first volume debuted in 2019, the tribute isn’t that shocking. DCeased: War of the Undead Gods is an exciting closing chapter of the series as apparently the anti-life equation has reached the deepest depths of the DC universe cosmos, meaning iconic characters such as Lobo, Sinestro, and Braniac will make their appearance. Dan Mora actually reproduced the classic in full X-Men #1 enveloping cover, the comparison of which can be seen above, replaces Magneto with Darkseid, Storm with DC’s new Shazam Cassandra Cain and Cyclops with Jonathan Kent, brilliantly replacing Cyclops’ optical power beams with Superboy’s thermal vision beams. It’s refreshing to see a DC Comics artist and popular comic pay tribute to an incredibly iconic piece of art from their main competitors at Marvel Comics. This shows that regardless of the competition between the two publishers, comic book creators, writers, artists and editors can always appreciate a great piece of art.

Dan Mora’s epic recreation of Jim Lee’s beloved X-Men #1 (1991) wraparound cover for DCeased: War of the Dead Gods #2 really is the perfect tribute to such a classic piece of comic book art, and will hopefully be available as a full cover for a future collected edition of the conclusion DC Comics† DC stopped trilogy.

More: Green Lantern vs Darkseid Will Determine the Future of the Universe

Alex Schlesinger is a Comics News journalist for Screen Rant. One of his greatest passions is reading and writing comic books and has been obsessed with comics since childhood. Alex loves to write about all things comics, but queer comics and the X-Men will always hold a special place in his heart. Alex lives in Washington with his fiancée Zach and their two adorable cats, Jasper and Harley. Find Alex on Twitter @alextalkscomics.