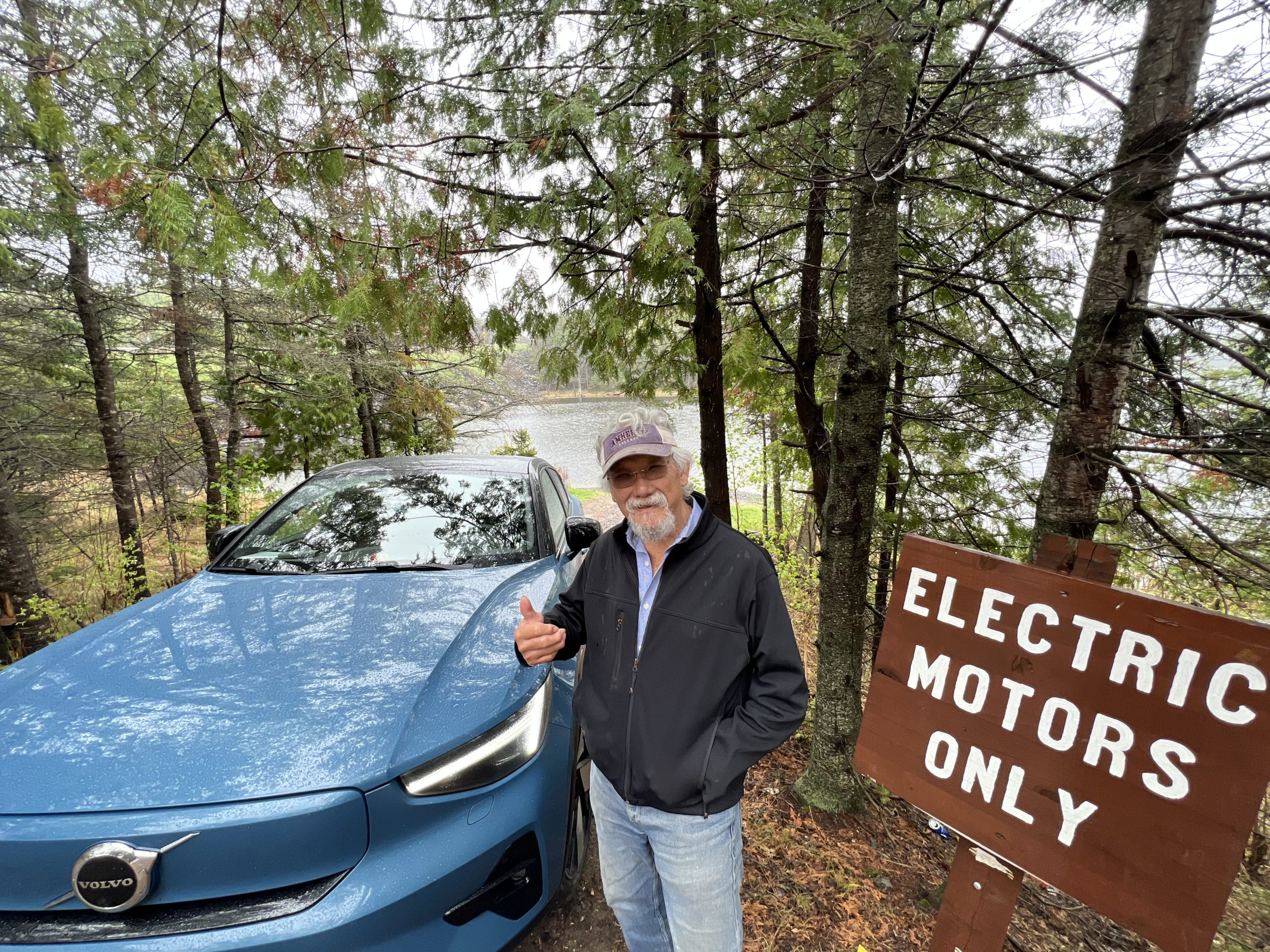 When environmentalist David Suzuki and his wife, Tara Cullis, had to travel from their home in Vancouver to Toronto — to stage their theater production “What You Won’t Do For Love” at the Luminato Festival in June — the couple had to make a big decision. to take .

“The simple truth is that I try to avoid flying in jet aircraft and the reason is that we know that air transport is a very heavy carbon emitter,” Suzuki said. “I flew a lot while working on ‘The Nature Of Things’. Over a year ago, I told the CBC that I would no longer be flying to do the show.”

Suzuki said they were considering taking a bus across the country, but found there were no companies offering direct travel from Vancouver to Toronto. They considered taking the train, only to find that the cost of two round-trip tickets was $18,000—and that, too, was inconsistent with their philosophical beliefs.

“The terrible thing was that the carbon footprint of traveling by train is twice that of an economy class jet, so the freight train was not an option for us,” said Suzuki.

That reduced the couple’s option to ride. They own a five-year-old Leaf, an EV with a total range of 150 miles on a single charge – meaning they had to stop several times during the journey to recharge.

When Volvo Car Canada Ltd., a sponsor of the festival, heard about the couple’s challenge, it offered them the use of the all-electric compact SUV C40 Recharge, with a range of up to 335 kilometers.

Also, Ian Mauro, a filmmaker and executive director of Climate Atlas of Canada, who has known Suzuki for 20 years, and fellow filmmaker Marcel Kreutzer decided to take the trip with the couple and document their journey.

During their trip from British Columbia to Ontario, the group learned about electric car charging and range fears, and came up with some thoughts on what the federal government should do to cut back on fossil fuels.

The trip also documented climate solutions involving people and groups across Canada. They made several stops, including one in Lethbridge, Atla, to visit the Kainai Nation – it works to prevent the extinction of the buffalo on its land – a ranch in Saskatchewan that has embraced solar energy, and the Regina City Council, which has committed to running the community entirely on renewable energy by 2050.

“The trip turned into a really inspiring thing to see that change is happening in terms of moving away from fossil fuels used to generate electricity and travel,” Suzuki said. “The revolution is here. It is undeniable. You can see it in Toronto. Just look at each block and count the number of Teslas. It’s just amazing. (Elon) Musk has really revolutionized electric cars.

“The technology is there – solar and wind energy storage,” he said. “We just need the federal commitment to change the grid so we can use this renewable energy. We need charging stations as often as you find a gas station.”

“The other thing is, yes, we can make it across the country with longer, bigger batteries. But if we stopped in Regina and decided to take a trip to Churchill Falls, or wherever, it could be 150 miles I couldn’t do it because there aren’t enough charging stations.We can go straight from Vancouver to Toronto, but for sightseeing and trips it becomes much more complicated.

“The new cars coming out with 350 or 450 (kilometer range), that’s a great relief from the mileage. Now we want to have the network that allows you to travel on more than just the highway.”

Mauro said driving an EV requires a different mindset than driving a gas-powered vehicle because it’s not as simple as just stopping at an archive station, throttle and go. Instead, you have time to think about what you are doing.

“It makes you think about your impact and the need to use energy wisely,” he said. “In this energy revolution, the vehicles themselves create a mentality that is more in line with ecological thinking. That is simply not possible with fossil fuels that are easily available. Vehicles like this aren’t just technology, it’s a shift in our perspective.”

He said this was most apparent when they were charging their vehicle and spending $20, while a pickup truck full fuel would pay more than $100 dollars. “The more people get behind an electric car, they will realize that this is the future – and that it could change so quickly.”

Suzuki said his experience taught him that driving an electric car is a great way to get around the country, but there has to be a cheaper and more comfortable way to do it.

“I imagine trains and buses are a big part of the way we travel over long distances,” he said. “We need to double our rail lines, so we have fast trains, and we need to have them electrified instead of running on diesel. I think there’s magic when you do that,” he said. “Trains can be a big part of our vacations and we can see our country. It’s a great country.”