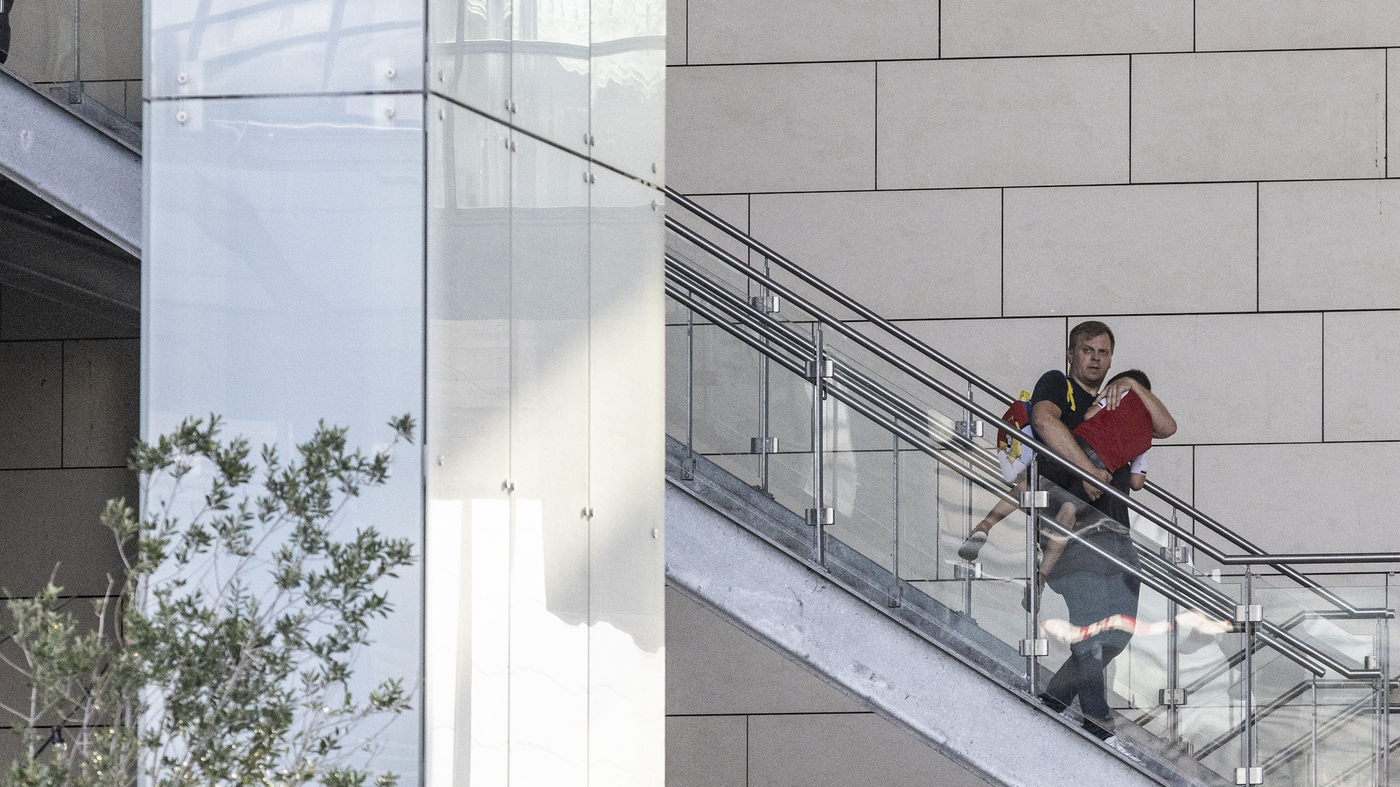 People will be evacuated from Field’s shopping center in Copenhagen, Denmark, on Sunday, July 3, 2022.

People will be evacuated from Field’s shopping center in Copenhagen, Denmark, on Sunday, July 3, 2022.

COPENHAGEN, Denmark – Danish police say they believe the shooting in a shopping center that killed three people and seriously injured four others was unrelated to terrorism. They said Monday that the gunman acted alone and picked his victims at random.

Søren Thomassen, Copenhagen Police Superintendent, said the victims — a 17-year-old boy and a 17-year-old girl, both Danes, and a 47-year-old Russian man — were killed when the gunman opened fire at the Field’s shopping center on Sunday afternoon. , one of the largest in Scandinavia.

Four other people — two Danish and two Swedish citizens — were being treated for gunshot wounds and are in critical but stable condition, Thomassen said. Several other people were slightly injured as they fled the mall, he added.

Thomassen said police had no indication that anyone helped the gunman, identified as a 22-year-old Dane. He said that while the motive is unclear, there is nothing to indicate terrorism, and the suspect will be arraigned on preliminary charges of murder later Monday.

“There’s nothing in our investigation, or the documents we’ve looked at, or the things we’ve found, or the witness statements we’ve received, that can prove that this is an act of terrorism,” he said.

He confirmed that the suspect was known to mental health professionals, but did not provide any further information.

Danish broadcaster TV2 published a grainy photo of the alleged gunman, a man wearing knee-length shorts, a vest or sleeveless shirt, and holding what appeared to be a rifle in his right hand.

“He seemed very violent and angry,” eyewitness Mahdi Al-Wazni told TV2. “He spoke to me and said it (the gun) isn’t real while I was filming it. He seemed very proud of what he was doing.”

Thomassen said that in addition to the gun the suspect had when he was detained, “we also know that he had access to a gun and that he was carrying a knife.”

Footage of the scene showed people running out of the mall in panic. After the shooting, a large contingent of heavily armed police officers patrolled the area, while several fire engines were also parked outside the mall.

“It’s pure terror. This is terrible,” said Hans Christian Stoltz, a 53-year-old IT consultant, who brought his daughters to watch Harry Styles perform at a concert scheduled for Sunday evening near the mall. “You may wonder how anyone could do this to another human being, but it goes beyond… anything possible.”

The concert has been canceled due to the shooting.

On Snapchat, Styles wrote: “My team and I are praying for everyone involved in the shooting at the Copenhagen shopping mall. I am shocked. Love H.”

It was the worst weapons attack in Denmark since February 2015, when a 22-year-old man was killed in a shootout with police after a shooting in the capital that left two people dead and five police officers injured. That attack was believed to have been motivated by Islamic extremism.

The Field’s shopping center is located on the outskirts of Copenhagen, opposite a metro station for a line connecting the city center with the international airport. A large highway also runs next to the shopping center.

The shooting came a week after a mass shooting in neighboring Norway, where police say a Norwegian man of Iranian descent opened fire during an LGBTQ festival, killing two and injuring more than 20.