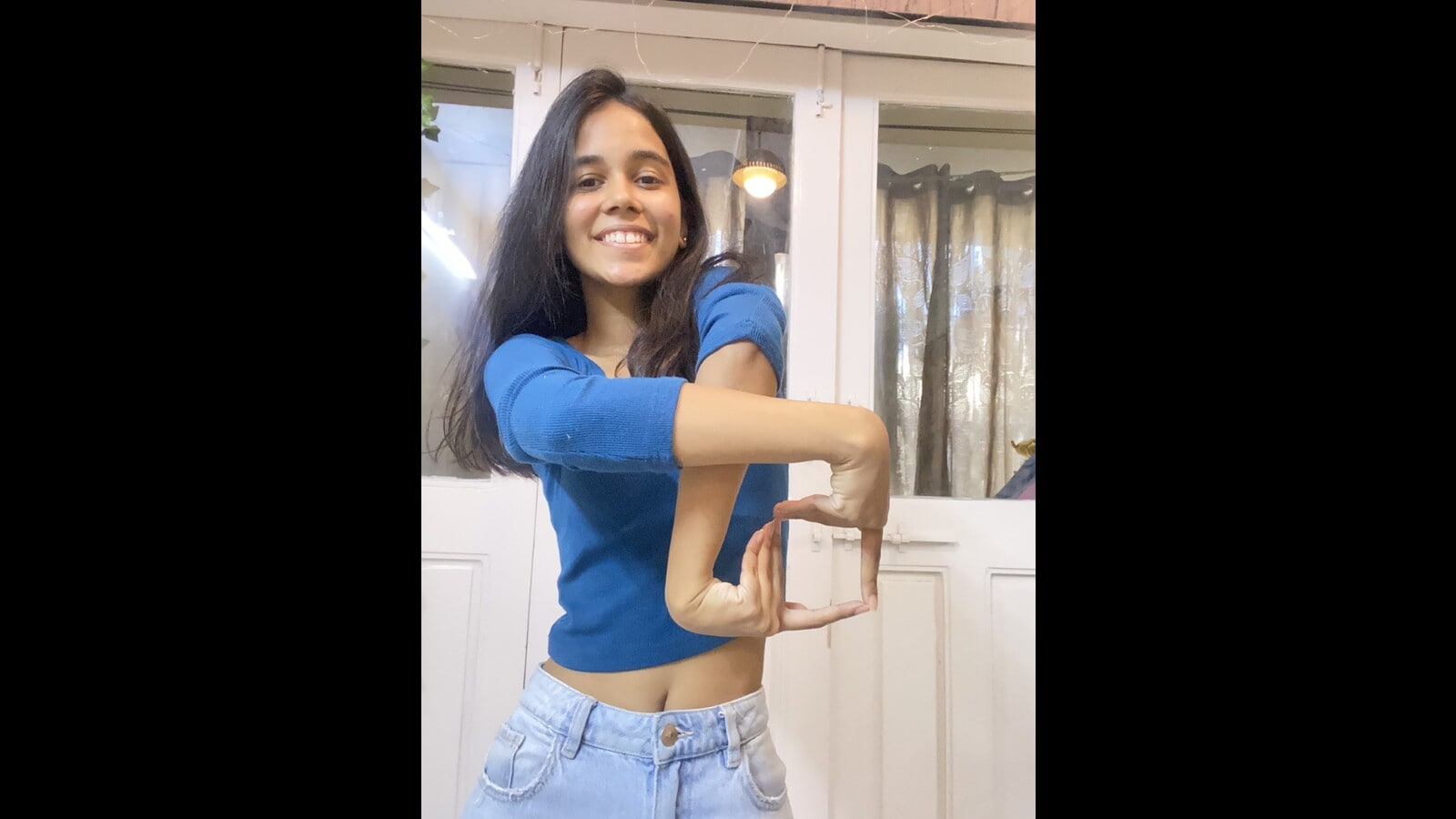 Nidhi Achha, is a dancer from Kurla, Mumbai, who won the Geometric Lady’s Tutt 2 Competition. It is an international dance competition in which female dancers from the US, China, Russia, Great Britain and South Asian countries compete. She is the only Indian who participates in this dance battle.

Tutting is a street dance style that evolved from popping. It involves creating geometric shapes and 90 degree angles with your hands and fingers. It also includes poses seen in Egyptian art and is a play by the name of the child pharaoh King Tut.

“There were two rounds in the final battle and three judges. On the last lap the results were very cut to cut and only a matter of a few points. I was on my way home on the subway when the results were announced and there was so much tension. I was stuck with the math and I wasn’t even sure if I’d won until they officially announced it,” Achha says.

Achha says that even though she knows a lot of great women in the dance community, one of the reasons we don’t see a lot of female tutting dancers is that people are still conservative. “We perform in gardens and other open spaces and sometimes in studios. The dance fights also go on late into the night and having a deadline puts a lot of pressure on a girl that they eventually give up.”

Ask her if her family supports her dance, especially in such a male-dominated field, she says yes, absolutely. “My mother has always supported me. She was the one who got me started dancing by signing up for the classes. And my father is my biggest supporter. This went on for three weeks and I had to constantly record videos of my dancing. He came back late at night and helped me shoot. He never said he was tired if I screwed up and had to do another take. In fact, he would criticize my performance and tell me where I could do better.”

The 23-year-old dancer has no plans to become a full-time dancer. She believes that you have to do many things in life to be good at what you are passionate about. In addition to juggling four dance crews, she is a full-time social media manager and also volunteers at an NGO where young people spend time with people in retirement homes, orphanages and homeless shelters. “It’s a battle to tackle everything, but the battle is good,” she says.

However, she does believe that there are now many opportunities for dancers and dancing can be a stable career. “Street dancing has grown enormously over the years and is still growing. There are opportunities and many big brands choose to go for their ads with real authentic dancers. People choose the right person for the right roles.”

Ask her if tutting can really become mainstream, such as Bollywood dancing or classical, and she says, “There are so many people in India who do tutting. They would like to train other people in the style too. If it [tutting] is shown in the right place, at the right time, in the right life, I think a lot of people would like to learn more about this dance style.”